Bottom line: Unless you’re trying to pull off a ‘stoner Jedi’ look at a comics convention, the Hydrology 9 is very much a novelty.

Right off the bat you have to admit the Hydrology 9 from East Bay pot industry startup Cloudious9 is one of the coolest looking vape things on the market. Polished steel and glass tend to go well together, and the layout of this vaporizer’s design is exceptionally easy on the eyes and one can see why it turned heads when word got out earlier this year before its official release in May.

Herbal vaporizers are devices that gently toast herb to create a vapor, instead of burning cannabis and provide you with all of the best parts of cannabis and its essential oils without the nasty carcinogens. This is accomplished when heating the plant matter to below the point of catching fire. Cloudious9 has added an extra layer of filtration similar to a bong or water pipe, except it’s not actually smoke going through the water but vapor instead.

The vaporizer consists of four main sections. The base which contains both the battery and heating element, the glass tube-like percolator chamber where the water goes, a glass mouth piece, and a metal cap to throw on for when you invert it.

It comes mostly assembled right out of the box, but there’s some work to be done. You will have to disassemble the watertight chamber in the center of the device to remove a silica bag inside before you can fill it up with water. It also took about an hour using the included A/C adapter to get the vape up to a full charge.

So you’re charged up and ready to vaporize some cannabis, awesome. You’ll need to unscrew the bottom piece. Don’t worry, just flip the whole thing over and stand it on its top with the mouthpiece cap on. There are some magnets in there to prevent any leaking of water.

The bottom of the device containing the herb chamber can be tricky. The chamber’s cap contains a dial that you can use to stir the materials inside that you’re vaping. You might spend a minute spinning that cap expecting it to pop open but in reality just grip the bottom inch of the whole cylinder and twist.

For the size of the device and roughly five-pound weight empty, the chamber felt small –holding well under half a gram comfortably, and was definitely a one-person serving size. Some of the real pros would probably need a refill after a single pack.

We filled the chamber with the strain Wedding Cake from growers Alien Labs and Seed Junkies, a very fine strain that was the runner up in the indica category at the recent High Times Cannabis Cup Nor-Cal, chopped up in a grinder called a Mendo Mulcher. To get the most bang for the buck in flavor and quality of vapor, always make sure to use a grinder. Even one of the $5 plastic ones from a local smoke shop or online is better than breaking weed up with your fingers; which compresses the bud and destroys its aroma and active ingredients.

Now let’s address an industry-wide issue: confusing, one-button, LED control systems. The Hydrology9 suffers from this trend. Are people afraid of more than one button? Do you know what has one button? Morse code. I don’t want to be typing in SOS trying to get my vaporizer to turn on. You’re paying the extra buck for gizmos and knobs once you get into this price bracket and shouldn’t settle for anything less.

But once you do turn it on, boy is it cool to look at. The LEDs, glass, and water give it a look and glow that are very unique. The manner in which the lights flash dictates which of the five heat settings you’re on. Then will flash a green as it heats to that setting, when it’s good to go the light will stay green and cease flashing.

We set it to 4th highest setting of the five immediately to see what we were dealing with, and we expected this to lead to thicker vapor rips, but the water seemed to tone it down a lot. Overall the whole concept of water-filtered vapor didn’t really blow us away. It tasted lighter than competitors, sure, but is that a good thing? I mean, we’re dealing with a vaporizer here, aren’t most of the carcinogens already missing. What do we even need the water for? The flavor felt very faint in terms of herbal vaporizers.

The actual cannabis inside lasted a few deep pulls before it tasted done. I gave a twirl of the built-in chamber stirrer and it still tasted done.

It worked in the end and I got high but didn’t feel like I got the most out of that award-winning cannabis as I did when enjoyed in other settings, specifically the terpene profile. The terpenes are what dictate not only flavor but the way your body interacts with the cannabis. I feel like the filtration made me miss out on some of the experience of the Wedding Cake. As opposed to if I had put it in a higher-end vaporizer like the Pax 3, but especially in a joint, blunt, or bong. If you’re into middle-of-the-road vape pen highs that aren’t too racy and won’t get you stuck to a couch either this might be perfect.

In the end I fully admit that if you’re into fun, wacky ways to smoke pot, LED lights, or Yoda, this maybe be the “portable” herbal vaporizer for you!

The Hydrology is by no means the only offender, but it would seem some of the newer faces in the world of vaporizers seem to be disconnected from the daily user and there is a lot of overpriced, flashy gadgetry with dubious accessories that aren’t really practical.

Well under half a gram comfortably

The flavor felt very faint in terms of herbal vaporizers. 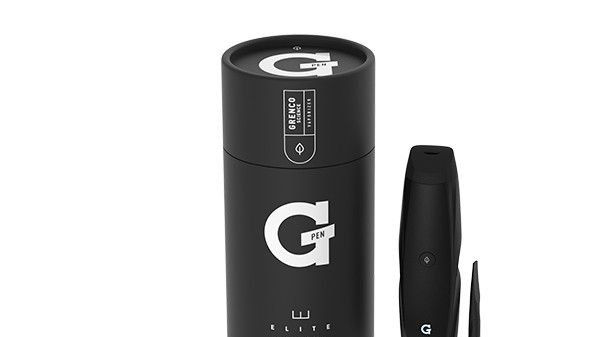 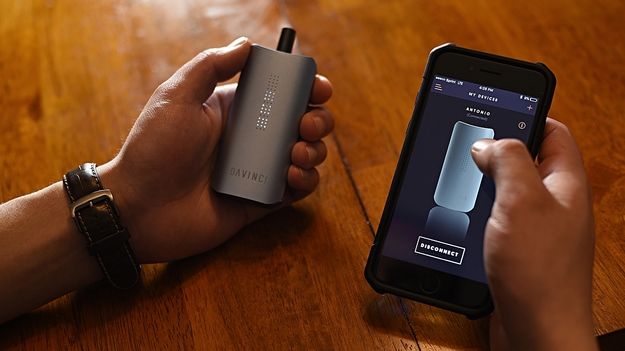