Pot is often the last thing people associate with productivity, and employers nationwide can generally fire any worker for marijuana use — even if it’s off-the-job and recommended by a doctor. But times are changing.

According to data gathered by the cannabis market research firm BDS Analytics of Colorado, cannabis users are better educated, make more money and are more likely to be employed than pot’s critics. California weed users averaged $93,800 in household income, versus $75,900 for those who reject legalization. In Colorado, 64 percent of weed consumers are employed full-time, versus 54 percent of those who oppose legalization. Moreover, state courts are beginning to rule in favor of worker’s compensation claims for medical marijuana bills, as well as bans on workplace discrimination against medical pot users.

Amidst these societal changes, technology is also redefining what is means to use pot. You no longer have to smoke it, and you don’t have to get high. At the intersection of productivity and cannabis are often vape pens — disposable, pen-sized vaporizers that use battery power to create a therapeutic mist. We reviewed three new vape pens to see how well they pair with a hard day’s work.

ZEN PEN
Calm by hmbldt
Big presentation jitters? Cannabidiol (CBD) is the second most common active ingredient in cannabis and is clinically proven to reduce performance anxiety, the journal Neuropsychopharmacology reported in 2011. Enter the “Calm” pen from new vape pen brand hmbldt, which provides 200 hits of CBD. A cool, vibrating mechanism tells you when to stop inhaling. Calm tastes woodsy, like the smells pulled from a cedar box. But let’s be honest — as sleek as this pricey vape looks, its white color and rounded edges conjure notions of a tampon.

BRAINSTORMER
Rose Gold Highlighter by Bloom Farms
The Highlighter has more of pot’s euphoria chemical — tetrahydrocannabinol — than the other pens reviewed here, so it’s best for stimulating creativity or an energy boost at the close of the day. Its vapor tastes like a creme brulee, or a caramelized sugar over a muted sweetness like a natural vanilla extract. But the consistency of the hits from this vape vary depending on how the top is screwed on and the angle at which the pen is being held. We liked that you can recharge the base of this pen, and re-use it with new oil cartridges. Compared to the other pens reviewed, the pen’s clear reservoir also better-indicates how much oil is left inside.

FASHION FORWARD
Sativa Blend by Beboe
Using Beboe’s debut pen feels like pulling from a glamorous cigarette holder described in an F. Scott Fitzgerald novel. It’s got a sophisticated, layered flavor that works well amid after-hours networking and tastes like dark, candied berry — like cherries dipped in brandy — before closing with a slight sour note. The extract in the pen is much less potent than many pens on market, so there’s less chance it will increase anxiety. The lower potency also makes for smooth pulls that won’t end in unglamorous bouts of coughing.

Ellen Holland is the senior of editor of Cannabis Now magazine in Berkeley, Calif. 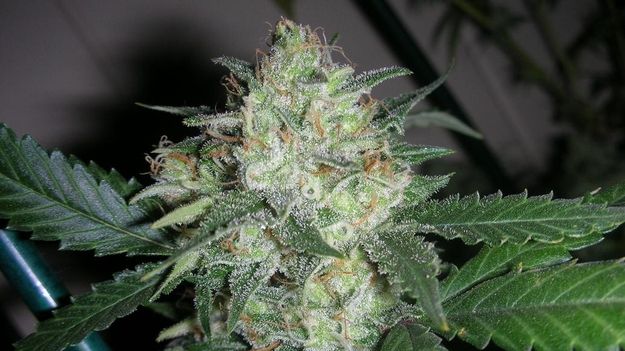