DANBURY – During a public hearing about plans by a Bethel marijuana dispensary to expand into a former bank building on the city’s west side, the question was asked multiple times whether the drive-thru window would be used.

The answer at the time was ‘no.’

But now that plans have been approved for D&B Wellness to occupy a three-story bank building on Mill Plain Road, the Bethel-based medical marijuana dispensary wants to make use of the drive-thru window, as dispensaries do out west and across the country.

An attorney said the idea came from those who spoke in support of the dispensary during the public hearing.

“A number of speakers, including two or three members of the Danbury City Council questioned why the proposal did not include a drive-thru since the clientele who use the medical marijuana dispensary are often suffering from physical impairments that limit their mobility and would be the very people who would benefit from a drive-thru window,” said attorney Neil Marcus in a petition to the city Zoning Commission. “The applicant joins in the opinion expressed by the public during its hearing process that a drive-thru would be appropriate and beneficial to a medical marijuana dispensary facility.”

Paul Rotello, the minority leader on the City Council, was among those who raised the question about the drive-thru window, saying it would be a good option to keep open.

“People with compromised immune systems tell me they get nervous going into crowds on a normal day, and during COVID it has been highly stressful for them,” Rotello said on Tuesday. “Nothing could drive the point home more than COVID – that if you are trying to socially distance, what is better than being in a car with the window rolled up?”

For D&B Wellness to use the drive-up window at its new location, Danbury would have to drop its drive-thru restriction on marijuana dispensaries.

The city’s nine-member Zoning Commission has referred the request to the Planning Commission for an opinion, and has scheduled a public hearing for June 8.

It was not immediately clear how soon D&B could renovate the 60,000-square-foot bank building. Once D&B makes its move to Danbury armored trucks will make regular deliveries of marijuana to the new location, where marijuana will be stored in the vault. Should the drive-thru be permitted, cars would pull up for window service the way they did when the building was a bank.

The city entertained a similar request for drive-thru service in 2020, when a downtown pharmacy moved to a former credit union building with a drive-thru window.

Main Street Pharmacy received special permission in August, after promising to use the drive-thru window only for prescriptions and medications.

D&B Wellness’ attorney suggested the dispensary was no different.

“It’s common for general pharmacies to have drive-thru windows in the city,” Marcus wrote. “[This] petition is filed to … allow the facility to better serve the community.”

“If you’re in for a penny, you’re in for a pound,” he said. “If you are of the opinion that medical marijuana has a therapeutic benefit and you understand the clientele, why not try to accommodate them as much as possible?” 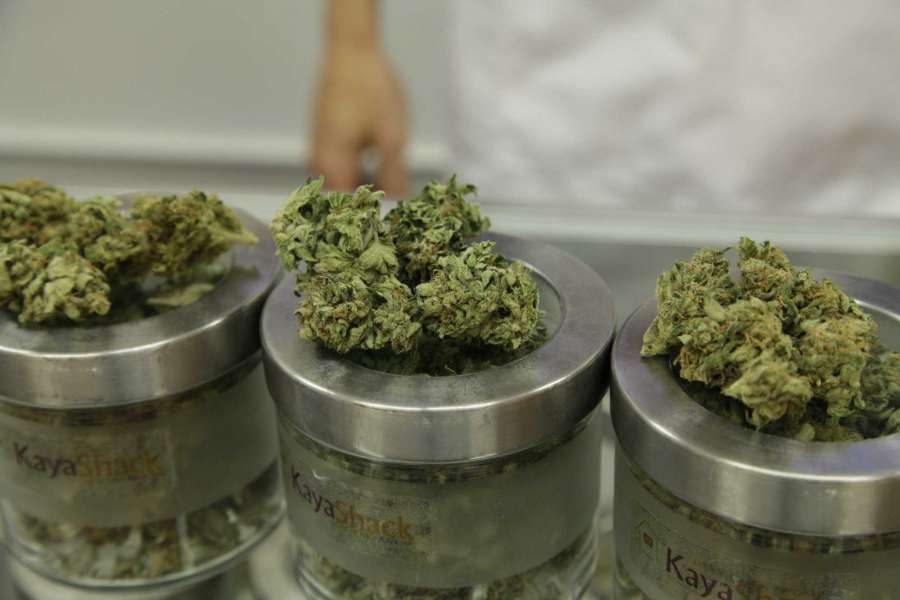