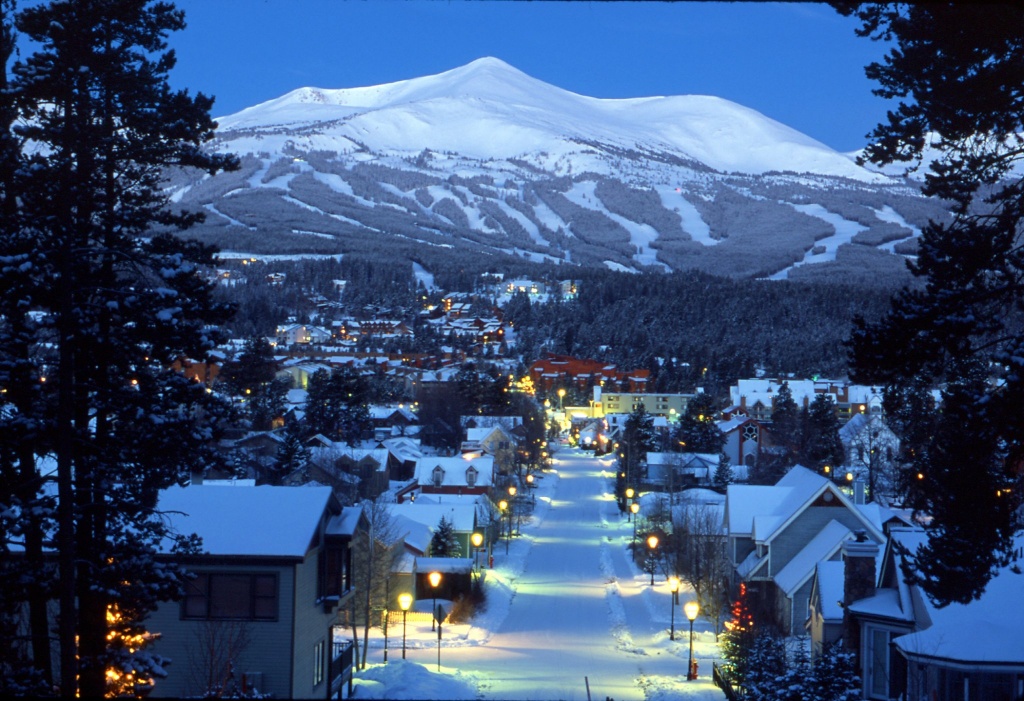 Breckenridge is a mining-turned-ski town and is a primary center of activity. (Photo: Carl Scofield, AP)

When powder calls, there are few places in the West to answer it like Summit County, Colorado.

Standing in the center of the county, you’re within 20 miles of five ski resorts: Copper Mountain, Breckenridge, Keystone, Arapahoe Basin and Loveland. There are also plenty of cross-country trails, tubing hills, mountain coasters and other diversions when you’re in need of a break from downhill runs.

But it’s not all about the snow. There’s a growing year-round population, and that’s led to ascendant (and often quirky) arts and culture, including plenty of terrific restaurants and breweries.

Of the towns, Breckenridge, the mining-turned-ski town, is a primary center of activity. To the north, Frisco, Dillon and Silverthorne are strung along I-70 and provide convenient bases for skiing multiple resorts.

Get your bearings with the GreenState Breckenridge Awesomeness Map

(Map ProTip: use the ‘zoom’ function in the bottom left corner to zoom in on details)

Why go? Just off I-70, Altitude Organic has won over locals and tourists since opening in Summit County in 2016. Medical and recreational counters stock a nice variety of buds, extracts, edibles, and topicals, but quality is emphasized over quantity.

What to try? The flower selection is pretty meh. We’d pick up a Pax Era vape pen (usually $20) paired with some Pax Era “pods” ($60 for a half-gram, which will last longer than your average visit to Breck). You can enjoy these things anywhere, no one’s the wiser. Plus the vapor is nicer to your throat than smoking, a plus when you’re already dried out at altitude.

Why go? It’s a better spot for flower than Altitude Organic. With four locations, High Country Healing is closing in on a decade in operation, but it keeps getting better. It won the inaugural Grow Off competition in 2017, besting 38 other Colorado growers, along with best dispensary honors from the Summit Daily‘s “Best of Summit.” In Silverthorne, the med/rec dispensary has a new window into a grow room from the reception area and an unhurried, “Pick Your Own Buds” approach to customer service.

What to try? The 23% THC Blue Dream, the Bruce Banner #3, the Cookies and Cream. The Mountain High cherry suckers are perfectly dosed at a tolerable 10 milligrams — novices will stop halfway through the sucker when the effects kick in.

Why go? Open since 2010, Breckenridge Organic Therapy has extensive inventories of flower, concentrates, edibles, topicals, and every other cannabis category. The recreational dispensary gets high marks for its competitive pricing and daily specials.

We've got a whopping 28 strains in shop! Here's a close up of our ever so popular Bruce Banner #brucebanner #bot #cannabis #breckenridge #flower

A post shared by Breckenridge Organic Therapy (@breckorganictherapy) on May 1, 2017 at 5:28pm PDT

Breckenridge has the highest concentration of restaurants and bars, but there are numerous options around the Lake Dillon Marina and in downtown Frisco.

On Main Street in Breckenridge, Downstairs at Eric’s is a boisterous basement hangout with vintage arcade games, solid pub grub and 50 beers on tap. Motherloaded Tavern is a quirky place offering comfort food, fruity cocktails in Mason jars and live music. Just up the hill on Ridge Street, Fatty’s Pizzeria is a local favorite, an 1800s-era boardinghouse turned bar and grill. The Historic Brown is a 150-year-old hotel with a bar and music venue that’s popular with the locals.

Open since 1997, the Dillon Dam Brewery is the largest brewpub in Colorado’s high country and a standby for hearty American food and hose-brewed beers. Another local standby, Moose Jaw in Frisco is a longstanding bar and grill known for its burgers. 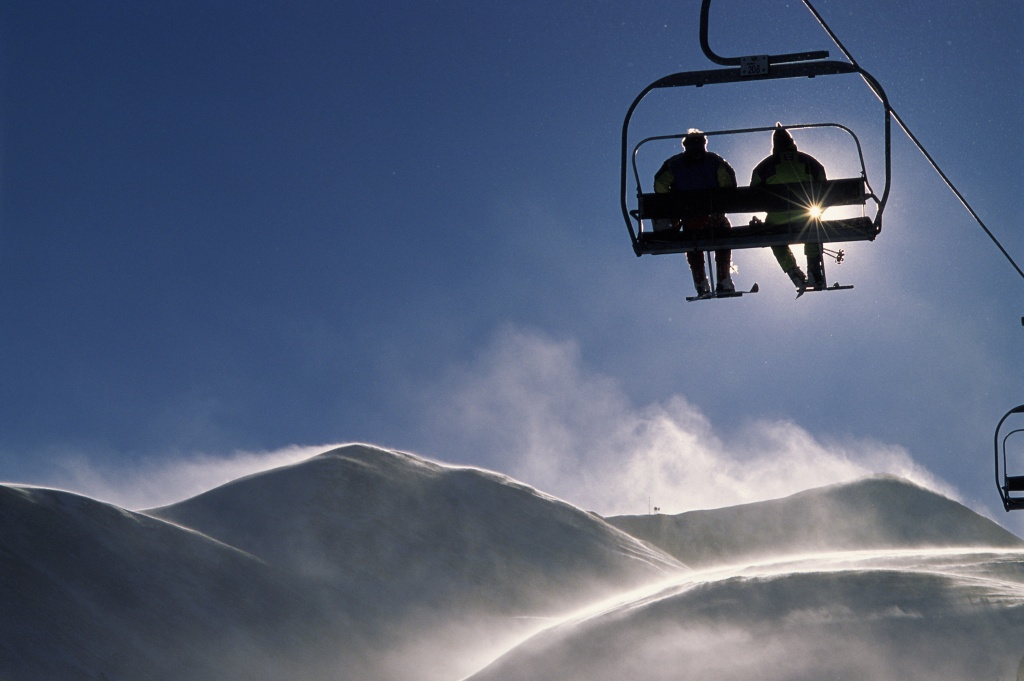 Ullr, the Norse god of snow, is a more popular deity in Summit County than his better-known stepfather, Thor. Beyond Breckenridge’s annual Ullr Fest in January, there’s no better way to worship the big bearded guy than hitting the slopes.

There are three destination resorts in Summit County: Just west of Frisco at the eastern foot of Vail Pass, Copper Mountain is plenty big (2,490 acres) and known for long, challenging runs and laid-back atmosphere. The lively base village features lodging, dining, and several apres-ski stops, plus an action academy in Woodward Copper.

With lifts and a gondola in the town of the same name, Breckenridge is one of the most popular resorts in North America. It’s also one of the biggest, with 34 lifts and 187 trails on 2,908 acres. The resort spans five distinct mountains and includes the highest ski lift in North America — the Imperial Express Superchair drops you off at 12,840 feet above sea level — and a nice mix of runs for all ski levels.

Northeast of Breckenridge, Keystone is known for its family deals and activities and tree and mogul runs. It’s the biggest of the three resorts — its 3,148 skiable acres are bested only by Vail and Snowmass in Colorado — and has a pair of gondolas among its 20 lifts.

If you’re looking to save some money, there are also a pair of smaller resorts that target day skiers and locals. On the west side of Loveland Pass, Arapahoe Basin is known for its steep and deep runs and the wide-open Montezuma Bowl on its back side. Just east of the Continental Divide in Clear Creek County, Loveland offers some great terrain above the Eisenhower Tunnel and a low-key vibe.

Cross-country skiers and snowshoers have their pick of Nordic centers: Breckenridge, Gold Run, and Keystone. The Frisco Nordic Center is adjacent to Frisco Adventure Park, with a tubing hill, sleigh rides, and Tumble Bubbles — nine-foot human hamster balls that offer a different way to play in the snow. 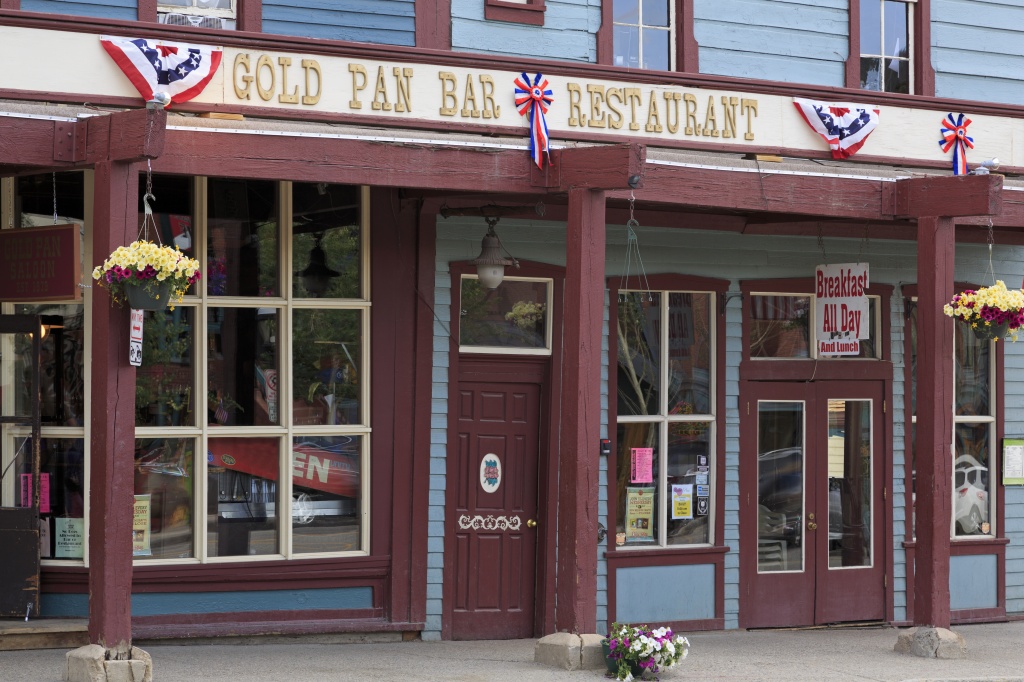 For more than 150 years, Breckenridge has been one of the more boisterous towns in the Rockies. The town was nicknamed “Colorado’s Kingdom” in the 1930s after locals made the dubious claim that it had never been officially annexed into the U.S.

As gold miners gave way to ski bums, Main Street remained the center of activity, and today is lined with restaurants, shops and galleries. For a history lesson with a side of booze, carouse in a time-tested barroom: The Gold Pan Saloon is said to be the longest continuously operating bar west of the Mississippi River. (Management ignored Prohibition.) For a more traditional primer on local history, the Breckenridge Heritage Alliance operates a number of museums and historic sites.

In the heart of town, the Breckenridge Arts District includes a collective of restored historic structures that have been repurposed as artists’ studios, as well as a pair of theaters for performances and film screenings. 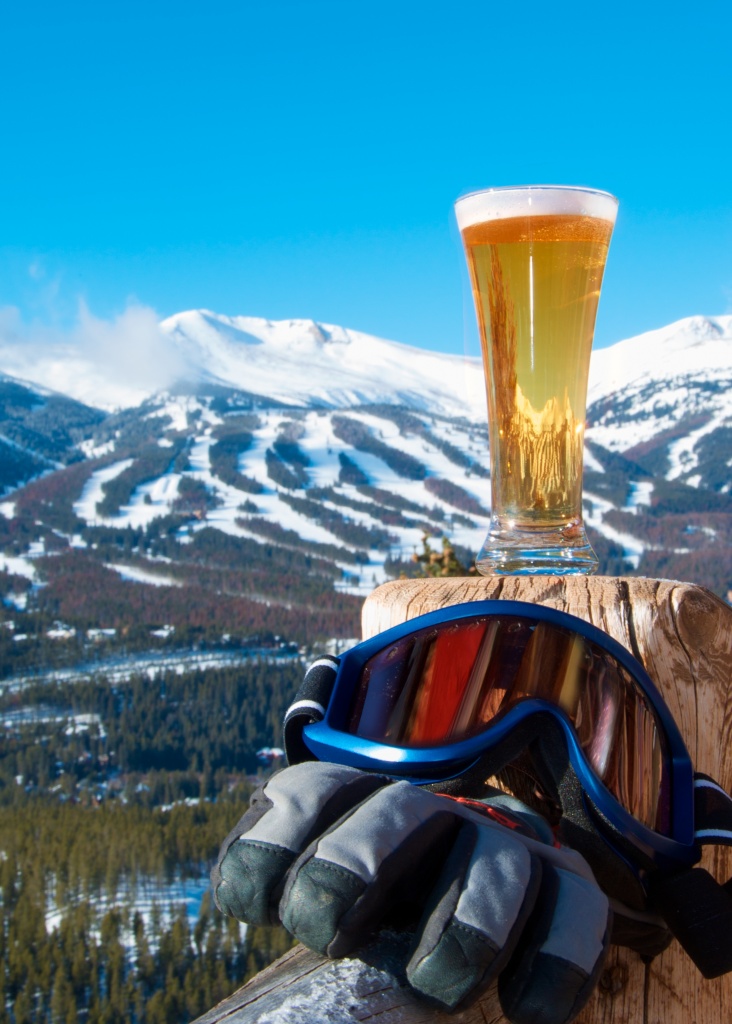 There are no shortage of places to wet your whistle with local suds and shots in Summit County: Outer Range Brewing in Frisco is a good place to start, an upstart new brewery that specializes in IPAs (there were seven different varieties of the latter on tap on a recent visit).

In Silverthorne, Bakers’ Brewery offers a diverse menu of pub grub and house-brewed beers. Near Dillon Dam Brewery, Pug Ryan’s is a brewpub/steakhouse that operates a Tiki bar at the Lake Dillon Marina in spring and summer.

For those looking for something a little stronger, Breckenridge Distillery offers a number of whiskeys, along with spiced rum, gin and vodka. The distillery is on Airport Road, and it also operates a tasting room downtown.

Crest Hoosier Pass south of Breckenridge to get to Alma in neighboring Park County. At 10,578 feet above sea level, the community of about 300 residents claims the distinction of the highest town in North America. (It’s a little higher than nearby Leadville, which is the highest city in North America.) The mining boomtown succumbed to a smallpox epidemic in the 1860s, but has rebounded in recent years as an affordable place for Summit County’s working class with a funky little downtown and an enviable (albeit remote) location at the foot of Mount Silverheels. 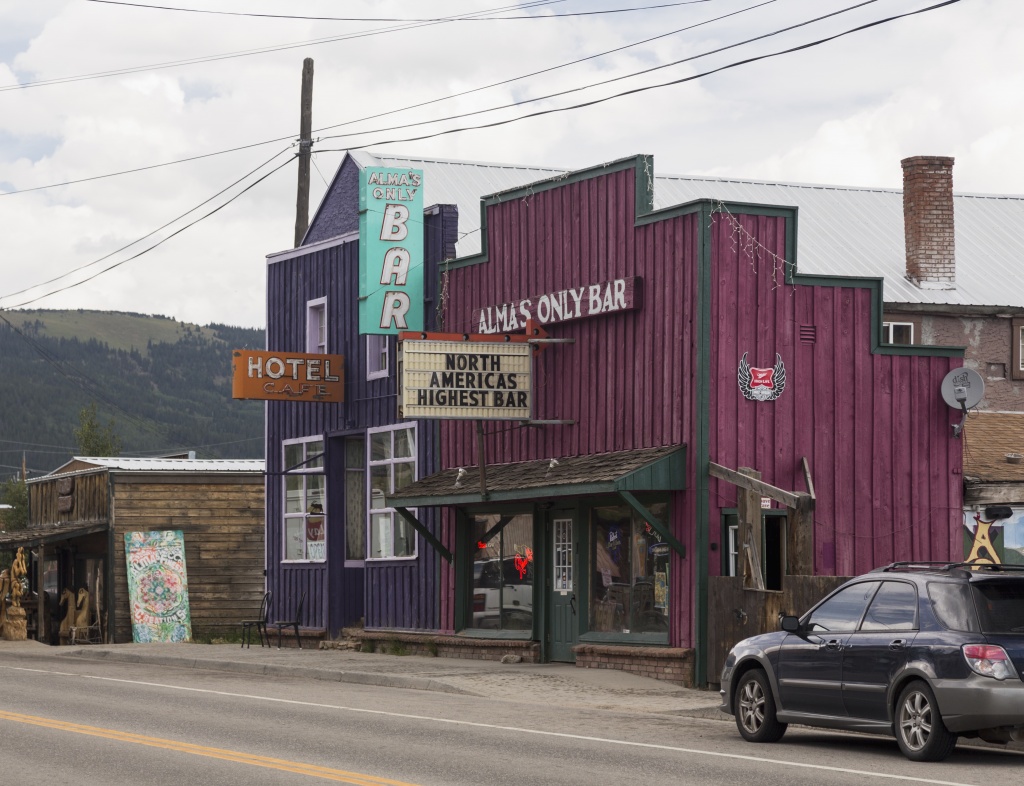 How To Get Around Summit County

Located about 80 miles west of Denver International Airport, Summit County is typically accessed by rental car or a shuttle service like Colorado Mountain Express. Bustang offers bus service from Denver and other locations.

Beyond Main Street in Breckenridge, Summit County is not very walkable, but it has a good bus system in the Summit Stage. Free buses connect the towns and resorts from about 6:30 a.m. to after midnight.

Where To Stay in Summit County

Most lodgings in Summit County have a no-smoking policy. For cannabis-friendly lodgings, your best options are vacation homes through Airbnb and VRBO.

One exception is the Bud+Breakfast in Silverthorne, a five-room, Grateful Dead-themed B&B with a Wake and Bake Breakfast and 420 Happy Hour.

Other wallet-friendly lodging options in Summit County include The Bivvi, a hostel-boutique lodge hybrid on the south side of Breckenridge, and the Snowshoe Motel on Main Street in Frisco. 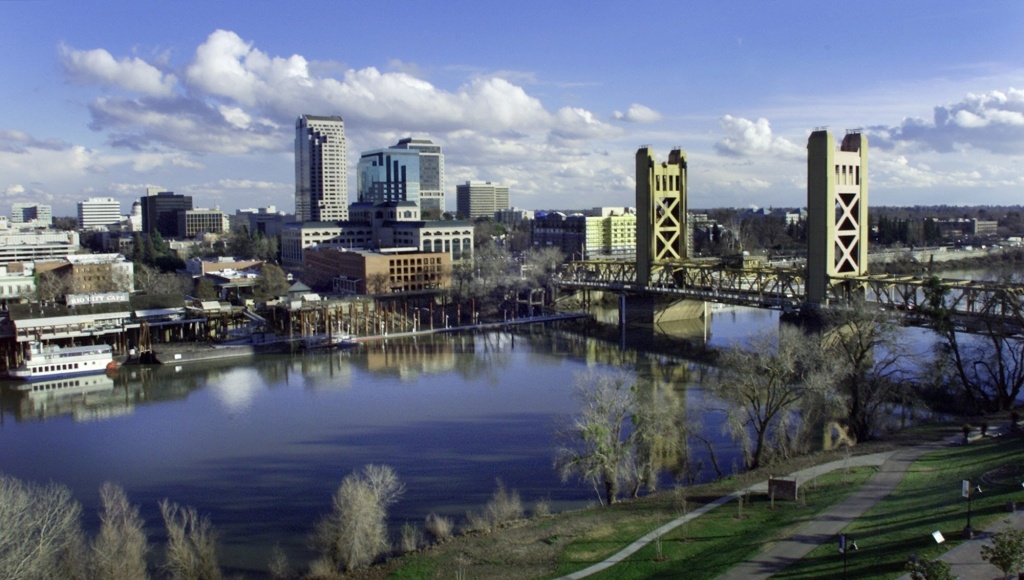 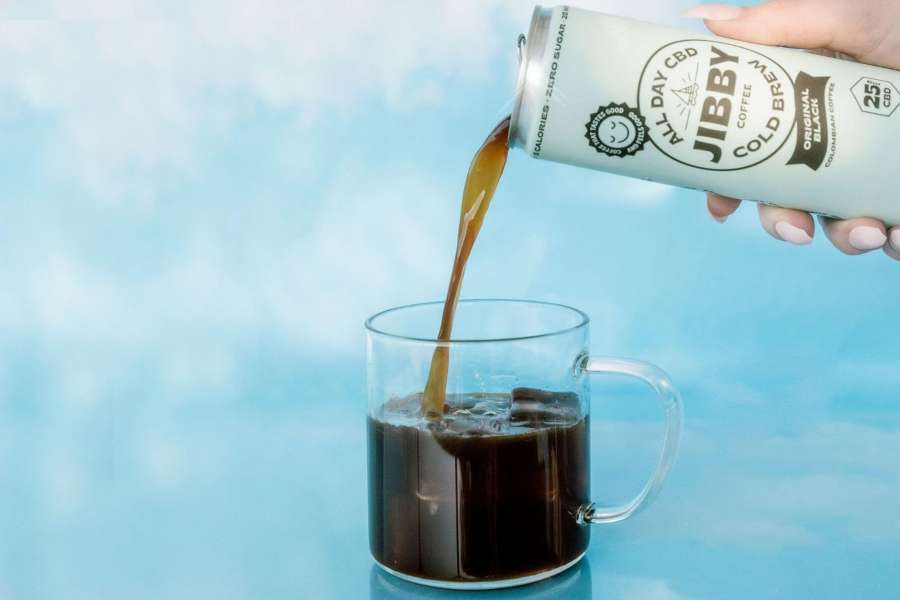 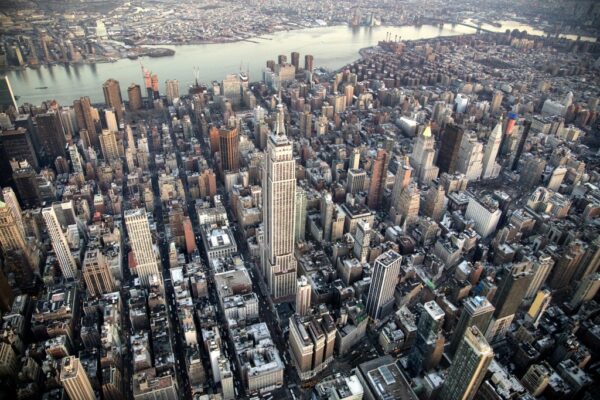