According to a recent Gallup poll, Americans are more likely now than ever before to support recreational marijuana legalization in the U.S.

Conducted this October, the poll asked adults living in the United St­­ates if they believed marijuana should be made federally legal. Of those who responded, 68% said they believed it should be legal.

Nominally, this is the most support for marijuana legalization recorded to date – a 2% increase from last year’s 66%. When Gallup first polled the question in 1969, only 12% were in favor.

If the past few years have taught us anything, though, it’s that what looks obvious in polls is often more nuanced in reality. But what’s intriguing about these statistics is not so much the amount of support for legalization, but the bipartisan nature of marijuana supporters.

While Americans are divided on almost every other issue, Gallup reports as many as 48% of Republicans questioned supported legalization, along with 83% of Democrats. Additionally, two red states (Montana and South Dakota) legalized adult-use in the November election.

RELATED: 2020’s Landslide Marijuana Win: 1 in 3 Americans Now Live in a State Where Cannabis is Legalized

So, with bipartisan, majority support for federally legalizing recreational marijuana and a new administration coming to the White House, it’s worth asking the big question: How close are we?

According to Violet Cavendish, Communications Manager at Marijuana Policy Project, we may see major cannabis reforms in the next year.

“Legalization is supported by a supermajority of Americans and there is no excuse for inaction,” Cavendish told GreenState. “As more states continue to move forward with enacting legalization laws, the pressure at the federal level will continue to increase. We are hopeful that Congress will pass marijuana reform legislation next year.”

Cavendish pointed out that there will need to be “compromise and cooperation” between the House, the Senate, and the President for federal legalization to happen under the new administration, as well as consistent momentum from cannabis supporters. With the race for the Senate still in the balance, it’s hard to predict how likely there is to be an accord between these players, but here’s what we know now:

The president-elect promised to “decriminalize the use of cannabis and automatically expunge all prior cannabis use convictions” in his Plan for Black America, released this spring. The pledge was a driving force in his political campaign, and has received widespread approval from his party.

When it comes to recreational legalization, though, Biden’s views are borderline conservative, even though roughly 8 in 10 self-identified liberals and Democrats support it, according to Gallup. He announced in his Plan for Strengthening America’s Commitment to Justice that he would support medical marijuana on a federal level, while leaving decisions regarding recreational marijuana to the states.

RELATED: House Votes to Legalize Marijuana at a Federal Level

While this may sound hopeful, let’s not forget that Trump made the same statement in his 2016 campaign. Four years later, nothing has changed.

Rather than legalize recreational marijuana, Biden has suggested rescheduling it from a Schedule I drug to a Schedule II drug, in hopes of making it more easily available for testing.

“They’re trying to find out whether or not there is any impact on the use of marijuana,” Biden recently said on the iHeartRadio podcast “The Breakfast Club,” “Not in leading you to other drugs. But does it affect long-term development of the brain? And we should wait until the studies are done. I think science matters.”

But skeptics say rescheduling cannabis will do little to effect accessibility. Schedule I drugs are already available for research, and many Schedule II drugs, like cocaine, are still very difficult to obtain for medicinal purposes, even for the dying.

So we probably see Biden spearheading recreational cannabis legalization at a federal level in 2021. But what if someone else did?

Now we look to Congress.

The House of Representatives voted in favor of a bill (The Marijuana Opportunity, Reinvestment, and Expungement or “MORE” Act) on December 4th that would decriminalize marijuana at a federal level by removing it from the Controlled Substances Act (i.e., descheduling it.) However, the bill is unlikely to pass the Republican-controlled Senate.

There is hope for decriminalization in 2021, though. At this point in the arduous 2020 election, Democrats hold the House of Representatives, and the Senate majority rests on two remaining seats, to be decided in the Georgia special election this January. Should Democrats win those seats, the odds of a decriminalization bill passing look promising. New House Democrats have already shown support for descheduling marijuana, and the president-elect has announced his approval of the measure as well.

If cannabis was decriminalized in the U.S. (whether now or in the next year), it would have several implications that would help normalize marijuana use and, potentially, further the cause of recreational legalization. First, it would put an end to government interference with cannabis research, making it much easier to weigh the risks and benefits of the plant. It would also make it more accessible for medical purposes. For the first time, veterans seeking medical cannabis could be prescribed it by the VA.

It’s difficult to imagine the next four years without federal legalization, at least for medical marijuana, when you combine the implications of decriminalization with the ever-growing number of states (red and blue) that are legalizing adult-use. Cavendish said that the increased testing, understanding, and normalization of cannabis that would come from decriminalization combined with bipartisan support for it among voters may be just enough pressure to turn the tide.

“The marijuana reform movement has a strong opportunity to bring about a major change in federal policy,” Cavendish said. “Four states fully legalized marijuana on election night, from deep blue New Jersey to deep red South Dakota. It’s clear that marijuana reform is a bipartisan issue and is strongly supported by the American public.” 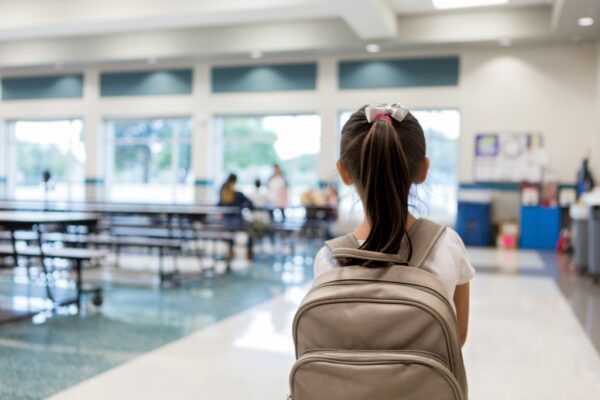