A green wave swept over the nation on election night. In a monumental referendum on cannabis across the country, every cannabis measure on the ballots in five states voting on marijuana policy passed. The 2020 election brought the total number of states to legalize recreational marijuana from 11 to now 15, and the total to legalize medical marijuana from 33 to now 35. A full 1 in 3 Americans live in a state where marijuana is to be legal.

“From the Badlands to the Jersey Shore, and from the Grand Canyon to Big Sky Country, Americans across the country have embraced the idea that marijuana legalization is the policy decision that best serves the interest of public health, public safety, and, most importantly, justice,” Matthew Schweich, Deputy Director of the Marijuana Policy Project and one of the leaders of the legalization campaigns in Montana and South Dakota, said.

To be clear though, that doesn’t mean people there can light up legally immediately. New Jersey’s attorney general told the Associated Press, “All of the state’s criminal laws relating to marijuana continue to apply, until, among other things, the Legislature enacts a law creating that regulatory framework.” Attorney General Gurbir Grewal added, “It is important that residents accurately understand the current situation, so they do not inadvertently engage in criminal conduct relating to marijuana- conduct that may be legal in the future once the Legislature acts, but is not presently legal based on [Tuesday’s] vote.”

Here are what changes you can expect to see in these states:

With 85% of precincts reporting, The Associated Press and CNN project Proposition 207 will pass, legalizing recreational cannabis in the state of Arizona.

According to Arizona state law, the bill will take effect immediately – so, as of now, the possession of up to one ounce of marijuana by any adult 21 years or older in Arizona is legal. You can also cultivate up to six plants at home (but no more than 12 if your home contains more than one adult.)

The Arizona Department of Health Services is required to begin licensing recreational marijuana dispensaries by January 2021. There will be a 16% sales tax on all cannabis products in the state.

Along with implementing regulations for recreational cannabis cultivation, sale, and use, it will also change the state’s criminal law. From now on, those found with more than one but less than 2.5 ounces will be charged with petty offense if over 21 years of age, and charged a $100 fine and drug counseling on first offense if a minor. The new law also opens a pathway for those with prior marijuana convictions to have their records expunged.

Arizona's voters have decided Prop. 207 has been passed! Together, we are righting a historic wrong by decriminalizing marijuana, increasing revenue for the state, and creating thousands of new jobs in Arizona. pic.twitter.com/HP89CxacgS

Arizonans have been fighting to legalize cannabis for adult-use cannabis since medical marijuana was legalized in the state in 2010. In 2016, the question of recreational cannabis made it to the ballot, but was shot down when Arizona was the only state out of nine to reject a recreational marijuana measure in that year’s election.

Having faced a myriad of obstacles, Mississippi cannabis-enthusiasts are finally breathing a sigh of relief, with 93% of precincts reporting, The Associated Press projects Initiative 65 will pass, legalizing a robust medical marijuana program in the state.

The bill allows patients with one of 22 qualifying conditions (including cancer, epilepsy, and PTSD) to use and access medical marijuana, and allows licensed treatment centers to provide medical cannabis.

The Mississippi Department of Health is required to issue its first medical marijuana cards to patients by August 15th, 2021, and to develop regulations for the program by July 1st, 2021. So, the earliest Mississippians will be able to obtain medical cannabis will be this summer.

What an incredible day for patients!

Voters overwhelmingly approved INITIATIVE 65, making Mississippi the 35th state to establish a medical marijuana program. Thank you to everyone who supported 65 & got out & voted today. You made a difference for these patients! pic.twitter.com/E1vHB1OG1i

Under the alternative program, only terminally ill patients would have been permitted to smoke cannabis for medicinal purposes, and patients who did qualify would be required to receive treatment oversight from licensed health practitioners. Additionally, it would have required patients to use only “pharmaceutical-grade” cannabis, which is scarce.

On January 1st, 2021, Montana residents 21 years and older will be allowed to possess and use up to one ounce of marijuana, and at-home cultivation of up to four plants will be permitted. Furthermore, those with prior marijuana convictions will have the ability to have their record expunged.

The vote came in two parts, with Initiative 190 legalizing cannabis use, as well as regulating cannabis sales, and Constitutional Initiative 118 setting the legal age to use it. Spearheaded by New Approach Montana, the initiatives demand state lawmakers create an adult-use cannabis regulatory program under the Department of Revenue, which will be in charge of licensing and regulating cannabis businesses and testing facilities. The program is required to issue its first licenses by October, 2021.

Once on the market, retail cannabis will be subject to a 20% excise tax.

Montana is now the 15th state to legalize marijuana for adults 21 and over! MPP is proud to have played an instrumental role in this campaign! pic.twitter.com/eWpzp1ysJs

This is the first notable cannabis policy reform in the state since Montana was one of the first in the country to legalize medical marijuana in 2004.

With 63% of precincts reporting, the Associated Press and The New York Times project Constitutional Amendment SCR183 will pass by a wide margin, making the state is the first in the Mid-Atlantic to legalize recreational cannabis. The vote may influence surrounding states such as New York and Connecticut to follow suit.

As of January 1st, 2021, marijuana possession and use will be legal for adults 21 and older, and legal cannabis sales will begin once the legislature authorizes an agency to regulate retail cannabis in the state (this will likely be the Cannabis Regulatory Commission, which currently regulates the state’s medical marijuana program.)

The bill is pretty basic. The New Jersey legislature simply posed the question “Do you approve amending the Constitution to legalize a controlled form of marijuana called ‘cannabis’?,” in the ballot for voters to decide. Now that the amendment has been approved, it’s up to state lawmakers to fill in the gaps.

One thing we do know is that, unlike in many states, there will be no special taxes on cannabis products. Instead, cannabis products will only be subject to the state’s 6.6% sales tax, though local governments may add up to 2% to that.

Exciting news! New Jersey voted to legalize marijuana!! New Jersey will no longer spend $143 million on arresting people for marijuana. Our c4 @DrugPolicyAct worked for two decades toward marijuana legalization in New Jersey and we are proud of these results. #NewJersey pic.twitter.com/QehRWgABbR

This is the latest of several progressive cannabis policy reforms in New Jersey. The state legalized medical marijuana in 2010, and in December, 2019, the New Jersey legislature approved a bill allowing those convicted of minor drug offenses to more easily seal their  record after ten years.

With 95% of precincts reporting, The Associated Press and The New York Times report Constitutional Amendment A and Measure 26 will pass, making South Dakota the first state to legalize both recreational and medical marijuana in the same election.

On July 21st, 2021, the possession, cultivation, and distribution of up to one ounce of recreational marijuana will be legal for adults 21 years and older. Amendment A also requires The South Dakota Department of Revenue to develop licensing regulations for cannabis sales by April 1st, 2022. Additionally, Measure 26 requires that the state’s Department of Health to produce regulations for a medical marijuana program by October 29th, 2021, and issue its first medical marijuana cards by November 18th, 2021.

Once available, medical cannabis patients will be able to possess up to three ounces of marijuana. All adult-use cannabis sales will be taxed at 15%, and the cultivation of up to three plants will be permitted.

MPP is proud to have played a critical role in this truly historic campaign! https://t.co/WggusgLAPN

The cannabis policies in South Dakota have been some of the most rigid in the country. Simply possessing drug paraphernalia can get you a misdemeanor charge and up to 30 days in jail, and being in the room with someone using cannabis could land you in jail for a year. So, it’s no small thing that voters in South Dakota took two huge strides in reforming cannabis policy in one night. 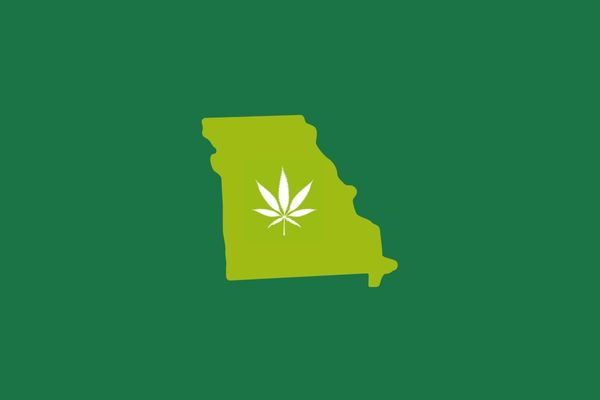