New report ranks ‘most successful stoners’, and some of them may surprise you 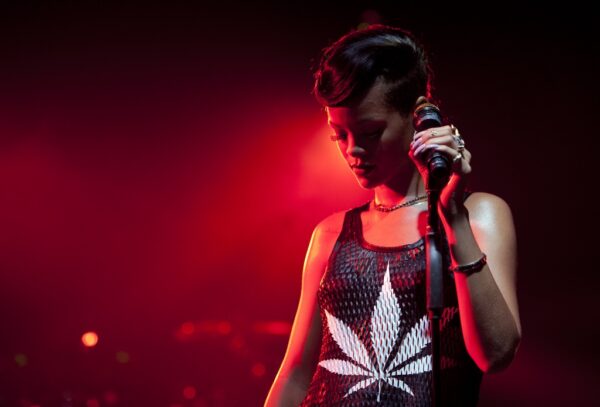 When someone is called a “stoner,” many associate the label with a series of negative traits: laziness, apathy, lack of motivation, etc. Now, a recent report is challenging that perception.

As many cannabis enthusiasts have pointed out, the so-called “stoner stereotype” does not fit with the average cannabis consumer’s experience. Many people feel cannabis increases their productivity, stimulates creativity, and makes a variety of mental and physical ailments more manageable.

As cannabis becomes increasingly normalized in the US, a growing number of successful people are admitting to either currently using cannabis or using it in the past.

In light of this, CFAH, a digital resource for cannabis health content and research, recently released a roundup of what they call the “Most Successful Stoners.” The list includes top personalities in politics, athletics, and entertainment, and incorporates anyone who used cannabis regularly at one point in time, whether years ago or today. Then, they ranked these people according to their level of success, using opinion surveys, public records, and search information to judge this.

RELATED: Which strain is best for productivity?

In a statement from their representative, CFAH said:

“To break the ‘stoner stereotype’, we created a ranking system with seven metrics to rank the success level of  201 popular stoners in six different fields (music, filming, sports, academic, business, politics). Plus, we looked into how weed-smoking affects smokers’ success and creativity.”

Here are the 7 metrics they used, as stated in the report:

Then, to gauge smoking frequency, the group relied on statements from celebrities and how frequently they talk about their cannabis consumption.

While it’s impossible to determine anything like this definitively, it’s amazing to see how many cannabis consumers are at the top. Here are the key takeaways we got from this report.

RELATED: Smoking with the Stars: Cannabis Advice from Jennifer Aniston and Other Hash-Loving Celebrities

The recent report outlines who were deemed to be the top five most successful stoners (or former stoners) in sports. They were:

Each of these individuals are generally well recognized, even by those who don’t follow sports.

Michael Phelps is one of the world’s greatest swimmers, and he’s admitted to smoking a lot in the past. His reputation was previously tarnished by this fact.

Mike Tyson, one of the world’s most famous fighters, seems to have thrived as a result of his smoking. In fact, he even has his own cannabis line these days.

Rihanna is the most successful musician who uses cannabis

Among the other most famous actors and musicians who use cannabis (or claim to have used it regularly at one point) were:

Bill Clinton, Barack Obama among most successful politicians who have admitted to using cannabis

No one could forget Bill Clinton’s infamous line he delivered after being asked about smoking weed: “I didn’t inhale!”

His comment on weed and the comments of former President Barack Obama show just how much the stigma around cannabis use changed in those short years. By 2007, President Obama had a very different answer to a similar question: “Yes, I inhaled. That was the point!”

But these two aren’t the only politicians who have admitted to smoking. Here are some other successful politicians the report mentioned:

Writers and academics who use (or used to use) cannabis:

The stoners in academia were probably the most surprising for us. The report’s ranking of the most successful writers and intellectuals who smoke(d) included:

So, does cannabis use lead to success?

There’s no direct correlation between cannabis consumption and success. But if this and other similar reports tell us anything, it’s that consuming cannabis certainly does not inevitably lead to failure the way many people once thought.

By alleviating the symptoms of many medical ailments, relieving anxiety and other mental barriers to productivity, and offering other potential benefits, cannabis can, for some, enhance quality of life. What could encourage success more than that?