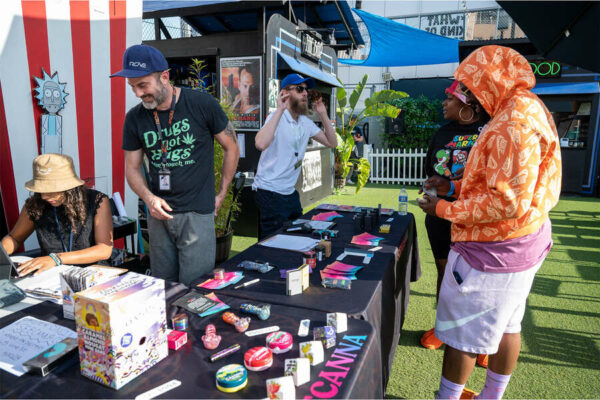 There may be no better place in LA to commemorate 4/20 than at the Cannabis and Movies Club – a members-only organization that’s just what it sounds like. Tonight, members will gather for a screening of the genre’s foundational film: Cheech & Chong’s Up in Smoke. In the weeks to come, they’ll return for The Hangover, Supertroopers, Friday and Pulp Fiction. Here, on a rooftop high above the Hollywood skyline, they’ll find edibles, coffee, sweets, beer, pizza and more.

InsideHook got a chance to sit down and pass a proverbial joint with Rico Montañez, one of the event’s founders, to learn more about the film series, the goods on offer, and the unicorn-shaped bongs – happily, available to rent.

So, someone shows up at your event and wants to consume cannabis. Can you tell me a bit about how that works with your club, versus a place such as a cannabis cafe that’s open to the public?
Ours is technically considered a private club. In order to attend, there’s a two-step process. You first have to become a club member – go to the registration and purchase the ticket. Part of the cost of your first ticket goes towards your annual club membership.

We also have a liability waiver because we have cannabis on-site. It just says, “Hey, I’m okay that there will be cannabis on site. I may be exposed to secondhand smoke and all these other things, and I’m okay with that.”

In a private club [context], we have the ability to have people engage with brands. They’re able to talk with brands at their tables, and then order delivery on-site. They’ll pick it up at the designated delivery area, and then they can consume it on-site. They can smoke and drink, however they like.

Since folks are encouraged to indulge in cannabis use, please tell me about accessibility to your rooftop event.
We’re currently at the rooftop of The Montalbán Theatre, in the heart of Hollywood. We wanted a centralized place. Hollywood can kind of be whatever you want it to be – there are a lot of tourists in Hollywood, and we want new consumers, so it’s a great spot to be.

There’s a bus stop less than two blocks away. There’s also a nearby train drop off. We encourage that. We don’t want people driving intoxicated in any way, shape or form. We absolutely encourage taking Ubers and taking public transportation.

Many of the movies that you offer are nostalgic, giggle-inducing films often involving cannabis in them in some way. How did you choose the movies on your lineup?
We wanted to speak to the community – we want it to make it very friendly and approachable. We thought comedies are the easy way to go – so let’s celebrate that a little bit and do some stoner comedies to start with.

We’ve been told by some young people that they could tell we were born in the ’80s because of our comedies – they’re, like, ’80s classic comedies.

What kinds of folks do you see attending your events?
It ranges all over the place. We get a lot of people who are looking to meet people. I think that’s also partially because of COVID – people just want to go out and meet friends.

We have a lot of tourists that come through – people from other states who are just blown away that there’s an event where you can smoke. Maybe they come from a state where it’s not even legal, and they’re like, “I can’t believe that I can smoke up here.” Those kinds of things just make my heart sing.

This article was featured in the InsideHook LA newsletter. Sign up now for more from the Southland. 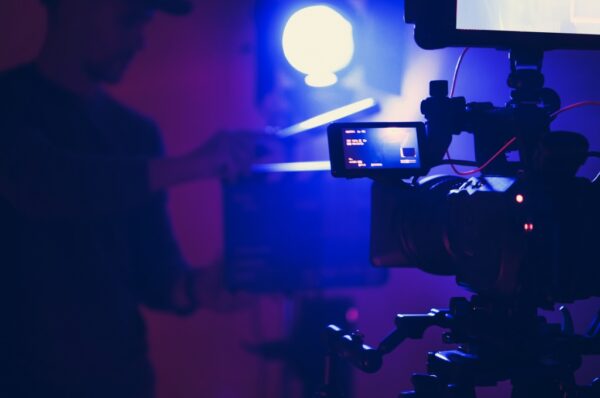 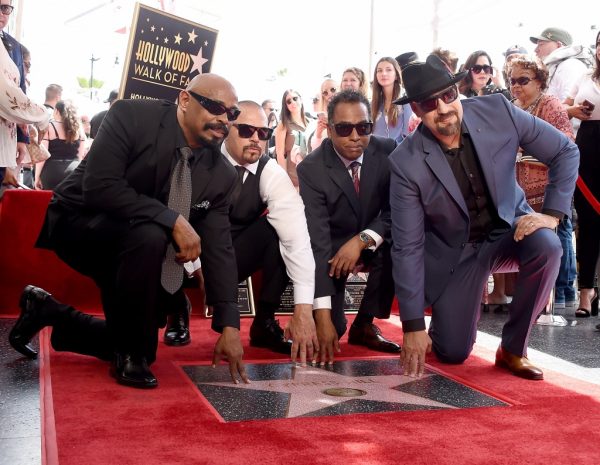 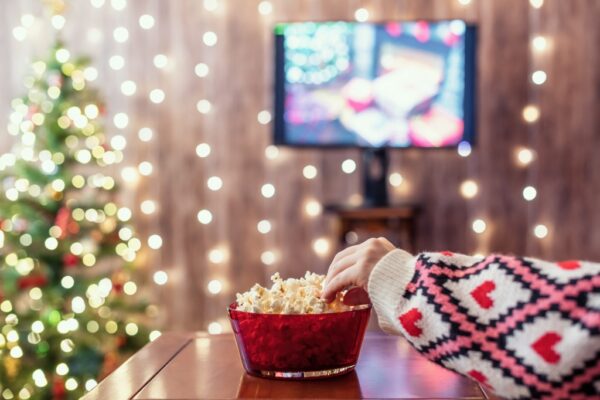