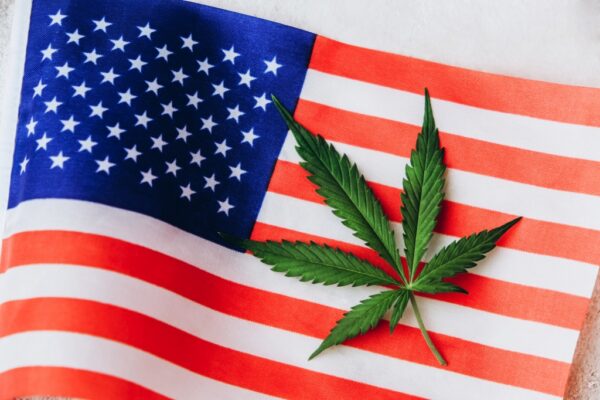 At the end of 2021, 18 states had legalized adult-use cannabis. As of today, that number has risen to 21 and is expected to continue to grow in the coming years.

Since the number of states to legalize cannabis seems to be growing every year, cannabis enthusiasts are already looking at which states might be making major changes to their current laws on cannabis next year. On top of that, there are several states that are expected to launch recreational sales in 2023.

We don’t have a crystal ball handy, so we can’t make any definite predictions. But we can tell you what states are considering new cannabis legislation at this time, and which are set to launch cannabis sales in 2023 (for now, at least).

Here’s a teaser for what might be in store for cannabis after New Year’s.

RELATED: Is now a good time to invest in cannabis? We explored whether cannabis stocks have hit bottom

Looking back: Cannabis legalization in 2022

The small but mighty state of Rhode Island became the 19th state to legalize recreational cannabis this May when Governor Dan McKee signed the Rhode Island Cannabis Act into law. The measure automatically expunged all prior marijuana possession charges in the state, civil or criminal.

The sale of recreational cannabis in the state has already started, though it’s very new. On December 1st, five existing medical marijuana shops became “hybrid” stores, selling both recreational and medical cannabis for the first time.

In the most recent midterm elections, there were five states where measures to legalize recreational marijuana were on the ballot. Three states rejected their legalization measures, but Maryland and Missouri legalized cannabis in that election. The three states that did not vote in favor were Arkansas, North Dakota, and South Dakota.

The passing of Maryland’s Question 4 has now made it legal for adults to possess up to 1.5 ounces of marijuana. It also allows for up to two marijuana plants for personal use. This law will go into effect on July 1, 2023.

Under the new law, people previously arrested for marijuana possession can now have their records expunged. People currently in prison can have their sentence reconsidered.

Finally, the amendment has allowed for the creation of a cannabis business assistance fund for small businesses entering the industry.

The second state from this last midterm election to approve cannabis legalization was Missouri. Their state’s Amendment 3 removed existing prohibitions on marijuana. Adults can now own up to three ounces and grow a whopping six flowering plants at home.

On top of that, at least 144 new small business licensees are going to businesses that already sell medical marijuana. There’s a six percent sales tax going toward veterans’ health care and other related expenses.

RELATED: From cannabis lounges to toke tours, here are some of the best 420-friendly things to do in Canada

Three states that came close to legalization in 2022

Unfortunately, Arkansas, North Dakota, and South Dakota did not join Maryland and Missouri in legalizing recreational cannabis this election. But although the people voted against it this time, the fact that they came close means there is a lot of interest in cannabis legalization in these states. It will be worth keeping an eye on Arkansas, North Dakota, and South Dakota in the future.

Where is recreational cannabis legalization going into effect in 2023? And where are sales launching?

Voting on legalization is only the first step in establishing cannabis laws. Just because a state has voted to legalize cannabis does not always mean that you can start legally possessing cannabis the day after election day, and it definitely does not mean you will be able to purchase cannabis there anytime soon.

In 2022, Maryland and Missouri voted to legalize cannabis. But for these states, legalization does not go into effect until 2023.

On top of that, Connecticut will be launching adult-use cannabis sales this coming year. While recreational cannabis has been legal in Connecticut since 2021, it’s taken some time for the state to get its retail program off the ground.

Here’s what we know about what’s happening in these states.

Starting July 1 of next year, adults aged 21 and older can carry marijuana legally. However, that doesn’t necessarily mean people can start buying it on that date.

It could potentially take years for the state to create the framework to regulate the new industry. That includes how to handle the current sales of cannabinoid products like Delta-8 THC. Until the state government has launched a regulated market it will be illegal to purchase cannabis in Maryland.

Unlike Maryland, Missouri’s new legislation has set the groundwork for recreational sales beginning in 2023.

Some officials are saying that sales could start as early as February. Missouri’s Department of Health and Senior Services (DHSS) has promised to start accepting applications this month from medical marijuana facilities looking to transition into fully recreational facilities.

This announcement was long anticipated by Connecticut cannabis enthusiasts. It took the state about 18 months to create a regulated cannabis market, after legalizing the possession of small amounts of cannabis in July of 2021.

There are at least three states expected to launch medical cannabis sales in 2023. They are Alabama, Mississippi, and Kentucky.

In Alabama, the Medical Cannabis Commission accepted applications from businesses looking to sell medical cannabis from September 1 to October 17, 2022. The business licenses awarded included integrated facility licenses, cultivator licenses, processor licenses, and others. The medical cannabis market in Alabama is expected to launch in the spring of 2023.

Mississippi is currently on track to begin medical cannabis sales in January. There are set to be 138 dispensaries and 47 cultivators, though there are barely over 400 patients currently approved to purchase medical marijuana.

Also in January, the legalization of medical marijuana possession in Kentucky will go into effect. However, the state further restricts the use of medical cannabis to only those with severe medical conditions. These conditions include cancer, multiple sclerosis, PTSD, and muscular dystrophy.

On top of that, how Kentucky medical cannabis qualifiers will obtain the drug is still unclear.

What states might legalize adult-use or medical cannabis in 2023?

Cannabis legalization is constantly changing every year. Although 21 states now allow people to use marijuana recreationally, that still leaves 29 where it is criminalized.

New cannabis laws are in the works in many of these states. Though nothing is definite, there is a growing interest in cannabis legalization in many states, and some of them even have pending bills that could legalize medical or adult-use cannabis, or lead to decriminalization.

Here are a few such states we’ll be watching closely in 2023:

Minnesota’s newly elected governor Tim Waltz, a known advocate for cannabis legalization, recently said he could see adult-use legalization happening in the state in 2023. Minnesota has already approved hemp-derived products, and polls show most voters in the state favor legalization.

Despite Governor John Carney’s veto of a bill to legalize adult-use cannabis earlier this year, Delaware voters still strongly support legalization, according to a recent poll.

A medical cannabis bill was prepped this fall to potentially be voted upon in 2023. Right now, both recreational and medical cannabis is illegal in the state. However, some of Kansas’ major cities have decriminalized its use.

The governor of North Carolina has been pushing to decriminalize cannabis in the past few months, explicitly endorsing the idea in October of 2022. A task force to discuss the matter was made, and the report that came from it included not only support for the idea of decriminalizing cannabis, but also a recommendation that the state study the possibility of legalizing the sale of the drug.

The House Chamber is waiting until 2023 to reconsider the matter.

RELATED: Get snug and buzzed with these top holiday weed movies

For cannabis enthusiasts, there’s a lot to look forward to in 2023. Adult-use cannabis sales are expected to launch in two states, medical cannabis will likely become available in three, and four states may make significant changes to their cannabis laws, whether that be legalizing adult-use, legalizing medical marijuana, or decriminalizing possession.

Whatever the new year brings, GreenState will be here to give you the scoop. Cheers to 2023!