Ready for the Golden State: Toast Gold two-packs MSRP for $20 in Cali / Photo courtesy of Toast

Did you love smoking cigarettes but had to give it up for obvious health reasons? Do you hate the way marijuana makes you feel “stoned” and self-conscious in front of others?

Well then, read on, because the former chief marketing officer of Anheuser-Busch InBev NV has a new pre-rolled cannabis cigarette for the masses — the Toast Gold — which debuts in California this month.

Previously only available in Colorado, Toast is an immaculately designed, highly refined consumer product that’ll disappoint high-tolerance marijuana connoisseurs . . .  but they’re not the target market. The target market is 1,000 times bigger: the extremely occasional cannabis consumer intrigued by legalization but put off by its potency and unwieldy effects.

The five-pack comes in an embossed black and gold box with a magnetized, flip-open top. Inside are five, 100 percent cannabis cigarettes with a gold filtered tip.

“It’s beautiful! I feel like Princess Margaret in The Crown,” exclaimed one 30-something North Bay mom who I included in my (small but select) focus group.

(An inelegant truth here is Princess Margaret lost a lung to heavy tobacco smoking. But it brings up a relevant point: while smoking anything can diminish your social status in 2018 California, some good context is that long-term cannabis smoking is not associated with the development of lung cancer. See the well-controlled studies here and here.)

Smoking a Toast was “remarkably like smoking a Parliament, which I have mixed feelings about,” said a mom of one on the Peninsula. “Kinda nostalgic but also reminds me why I’m not into cigarettes anymore.” (She prefers a nightly sip from a vape pen, by the way.)

So how can Toast be cannabis and not cause a wicked high? It’s packed with a different type of cannabis — one rich in the second most common molecule in marijuana, cannabidiol (CBD).

Instead, CBD can calm anxiety and help treat pain, inflammation and spasms. Toast Golds contain cannabis with a 4:1 ratio of CBD to THC, which limits any buzz.

“One [Toast] looked like [it would effect me] a lot more than a glass of champagne,” the event planner said. “But I think they’ve got that about right.”

Other women liked the ritual of lighting the tip and drawing on the gold-filtered end. The Toast lasts seven to eight minutes, and since it’s not a twisted up joint, the end doesn’t get soggy.

The actual flavor of the smoke would appall high-THC connoisseurs, who revel in cannabis’ aromatic molecules called “terpenes.”

“It did not taste all that flavorful, but it smelled good,” said GreenState staffer Carolyne Zinko.

As for the effect, she said, “When I smoked it, within 15 minutes I felt very relaxed and content, and 15 minutes later — heading into slumberland laying down to go to sleep — I thought, ‘Wow, I feel really high, but I don’t have the trippy head thing. It’s everything about being high without the head trip.”

And Zinko confirmed, “It’s for people who just want to sit and have the mental capacity to listen and make sense without feeling like they’re stupid.”

Wherever you go, make sure to do it with style and a Slice.

I remember my college friend’s family recipe for for paella, which called for a half-glass of red wine and a cigarette break while the rice thickened. Toast is the perfect substitute for that tactile ritual.

“I remember going, Wow, I really want to have another one right now. It was so much fun to be able to inhale something and see the smoke coming out,” Zinko said.

Toast Originals came out in Colorado in February 2017, and Toast Gold launches this January. The Aspen-based startup Toast is co-founded by 52 year-old Chris Burggraeve, who has a master’s in economics, and Punit Seth, formerly of the world’s biggest hedge fund, Bridgewater Associates.

We expect these sophisticated, consumer-controlled experiences to redefine cannabis in 2018 and onward. And if indeed, states with medical cannabis laws like California saw a 15 percent decrease in alcohol sales, Toast Gold is going to accelerate that movement.

Maybe the former marketing chief who oversaw Budweiser made the right move. Quirky pre-roll brands and alcohol peddlers are hereby put on notice.

Elegantly modern packaging and usage directions. This most beautiful pre-roll in the world.

These types of low-dose products will be as common and default as lights lagers. Mellow, and consistent

The Boveda humid-pak helps keep the cannabis from drying out and is a nice touch.

Toast Gold’s have a little humidity pack, but they’re not air-tight. We weep for the lost terpenes.

An improvement over a Parliament, but still, a poor demonstration of cannabis’ more appetizing flavors . . . There’s flavorful, high-CBD flower out there.

At $10 per cigarette, it’s a pretty fancy treat. 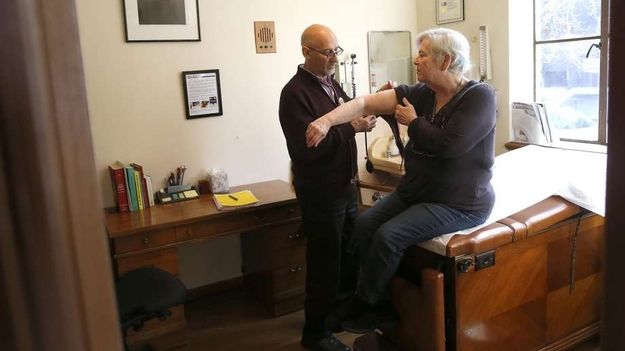