Here’s how many people died, got hospitalized, or were arrested at the world’s biggest cannabis festival — The Emerald Cup 2017

Zero. The answer is zero. Zero people died, got hospitalized or were arrested at the world’s largest outdoor organic cannabis festival — The Emerald Cup — which was held on December 9 and 10.

You didn’t think it was going to be higher, did you? That’s understandable. Critics publicly wring their hands about potential public safety issues at cannabis lounges or festivals. They’re worried about people overdoing it on edibles, or having some other type of adverse reaction. But the history of the world’s biggest such event indicates such concerns may be overblown.

According to a GreenState public safety review of the 2017 Emerald Cup, there were zero deaths, zero hospitalizations, and zero arrests at the two-day-long, 25,000-person event where hundreds of pounds of cannabis flowers, edibles, and extracts were consumed.

Any event that draws big crowds is going to experience some minor issues, but according to interviews with Cup organizer Tim Blake, the Santa Rosa police department, the management of the Sonoma County Fairgrounds, the California Highway Patrol, the latest Emerald Cup — which drew more people per day than ever — went off without any major problems. There were no arrests directly related to the event, and nobody was taken to the hospital. That’s despite the fact that the entire place smelled of cannabis for two days and tens of thousands of adults consumed the botanical.

The general take on cannabis events seems to be that they tend to go as well as, if not better than, any other event.

Immediately after the two-day Emerald Cup event had wrapped up in December, the organizers held a get-together to review how it went. Blake, who has run the cannabis festival in Sonoma County for 14 years, says that it went so well in terms of public safety that he received an enthusiastic round of applause from the assembled crowd, which included local cops and rescue personnel.

What started in 2003 with a relatively tiny handful of bud growers and enthusiasts has ballooned into the state’s largest cannabis event, filling the fairgrounds to its 10,000-person capacity each day it’s held.

Rebecca Bartling, CEO of the Sonoma County Fair and Event Center, says The Emerald Cup producers have “always been great — true professionals,” though they are still learning as the festival continues to grow, especially over the past few years.

“It’s not like a big party environment, or a concert, even though there are bands playing,” Bartling says. In some ways, it’s almost like a professional conference, she said.

“People are mostly really into learning and checking things out.”

The supposed “mellowness” of cannabis users might be a factor in why such events seem to draw fewer problems, but that’s true only to a point: Blake himself said prior Cups did not go as well as the latest one.

In 2016, for example, there were several of car break-ins in the parking lots, and some attendees parked illegally in the surrounding neighborhood, but even that event was free of major incidents.

Still, Blake says, he challenged himself to make the 2017 Cup as problem-free as possible. He spent about $1 million extra on management and security, bringing in Red Light Management, which runs festivals and concert tours for acts such as the Dave Matthews Band.

“It was the best move we could possibly have made,” he says. “They really schooled me.”

The Emerald Cup draws more than 20,000 to Wine Country in December each year.

The cops are on a learning curve, too, according to Lt. John Snetsinger of the Santa Rosa Police Department, who planned the policing for December’s Cup. “We’ve made significant changes,” he said.

For one thing, he put about a third of his officers outside the actual event, because, he says “the issues that we do have tend to occur out there, in the parking lot and the neighborhood.”

In previous years, some attendees tailgated in the parking lot, which is not allowed, and thieves broke into several cars. There were fewer incidents of both this December.

Also in previous years, “folks who might have [imbibed weed or booze] a little too much ended up wandering around the neighborhoods, looking for their cars.” There was less of that, too, Snetsinger said.

In all, 16 cops were on duty in and around the fairgrounds for December’s event. Having five or six of them patrolling outside made a huge difference, he says. Snetsinger could not detail how many car break-in arrests there were, if any.

One big concern watchers of legalization have is the potential for people to consume cannabis and drive unsafely. Are cannabis events as dangerous, more dangerous or less dangerous than alcohol-driven events like beerfests or wine country attractions like wineries, or NFL games?

Lt. Jonathan Sloat, CHP public information officer, Santa Rosa Area, said there was one DUI arrest — for suspected alcohol and marijuana intoxication — during the Dec. 9-10 weekend, but he doesn’t think it was related to the Cup.

“I haven’t heard of too many issues or problems coming out of that event [over the years],” he said.

The Emerald Cup is not alone, either. The world’s biggest hash appreciation festival Chalice Festival — held each year the San Bernardino County fairgrounds — has also been problem-free. According to the Victorville Daily Press, “Despite our initial reservation about them, to date none of the festivals has resulted in increased crime in the area, according to San Bernardino County Sheriff’s Department officials.”

For now, though, legal cannabis events in California have been tightly restricted. Under state law, they can be held only on county fairgrounds. A new bill introduced in the Legislature by Assemblyman Bill Quirk (D—Hayward), would loosen that restriction to allow cannabis events to be held in more locations, so long as they’re approved by the local government.

Blake said more event improvements will come in 2018. One of the worst things that happened during the latest event, he says, was when “some goofballs in a helicopter dropped some goodies [promotional items] onto the crowd.” That happened, he says, because “we didn’t have a no-fly zone. Next year, we will.” 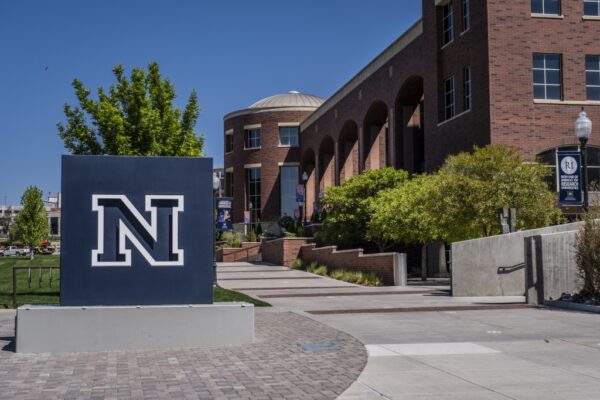