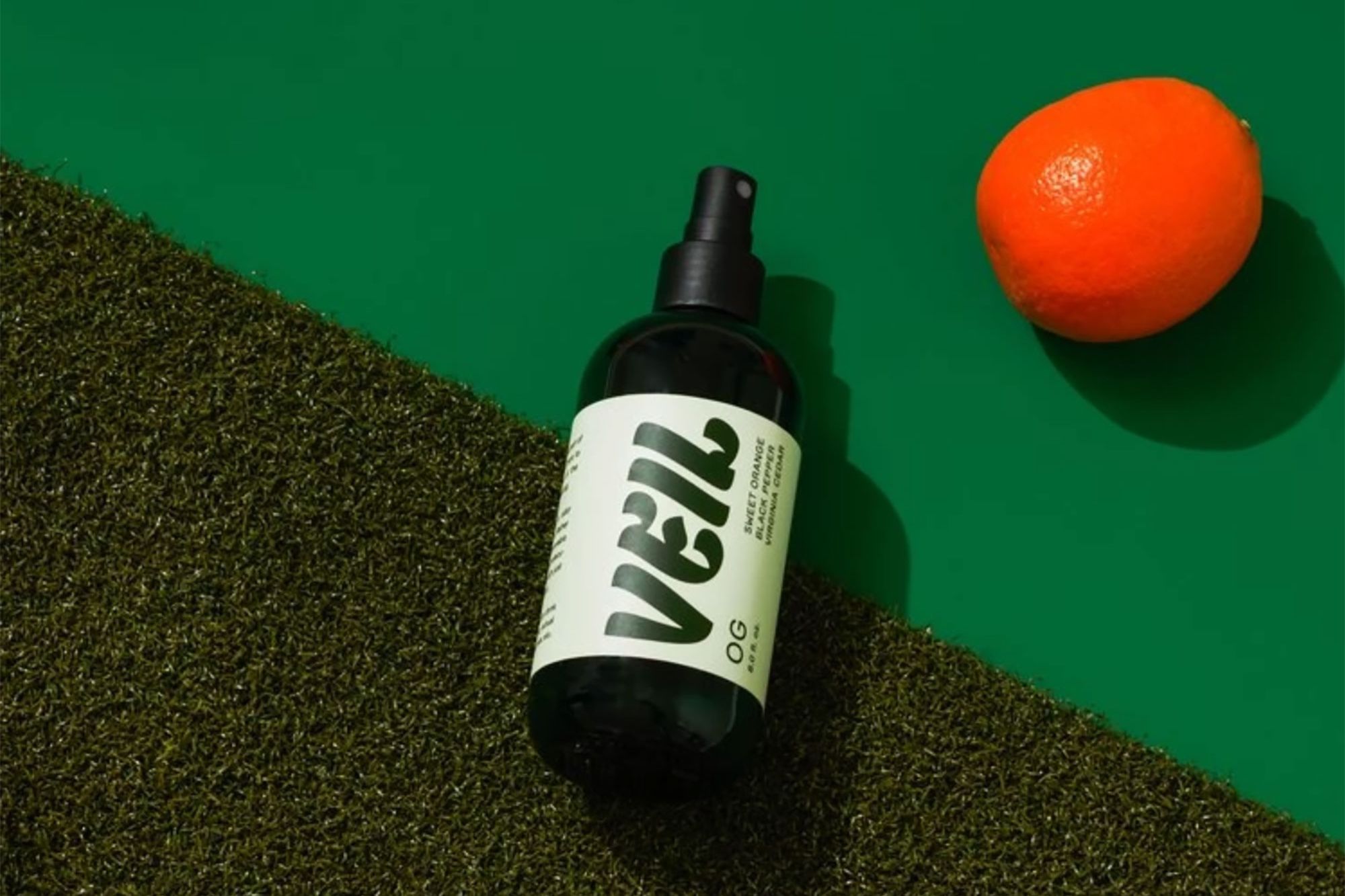 Anyone who regularly smokes weed has encountered some version of the following scenario: An unexpected or unfamiliar guest shows up at your home, but, unfortunately, it smells like a freshman dorm room.

For me, this happened when a dog rescue agency announced they would be coming by to check out my apartment — which, of course, was the final step in adopting the pup of my dreams. I was instantly stricken with anxiety. Earlier that morning, I’d enjoyed half a joint with my coffee, so now I needed a quick and foolproof way to deodorize my place.

Some smooth talking ended up sparing me from the home visit (and getting me my beloved dog), but that brief panic really stuck with me. As a hard-working, young professional, and a recreational cannabis user, I was becoming hyper-aware of what the aroma of pot in my home might suggest to guests or neighbors about me.

While I, and other modern marijuana users, couldn’t be further from the Cheech-and-Chong, stoner stereotypes, the smell of weed can still conjure up some outdated stigmas. But, from my own struggle, came a solution.

RELATED: Why Synthetic CBD Is (Probably) The Future Of Cannabis Pharma

The Genesis Of The Idea

Back in college, many marijuana smokers had a slew of creative methods to hide the smell from overbearing RAs. From burning perfectly good bags of popcorn to exhaling through toilet paper rolls with dryer sheets stuffed into the end (the esteemed “sploof”), it seemed coeds would do anything to avoid punishment for enjoying a little cannabis.

These days, as someone armed with an entrepreneurial spirit and some money, I began to scour the Internet for a more elegant solution to my weed odor problem. I tried nearly every product on the market, but was discouraged to find that none fit the bill.

Some were too toxic to use at home. Some smelled as offensive as the strains they were trying to mask. Some, well, most, just simply didn’t work.

So, I decided to scratch my own itch.

In August 2018, I enlisted the help of my friend (and design extraordinaire), Spencer Joynt, who helped me co-found Veil: An odor elimination spray for cannabis.

At the time, Spencer and I were both self-employed. I was operating an app for people in Alcoholics Anonymous (ironically enough) that I had created in 2015, and Spencer was running his own graphic design agency. These unique circumstances allowed us to self-fund Veil. With an initial investment of $10,000, we were up-and-running.

Together, we spent months searching for chemists who could formulate a spray that would truly eliminate, not just mask, the smell of marijuana smoke. Tracking these people down proved to be quite challenging; after all, there’s no Yelp or LinkedIn for scent scientists seeking employment. We had to resort to old-fashioned tactics (read: endless hours of Googling).

To make matters exponentially more difficult, we were committed to making the spray as safe and low-impact as possible (it turns out that some of the most-effective odor eliminators are super harmful chemicals), so we needed to stay away from certain ingredients in Veil.

After scouring hundreds of Google results and contacting dozens of potential partners, we started to get discouraged — even when we did find potential fits, we were eventually rebuffed because of the association with mairjuana. Despite ever-expanding legalization and normalization, many still have trepidation about getting involved with marijuana professionally (no matter how tangentially).

After months of false starts, we finally found a small team that not only met our safety and non-toxicity standards, but also shared our enthusiasm for the marijuana odor problem. They concocted a unique cationic surfactant that neutralizes the odor released when burning cannabis terpenes (colloquially: smoking weed). It does this by complexing specific molecules and reducing their concentration. In layman’s terms: Veil alters the molecules so much that you can no longer smell them.

RELATED: These Weed Accessories Are Taking Over The Market

In Search Of The Perfect Scent

While this chemistry team was tinkering in the lab, Spencer and I were painstakingly crafting a fragrance profile to replace the neutralized smoke odor. We worked hard to build a brand that elevated the product above pothead cliches, and we needed a sophisticated scent to match. We tested hundreds of combinations of organic essential oils, eventually discovering a blend that hit all the right notes: sweet orange, cracked black pepper, and Virginia cedar. A little bit spicy, a little bit sweet, and perhaps most importantly, gender-neutral.

In July, 2019, almost a year after its inception, Veil finally hit the market; an accomplishment our entire team is proud of.

Beyond the usual startup challenges, there have been some unique hurdles to launching a brand in this space. For instance, we were shocked to learn that we were banned from advertising on social media platforms like Instagram, Facebook, and Snapchat, despite how cannabis-adjacent Veil is. Even mundane tasks like opening a bank account or setting up payment processing were complicated, as old-school gatekeepers with outdated perceptions of marijuana made it difficult.

Yet, these extra difficulties have been far outweighed by the enthusiasm we’ve encountered from our customers and contemporaries. A rising tide lifts all boats, as other cannabis-related companies have been gracious in lending help where they can. Seemingly, every time we connect with other entrepreneurs in the space, they’re eager to introduce us to people in their network who can help. In fact, several of our first wholesale accounts were secured via these kinds of referrals.

We’ve had an outpouring of love from early customers on social media. One customer, a middle-aged medical cannabis user, let us know that Veil allowed her to comfortably medicate while on vacation with her family for the first time.

At the moment, we’re pushing hard to get Veil in front of as many marijuana users as possible — whether it be direct-to-consumer from our website, or through wholesale partners like dispensaries and lifestyle boutiques. While we’re focused on getting to profitability with our one product, we’re also eager to expand our offerings based on the feedback we’ve received. Additional scents and smaller, travel-sized bottles are just a few announcements to keep an eye out for in the near future.