In March of 2021, North America’s most endearing stoner took the proverbial pot plunge in California, and ascended from an avid consumer, advocate and muse for cannabis to a legal, licensed producer and vendor of cannabis. Seth Rogen and childhood best friend, collaborator, and business partner, Evan Goldberg, launched Houseplant, a hybrid brand of both actual cannabis and elegant, Pottery-Barn-inspired ceramic accessories, in Canada in 2019, but 2021 marked its United States debut. The brand sold out immediately of both buds and accouterments, not only due to the public’s faith in Rogen to provide them the zaza (that’s Gen-Z speak for “exotic cannabis”), but also how everything looked. Rogen’s love of ceramics came to light around the same time, and since then the highly-coveted collector’s items, despite price tags that easily exceed $200 for an ashtray, remain chronically sold out.

RELATED: Seth Rogen on Cannabis: 9 Quotes that prove he really is the unofficial Ambassador of Weed

Houseplant has been featured in Vogue, Architectural Digest, and other publications, the likes of which Rogen said, in his own words on Twitter, was “a sentence I never expected to write.” Rogen has made his name as an actor and writer who is not exactly salt of the earth, but whose underachieving stoner antics belie a deep sincerity. Nevertheless, it’s still hard to reconcile a brightly-hued, boutique cannabis brand with a guy who smoked out of a gas mask and is fond of sex jokes.

This begs the question, is it possible that Rogen’s cannabis business would even appeal to his cinematic alter-egos? We analyzed Rogen’s most iconic leading and supporting roles to determine if Rogen’s cinematic creations can coexist in the same universe as his cannabis creations.

Ken Miller, Freaks and Geeks: Nope, not a chance. Rogen’s breakout role on the prematurely-canceled Freaks and Geeks was that of a mutton-chopped “freak”: anti-establishment, anti-conformity, pro-pot. By now Ken would be a boomer nearing retirement, one who’d sooner buy it off an old buddy growing in his garage than put his name in a database or pay state taxes.

Officer Michaels, Superbad: If you’re on the younger side of the millennial spectrum, it’s likely this move is burned into your brain. Rogen and Goldberg’s first hit collaboration paved the way for the decade-plus of comedy they would create, and without which Houseplant wouldn’t exist. While Rogen wrote his own eponymous character, “Seth” is played by Jonah Hill and Rogen appears as an emotional, hedonistic police officer. I can see Officer Michaels picking up a doobie from an investor-backed dispensary like Medmen on his off days, but young Seth in the movie is a minor and I shouldn’t endorse minors using cannabis.

Ben, Knocked Up: With this film, Rogen proved that he could parlay his teddy bear bro character into a romantic lead. Ben is an oblivious guy’s guy, without any sense of future when he meets Katheirn Heigel’s Alison. Throughout the film we see him stop hitting the bong and read more baby books, and we are led to believe he will not flounder at parenting by the film’s end. I’m inclined to say no, if only because babies are expensive, even more so than Houseplant products.

Mac, Neighbors: Rogen’s Mac, a new dad who finds himself at odds and at battle with the neighboring fraternity house, is unlike most of Rogen’s characters; while he does smoke weed, he claims to have trouble finding it. He’s also willing to call the police for the sake of his family, which is more narc-y than you might expect. I think Mac actually makes the perfect patron for recreational pot products: they’re childproof, they’re labeled and they’re dosed for control, not a college rager.

Aaron Rappaport, The Interview: This controversial film is another instance of Rogen not smoking any weed on screen. Aaron, a producer for a celebrity fluff show, Skylark Tonight, displays more straightforward ambition than many of Rogen’s previous incarnations, with a desire to break into series 60 Minutes-style journalism. Given he’s in North Korea for most of the movie, where cannabis is highly illegal, it makes sense he never gets his hands on some kush. By the end of the film, he’s achieved the high-brow respect he craved, though he seems to have a greater fondness for the coca leaf than cannabis bud.

Himself, This is The End: This one is easy: yes. Rogen’s playing himself, so of course he would get high on his own supply. Next!

Dale Denton, Pineapple Express: In Dale’s first scene, he throws out a line about legalizing cannabis in the next five years; after all, “everybody smokes pot.” A stoner buddy comedy for the ages, Rogen and (the now-estranged) Franco perfectly executed weed culture in 2008, before it was legal recreationally anywhere in the country. Dale is, like many of Rogen’s characters, charming but stuck. He’s smarter than he lets on (despite having a high school student for a girlfriend), but he likes to smoke weed. And it’s precisely this proclivity that lands him in a crime lot with crime bosses, crooked cops and Danny McBride. While I doubt it was his intention, the film does in part make a case for how regulation can be good, in the way that allowing millions of Americans to access cannabis safely would prevent most of the antics depicted on screen. But would Dale want to start procuring his taxed, regulated cannabis from a dispensary that looks like an Apple store? I just can’t see it. If he’s still smoking weed at all, it would be from a plant in his closet. 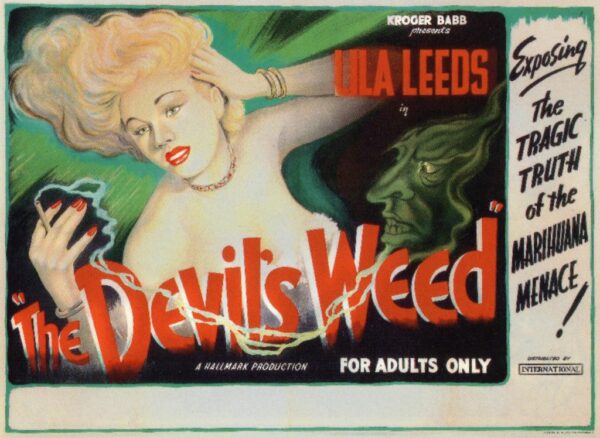 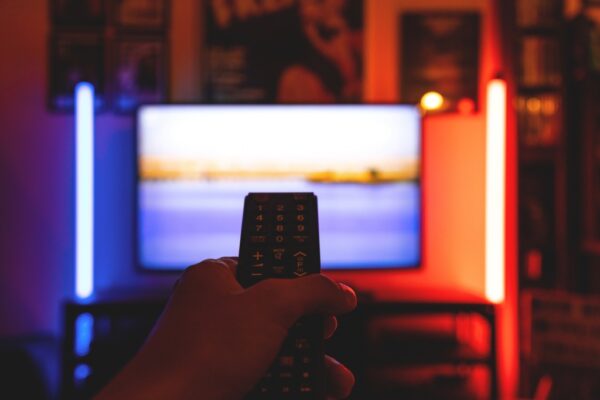