What do you get when you cross Mayan ruins with Star Wars? In Los Angeles artist Sebastian Boher’s mind, pre-Colombian pipe sculptures with a futuristic, minimalist twist.

That’s the aesthetic behind Miwak Junior, a line of cannabis pipes that look more like stone objets d’art than something to smoke with — especially those embellished with hand-painted designs in 22-karat gold lustre. His handmade sculptures range from $80 ovals to decorative objects like the Inca Coya, a plant hanger (not a pipe) that sells for $1,200.

“I like the idea of the ritual, having an object for a sacred ritual, and taking sculpting into something that is important, somehow,” Boher said. “I’m trying to make these objects as beautiful and attractive as I can.”

Boher, a native of Chile, earned a master’s degree in animation from the California Institute of the Arts. Seven years ago, to extend his student visa, he enrolled at Pasadena City College and took classes from sculptor Keiko Fukazawa, known for whimsical and poignant work that references violence, globalization and capitalism.

Students are banned from casting pipes or ashtrays, but where there’s a will, there’s a way. Boher was caught in his first few attempts and the work thrown away. On the third try, his design slid into the oven undetected, and a new line of cannabis pipes was born.

Each begins with liquid clay, poured into a mold that allows for a hollow interior and a chamber in which smoke cools. After an initial firing in the oven, the pipes are sanded and painted with wax to protect the exterior from glaze applied to the bowl. 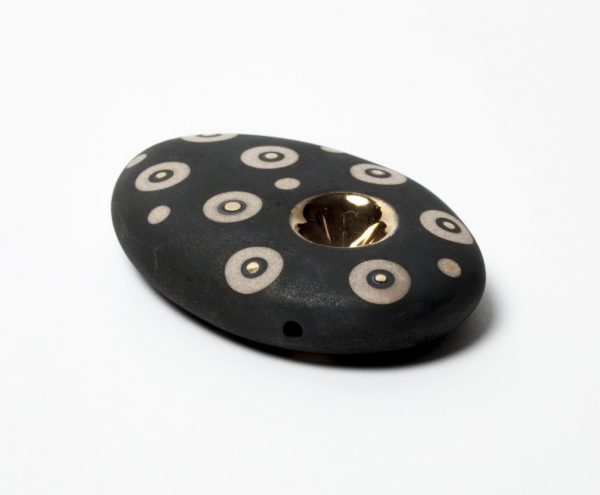 The pipes slowly caught on through word of mouth with friends and at art fairs where Boher, now 45, and his wife, Alice, 42, displayed their wares. A special line with gold luster for noted interior designer Kelly Wearstler helped the company’s reputation spread.

“Fifty percent of the people who go to craft fairs we do ask if it’s for incense or if it is just a decorative object to put a flower in?” Boher said. 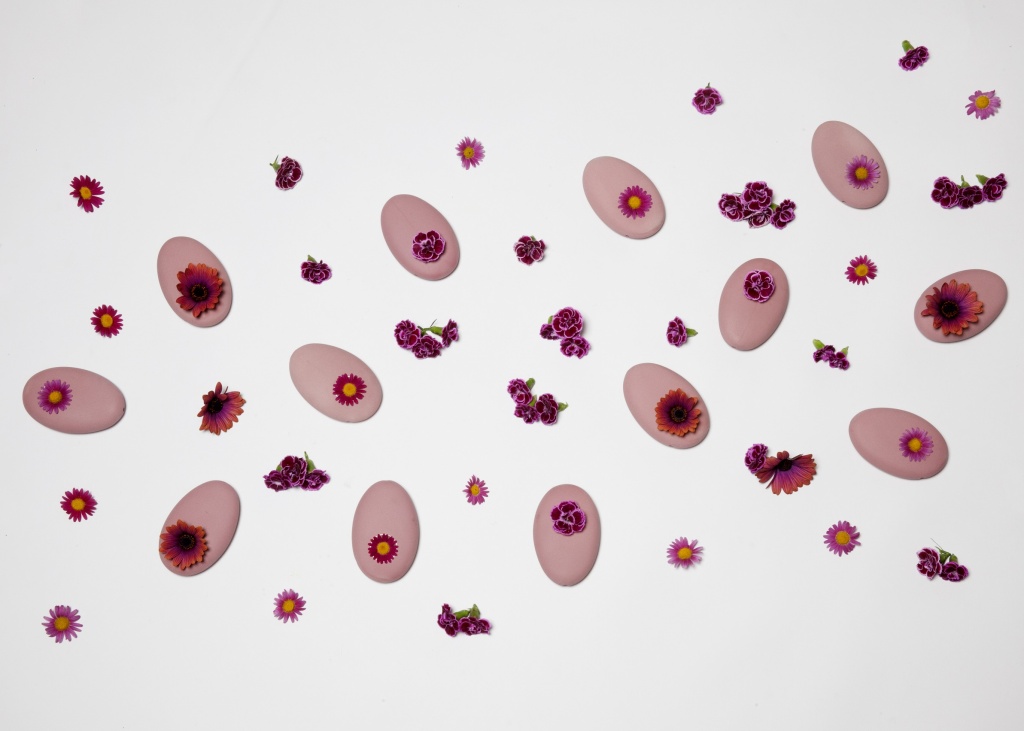 A Pantera Rosa collection, for those who are tickled by pink, debuts in March. | Photo by Sally Peterson

In December, a luxe line called Golden Girls debuted with 22-karat gold accents ($160-$200.) A larger pipe, five inches in diameter and 1 1/4 inches tall, called Nave (Spanish for spaceship), hit the market in February, priced at $120 and intended as a coffee table piece. And a line called Pantera Rosa, or Pink Panther (inspired by the cartoons) will debut in March, priced at $90 each. 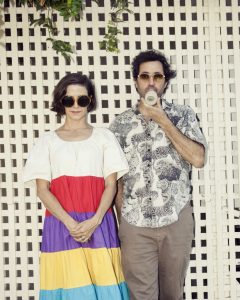 Alice and Sebastian Boher, the forces behind Miwak Junior.

Boher spends most of his time making silkscreen art prints, and his wife is a writer and theater performer.

“My art is kind of mixture of pre-Colombian, Mayan-culture- inspired-meets-science fiction- space age,” he said. “I imagine a tribe in the future will use this. It’s traditional, Zen and futuristic, too.”