SEPTEMBER 1978: Comedians Tommy Chong and Cheech Marin in a scene from the movie “Up In Smoke” which was released in September 1978. (Photo by Michael Ochs Archives/Getty Images)

It’s hard to describe how cannabis makes you feel because… well, you know, man.

Sometimes, Hollywood says it best. We took a dive into the greatest high scenes in film to find quotes about cannabis that just get it. Take a scroll through these when you’re at a loss for words, or just want to feel better about that thing you said last time you were stoned.

“Say man, you got a joint?” – David (Matthew McConaughey)

“It’d be a lot cooler if you did.” – David (Matthew McConaughey)

It would be hard to say “no” to Matthew McConaughey.

“Hands down the dopest dope I ever smoked.” – Saul (James Franco)

POV: James Franco as your budtender.

“Behind every good man there’s a woman, and that woman was Martha Washington, man, and everyday George would come home, she’d have a big fat bowl waiting for him.” – Slater (Rory Cochrane)

Apparently, there was a lot more going on at Mount Vernon than the history books told us.

“Dude, am I really high, or is this actually working?” – Harold (John Cho)

A valid question when you find yourself riding a cheetah through New Jersey.

An homage to the friends who keep us grounded.

Sam (Tim Meadows): No, Dewey, you don’t want this. Get outta here!

Sam : It doesn’t give you a hangover!

Dewey Cox : Wha-I get addicted to it or something?

Dewey Cox : It’s not gonna make me wanna have sex, is it?

Sam : It makes sex even better!

Sam : It’s the cheapest drug there is.

One of the best arguments for legalization to date. 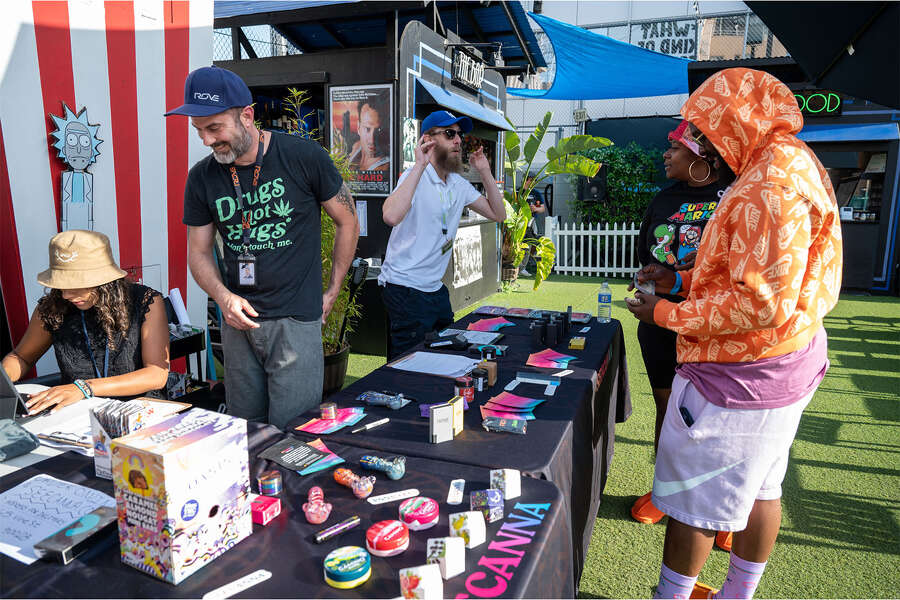