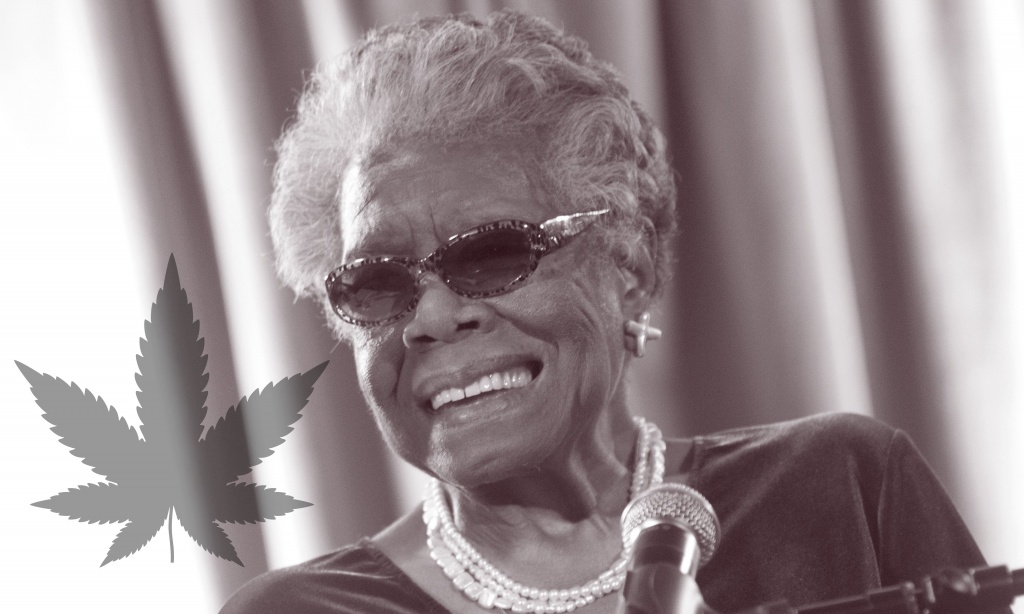 When you hear the word “stoner,” what do you see?

Thanks to stoner flicks (think “Harold and Kumar” or “Half-Baked,”) you probably see a twenty-something man eating sour cream and onion potato chips.

But what if we told you “Star Wars'” Padme Amidala was a stoner?

OK, that’s a stretch – but the actress who played her was, and many other influential women have been cannabis enthusiasts, now and throughout history. A recent poll showed a whopping 9% of women in the U.S. use marijuana, only 6% less than the number of men who use it. So, if you’re still wondering what women want, the answer might be weed.

We pulled seven iconic canna-queens who deserve a little respect.

For this revered poet, cannabis was a kind of cathartic therapy. Having suffered physical and sexual abuse both in childhood and adulthood, Angelou used cannabis regularly to heal her trauma and ignite creativity. So, in part, you can thank cannabis for the Maya Angelou we know and love today.

In her autobiography “Gather Together in My Name” (the second autobiography in a seven-part series, the first of which is “I Know Why the Caged Bird Sings”), the late Angelou described her first days using cannabis with the characteristically elegant words,

“I learned new postures and developed new dreams. From a natural stiffness I melted into a grinning tolerance… For the first time, life amused me.”

RELATED: Which strain is best for productivity – Indica or Sativa?

Portman may not have a lot in common with stoner stereotypes, but she is a great example of the empowered, motivated, and health-conscious cannabis-consumers who exist in real life. While she says she’s “too old” for cannabis these days, Portman has spoken openly about enjoying cannabis in college. She also starred in not one, but two cannabis films – “Your Highness” and “Best Buds” – the latter of which she also produced.

“I love stoner comedies,” Portman said in an interview with Entertainment Weekly. “I smoked weed in college, but I haven’t smoked in years… I wish I was that cool, but I’m like an old lady now.”

This one shouldn’t come as a shock. The pop icon has been more than transparent about her passion for cannabis over the years. What may surprise you is that Gaga began using cannabis to treat fibromyalgia, a chronic illness causing intense pain and fatigue. At one point, the singer said she was smoking 15 to 20 joints a day to cope.

In a 2013 interview with Elvis Duran, she said, “I do think it’s the best of the drugs to choose from when you’re playing around and experimenting. I just want young kids to know that you actually can become addicted to it. There’s this sentiment that you can’t, and that’s actually not true because I have been addicted to it.”

While Gaga still uses cannabis, she told Attitude she now only uses it for fun.

That’s right – this canna-lover is a Catholic saint.

If you’re not familiar with Hildegard von Bingen, you should be. Born in Germany in 1098, this medieval abbess was also a writer, composer, and philosopher – and she casually dabbled in medicine. She grew “cannabus” in her herb garden and devoted an entire chapter of her extensive medical record, titled “Physica,” to weed.

“It (hemp) diminishes bad humors and makes good humors strong,” Von Bingen writes. “It is openly gentle and useful in their stomach since it somewhat takes away mucus.”

Who says hash can’t be holy?

Oscar, Emmy, Grammy, and Tony award-winner, this powerhouse woman can’t be stopped – especially when it comes to sharing her passion for her vape pen.

In a 2014 column appearing in the cannabis section of “The Denver Post,” Goldberg wrote an ode to vaping titled, “My vape pen and I, a love story.” In it, she describes an intimate relationship formed with her cannabis vape, along with the mental and physical benefits it provides.

“The vape pen has changed my life,” Goldberg wrote. “In fact, her name is Sippy. And yes, she’s a she. And yes, I named her Sippy because I take tiny, little sips — sassy sips, even — from her. And with each sip comes relief – from pressure, pain stress, discomfort.”

Goldberg, who suffers from glaucoma, uses cannabis primarily as a way to treat headaches that come from eye strain. She co-founded her own medical cannabis company, Whoopi & Maya, in 2016, but the business was shut down last year.

The “Queen of the Aesthete” could also be called “Queen of the Canna-Lovers.” The highly influential pop culture critic made a splash when she agreed to be interviewed by “High Times” in 1978, at the height of the War on Drugs.

When “High Times” asked her if she had feelings about the increasing use of drugs in the United States, Sontag responded,

“I think marijuana is much better than liquor. I think a society which is addicted to a very destructive and unhealthy drug, namely alcohol, certainly has no right to complain or be sanctimonious or censor the use of a drug which is much less harmful.”

Cannabis was once highly valued for its healing properties in the religion of Daoism, so much so that some called it the “elixir of life,” and had its own deity.

Magu is described in the religious text, “Biographies of Divine Mortals” by Ge Hong in 317 CE as a beautiful and kind woman. She is not only a hemp goddess, but also the goddess of longevity (probably thanks to the hemp) and a symbolic protector of women. So, basically, we want to be Magu’s best friend.

No one knows for sure whether this female pharaoh was also a canna-queen, but she did come to power shortly after the writing of the “Ebers Papyrus,” a prominent medical text written in 1500 BCE that describes the common use of sativa for menstrual cramps and childbirth. So, safe to say this queen knew her weed. 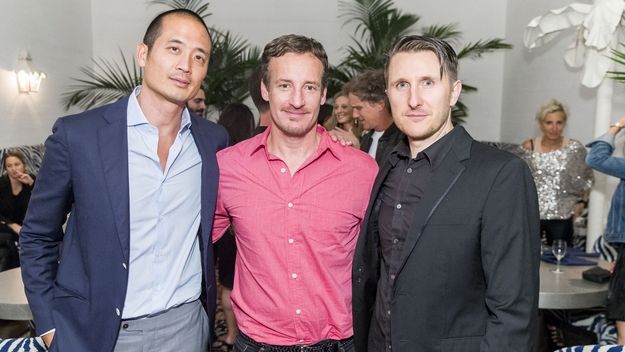 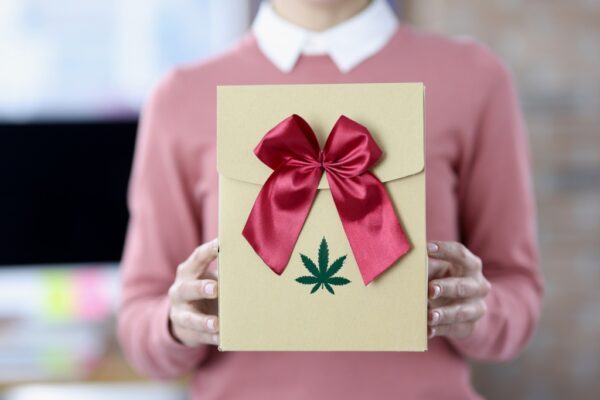 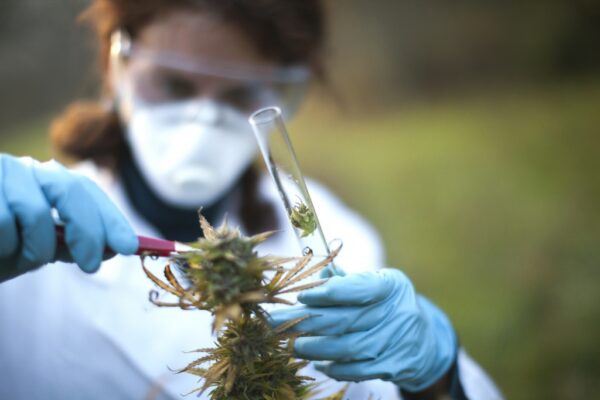 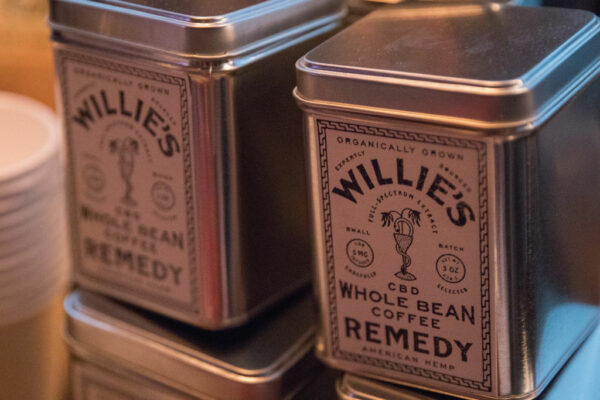