New study challenges data on teen use of marijuana

Worried about the effect of cannabis use on your teenager’s brain? A recently released study in the Psychology of Addictive Behavior Journal suggests occasional cannabis use improved cognitive functioning for teenagers. Come again?

The study looked at subjects age 14-21 who were nonusers, occasional cannabis users (two or less times per week), or frequent cannabis users (three or more times per week). Adolescents who used cannabis frequently had slightly lower scores on executive control measures than non-users; but in a surprise to researchers, adolescents who used cannabis two or fewer times per week, actually scored better than nonusers on measures testing executive control, social-cognitive, and memory abilities.

This was not a small study, either. Researchers examined data from 4,568 teens and young adults drawn from the Philadelphia Neurodevelopmental Cohort and found, “… occasional cannabis users displayed equivalent or even slightly better executive control, social-cognitive, and memory abilities compared with nonusers, suggesting complex relationships between cannabis use and cognition in youth,” researchers stated.

What is going on?

This recent development is one more piece of research shifting the public perception of cannabis’ effect on the brain. Historically, cannabis had a bad reputation for lowering intelligence. Difficulty with short-term memory recall and slowed cognitive functioning are commonly reported side effects of acute cannabis use, so it’s not surprising that some expect it has lasting negative effects on cognitive functioning.

A commonly cited justification for this belief is research suggesting that cannabis use in adolescents leads to permanent IQ loss. The science seemed to back this up, with longitudinal studies showing an average drop of four IQ points in teens who used cannabis.

Recently, this has been called into question, though. Last year Jackson and Isen took a unique approach by studying cannabis use and IQ in twins. By looking at twin pairs, where one used cannabis as a teen, and the other did not, they were able to see whether cannabis use or other factors were at play. While the IQ drop was seen in cannabis using teens, they were unable to find cannabis related IQ drops within twin pairs. Twins had similar IQ patterns even if only one used cannabis. Jackson believes “…this association is due to something else that makes it likely for someone to have both a low IQ and also be a marijuana user.” He explains that the findings lead them to believe that “this ‘something else’ is related to dysfunction in the child’s environment, whether that be their home, school or peer environment.”

It makes sense when you consider the social context around cannabis and who uses it. It is illegal in many areas, and stigmatized in most. Cannabis use comes with social and legal risk, so the teens who make the choice to use cannabis despite these risks are likely dealing with other issues in their life; whether that is a medical condition they use cannabis for, or difficult social conditions that led them to seek comfort in cannabis and other recreational substances. Given the many independent factors that correlate with both cannabis use and diminished cognitive functioning, it is difficult to say whether the slightly lowered scores on executive functioning seen in this most recent study were caused by cannabis use or one of these other factors.

As for the result that occasional cannabis use leads to better cognitive functioning? Researchers say this complex picture needs to be studied further to make strong conclusions. But if this trend in the research continues, parents might want to think twice about severely disrupting their teen’s life course over some occasional marijuana use. 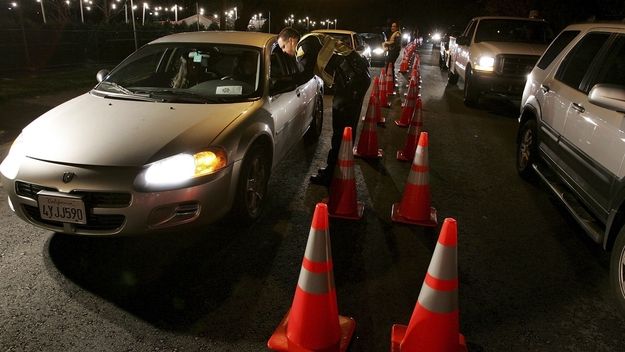