The Emerald Cup competition of 2017 hosted more than 25,000 people. |Photo by David Downs

California and marijuana have long been intimate companions, and legalization is just another step in the relationship. So this big celebration on Jan. 1 is a bit of an anticlimax. Herb is as embedded in the Golden State as it is in the soil of the Northern California forests — starting with our history.

Migrant workers from India, the Middle East and Mexico brought cannabis medicine to California in the 1800s. In the 1900s, Mark Twain allegedly took hash in North Beach when he was a San Francisco journalist.

Of course, in the ’60s, California popularized the concept of marijuana legalization, and the scent in the air never really disappeared. More than half of Californians have tried cannabis and about at least 7.5 percent use it regularly. Since the ’80s, California has also been growing more pot for the rest of America than any other state.

In 1996, California invented medical marijuana legalization, and the criticism ever since is that it’s too easy to get a medical marijuana card. Medical legalization set into motion a thriving industry of collectives that set the pace for the nation. Today there might be 1,000 medical dispensaries in California, more than 10,000 farms and hundreds of thousands of qualified patients.

Because of all these things and more, cannabis is a generations-deep part of the state’s culture.

It was never very hard for your average California dreamer to get ahold of some.

So the idea that there are new risks to your family are unfounded. It will be just as illegal for your teen to score some bud when the 21-and-over law kicks in as it ever was. Only now, licensed dealers check IDs, and police will run undercover decoy stings just like at liquor stores.

Also, tax revenue from marijuana sales pays for millions of dollars in public health messaging to hammer home the message that this is for adults only. This “tax and message” approach has destroyed tobacco use among teens, and the data from other states show legalization is not enticing teenagers. In Colorado, teenage cannabis use has reportedly declined steadily since legalization in 2014, and in Oregon, which legalized in 2015, legalization has not lead to increased teen pot use.

On a similar note —drugged driving might be a super-trendy issue right now, but California law enforcement and drivers have had experience with cannabis for decades. All the while, our roads are safer than average roads in the U.S.

We measure road safety by the “vehicle mileage death rate” — or the deaths per hundred million vehicle miles travelled. California’s MDR is .93, versus 1.17 for the U.S. average and almost double (1.88) for states like South Carolina — where cannabis is illegal and lax drunk driving and seatbelt laws result in preventable tragedy. Texting is California’s new road scourge. Toking is an old annoyance.

And for those really concerned about a child accidentally eating an edible, you can start by locking up all household poisons — mainly in your bathroom cabinets and laundry room. Californians have been making and taking homemade pot brownies, cookies and gummies for generations. What’s coming to California for the first time is strict labeling on infused foods, so there’s no mistaking legal cannabis from regular foods. Marijuana-related poison control calls rose at first in Colorado, then they declined. And unlike when a kid eats mascara, Advil, or a Tide soap pod — no kid is going to die from eating cannabis.

All of which is to say: don’t get too carried away by launch day hype. Cannabis has been with California much longer than any of us have, and marijuana promises to outlast our short time in the Golden State, and then some. 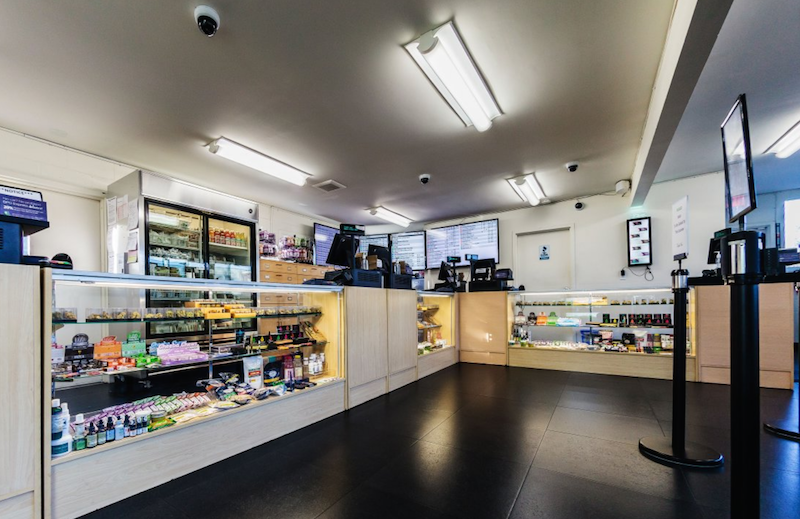 Where can I buy legal cannabis in California?

What happens to medical cannabis in California under legalization?