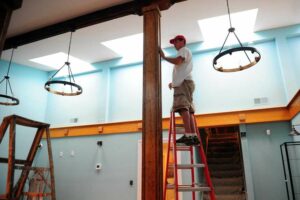 My experience as a prosecutor in Colorado before, during and after marijuana legalization has led me to conclude that legalization and regulation is a far better approach than criminalization.

After nearly 30 years as a trial lawyer, including four as a deputy district attorney in Denver, I was elected the district attorney for Colorado’s 20th Judicial District (Boulder County) in 2008. I took office one week before Barack Obama’s inauguration.

I felt prepared to step in as the elected district attorney because I had extensive experience managing lawyers, and I had observed the Boulder DA’s office for most of my career. Upon taking office, I implemented immediate reforms to meet certain goals: the Boulder DA’s office needed to be more transparent, more focused on involving the community in the criminal justice system through jury trials, and more collaborative in working with the 11 separate law enforcement agencies that brought their cases to the Boulder DA to be prosecuted.

But I was unprepared to deal with one issue: the new reality of legal marijuana.

Medical marijuana had been legalized by a constitutional amendment, which I opposed, in 2000. By mid-2009, six months after I took office, there were several dozen medical marijuana businesses in Boulder County. I worked with the Colorado Legislature to provide a statutory framework for these businesses and to regulate security, advertising, backgrounds of owners and many other factors to get a handle on this emerging industry.

I had opposed legalization because as a law enforcement officer I feared the unknown impact on public safety. Although initially I was very skeptical of Colorado’s system of legalization, I soon concluded that, though not perfect, legalization was a significant improvement over the prior system of criminalization. There are several reasons:

1. Criminalization of marijuana was, by all measures, a failure. It did little to remove marijuana from our communities, resulted in significant injustices by imposing harsh criminal consequences disproportionately to people of color, and the illegal market flourished, largely unregulated.

2. Under the current Colorado system, regulation is strict. Extensive background checks assure that those selling marijuana in our communities are not involved in other criminal behavior. Moreover, strict regulation of marijuana retail stores has controlled advertising, assured safe handling and labeling of products, and eliminated direct sales to those who are underage.

3. Legalization brought with it enhanced enforcement of driving under the influence of drugs other than alcohol. Driving under the influence of marijuana and other substances has been a public safety issue for decades, but with legalization and the funds it has generated, we have been able to staff each police department with drug recognition experts. These police officers are specially trained to recognize and evaluate impairment by marijuana, prescription medications and other illicit drugs and to assure the successful prosecution of these cases in court.

4. Legalization has dramatically reduced the illegal market in Colorado. Most marijuana consumers would prefer to buy their product legally rather than from illegal sellers, which means that in many counties, the illegal market providers have faded away. This reality has helped us keep marijuana from children.

5. Legalization and regulation of marijuana has generated significant tax revenue on the state, county and municipal levels. This revenue has been used to fund schools, public infrastructure, drug prevention efforts, law enforcement budgets and many other important projects. Of course, under criminalization, the economic impact of marijuana, though large, went completely unregulated.

6. Finally, legalization has permitted law enforcement and the courts to devote resources to other, more pressing public safety needs: violent crime, sexual violence, economic crime, and the sale and trafficking of heroin, cocaine and methamphetamine. As a district attorney, I quickly learned that with limited resources, my primary goal was practicality and devoting resources where they were most needed. Legalization and regulation of marijuana has permitted elected district attorneys to do just that; crimes rates have not risen due to legalization, and limited resources can be focused on cases impacting public safety.

Is the legalization system in Colorado perfect? No, and in fact, each year the legislature makes statutory changes to refine how it is administered. But it is much better than criminalization. I now am an advocate for the legalization of marijuana, based on Colorado’s experience over the last 20 years.

Stan Garnett served as a prosecutor in Colorado and was elected the district attorney for Colorado’s 20th Judicial District (Boulder County) in 2008.