As San Franciscans continue to grapple with the magnitude of the “shelter in place” order issued simultaneously by six Bay Area counties on Monday,  news that marijuana dispensaries and delivery services would not be considered an “essential” service by the city resulted in confusion and pushback.

The decision was initially met with shock and outrage by prominent cannabis industry figures and consumers alike. However, the classification was reversed in under 24 hours Tuesday.

In an email to anxious members of the industry sent Tuesday, as a joint effort between San Francisco’s Office of Cannabis and Department of Health, city officials acknowledged the request from the Mayor’s Office and the County Health Officer to shut down all cannabis businesses as a result of the “shelter in place” order.

“The situation is fluid,” the note conceded, “and we are working closely with city partners and healthcare professionals to craft a strategy that will allow for access to healthy and safe product.  We are hopeful that this will create a pathway for businesses to support those that need access. Please standby.”

For cannabis advocates, requests for patience were too little, too late. Demand spiked Monday resulting in long lines at several San Francisco dispensaries, including Dr. Greenthumb at 3139 Mission St., with customers rushing to purchase products before the shelter-in-place order went into full effect.

This last-minute effort to stock up on flower, vapes, tinctures and more comes in stark contrast to fellow “shelter in place” counties like Alameda, where cannabis stores will reportedly remain open for curbside pick-up and delivery for the duration of the order. Elsewhere, Massachusetts, Pennsylvania, and New Jersey have all made various assurances on behalf of their cannabis markets as well.

San Francisco’s Department of Health issued a tweet stating “Cannabis is an essential medicine for many San Francisco residents” and that dispensaries could remain open.

Earlier in the day, one of the first organizations to condemn San Francisco’s decision to omit cannabis as an essential service was the California chapter of the National Organization for the Reform of Marijuana Laws.

In a press release issued Tuesday, deputy director Ellen Komp emphasized the risk such unilateral closures could place on vulnerable medical patients. For recreational users, her argument questioned a rationale that permitted liquor sales but not the equally legal sale of cannabis (though dedicated liquor stores remain shuttered).

“While we have no objection to Palm Springs or other places closing cannabis consumption rooms for the time being, we don’t understand the need to halt cannabis sales or delivery services anywhere,” Komp explains. “For this to happen in San Francisco, the city that brought us medical marijuana largely to serve immune-compromised AIDS patients, is especially troubling.”

CA NORML’s strenuous objections to the decision were echoed by other leading voices in the industry. As the partner to local medical marijuana pioneer Dennis Peron, activist John Entwistle is well aware of how short-sighted the government’s responses can be when it comes to enacting cannabis policy.

“I strongly disagree with this policy,” he said via text message. “Cannabis is important, and under quarantine, access is crucial.”

His concerns were echoed by San Francisco’s cannabis operators – some of whom are were choosing to remain open while awaiting more information from the OOC and DPH.

Reached on the store’s main phone line, a staff member for the Sunset district dispensary Barbary Coast confirmed prior to the update from the city the store would be open until 9:45 p.m. Tuesday evening but could not comment further.

Liz Connor, director of analytics for the cannabis data intelligence service Headset, reports California market sales for Monday were approaching the numbers usually reserved for April 20 aka 4/20 (weed’s most popular unofficial holiday). Connor also observed that edibles saw gains of 107% over normal volume, suggesting some concerned for lung safety amid a respiratory virus outbreak might be pivoting to a smokeless consumption method.

Harborside Oakland also enjoyed a record-breaking day on March 16, with a minimum 25% increase in sales across all four locations. The company also announced on its website today that curbside delivery will be added as an option to their Oakland, San Leandro, and San Jose locations beginning Wednesday, March 18, at 10 a.m.

Mara Gordon, founder of the medicinal cannabis enterprise Aunt Zelda’s and a feature subject in the 2018 documentary “Weed the People,” confirms she had received communications from patients inquiring about whether they should be stockpiling resources.

“We have had several patients ask about getting a year’s supply at once because they are so frightened,” says Gordon. “Neither was a resident of San Francisco, but it points out the reality of those dependent upon cannabis as medicine.”

As a patient herself, Gordon explains what those who count on cannabis would likely have had to rely on instead if a solution wasn’t found to keep access available in the unprecedented times of a pandemic.

“If I suddenly didn’t have access to my cannabis medicine,” Gordon explains, “my only other choices would be oxycodone and Ambien – neither of which are good options.” 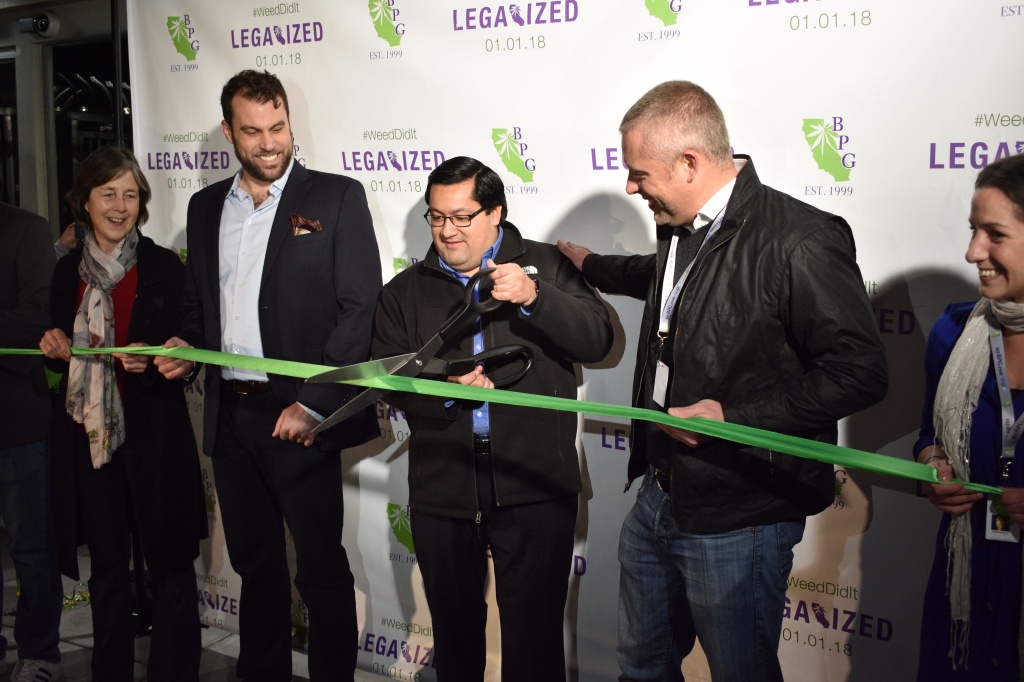