Carpinteria, Calif., once blossomed with chrysanthemums, lilies, and hydrangea, but the market for American-grown cut flowers started to wither under the spell of cheaper imports.

Then, when marijuana was legalized in California, the area found a new cash crop. The same climate that flowers thrive in turns out to be ideal for cannabis cultivation. According to data compiled by the Associated Press, since 2016 the state has granted 800 licenses in Santa Barbara County alone, many of them in Carpinteria. One of the farms to pivot was B and H Flowers, owned by a family originally from Holland who’d been growing tulips for more than 100 years. In late 2015 those farmers, whose last name is Brand, switched to cannabis and — partnering with B and H’s CFO, Autumn Shelton — called the new operation Autumn Brands. It launched last year.

But everything didn’t come up smelling like roses. As Autumn Brands and neighboring farms grew their new crop, the skunky smell of marijuana inundated the town (population 14,000). Residents told reporters they started burning incense in their homes and stuffed pillows under the doors to block the stink. Since September 2016, the Santa Barbara County Air Pollution Control District has received 49 complaints from people annoyed at the odor and worried about its effects, according to Lyz Hoffman, the county’s public information officer. Other places are having similar issues. Neighbors in Oregon and Northern California have sued cannabis growers over the odor; Colorado residents have done the same, even claiming that the smell has brought down their property values.

Autumn Brands wasn’t going to wait around to be slapped with a lawsuit. It was clear that the smell was a problem. “We knew immediately,” says Hans Brand, one of the four co-owners. The question was: What to do? He quickly sent a flyer that had his phone and email to all the neighbors so they could contact him directly 24-7. Then the farm tried the solution most cannabis growers were turning to, an odor-neutralizing fog system.

The fogger guzzled huge amounts of water, which bugged Brand, an environmentally committed farmer. And it had a masking agent, which introduced another scent and left employees with itchy, watery eyes, says Shelton. Mainly it didn’t work; you could still smell the pot. “There had to be something better,” she says. So they started googling around, reading about odor control technologies used in other industries. And Brand started reaching out.

Help From An Unlikely Source

Marc Byers was relaxing, watching something on TV at home in West Chester, Pa., when the phone rang. Back in 2013, he’d started Byers Scientific & Manufacturing by way of Willie Nelson, as he tells it. Byers had a friend in the band who, via the bass player, connected him to a large composting project in Idaho that was looking for some consulting. That project opened Byers’ eyes to the need for technology to buffer a range of smelly industries, like waste transfer stations and sewage plants. Four years later, on June 16, 2017, his company was doing just that as he sat in front of the TV with the phone ringing. “It was Hans Brand calling me out of the blue,” Byers says. “And he began to question me about our capabilities.”

Byers had never worked in agriculture, let alone cannabis, but agreed to design a pilot system for Autumn Brands. “The opportunity was not lost on me for a moment,” he says. Byers had innovated a waterless vapor phase system to disperse odors. The general problem, he explains, is that to cut industrial stink, the neutralizer must physically collide with the offending gas. That’s difficult with a fog system. “Sending a water droplet out to catch up with an odor is akin to trying to catch up with a semi-truck on a bicycle,” he says. “It’s simply never going to happen. A vapor, however, will cruise along the same ‘highway,’ and the chance of collision with the malodor is much higher.”

Less than a month after the first call, Byers brought Autumn Brands a system to test. “My mom was the odor expert,” says Brand. “She would not smell a thing for days and then call to say that she smelled something. Every time, it was due to the system being shut down for some reason or another. Marc and I agreed to test for six months; however, after 30 days, I ordered my new machine.”

RELATED: How To Grow A Cannabis Farming Business In The Blazing Marijuana Economy

The Sweet Smell Of Success

It was only a partial victory. Autumn Brands couldn’t solve the smell problem on its own; it needed neighboring farms to cut their odors, too. “Once I saw how effective it was,” says Brand, “I invited leaders from other farms to come and take a look.” Prices vary by the size of the grow operation, but essentially it costs $46,750 for the basic unit, $5,000 to $6,000 for installation, and $45,000 to $75,000 a year for the deodorizing solution. Brand thinks about a dozen other farms have installed systems, and the number of complaints has fallen, according to Hoffman. As for the growers who haven’t taken action, they may be forced to: This fall, the county started requiring all farms to control their odors. “Fingers crossed, and let’s hope we get this right,” says Brand.

Meanwhile, Byers couldn’t be happier. Today cannabis odor control is 70 percent of his business. “This market found me, and it’s the most gratifying experience of my life,” he says. “I owe a debt of gratitude to Hans that I’ll never fully be able to repay.”

Related:
How One Cannabis Cultivator Eliminated The Skunk Smell
New Report Suggests Women Are Thriving In Cannabis. Are They?
Why The Cannabis Industry Deserves Access To Modern Banking And Financing 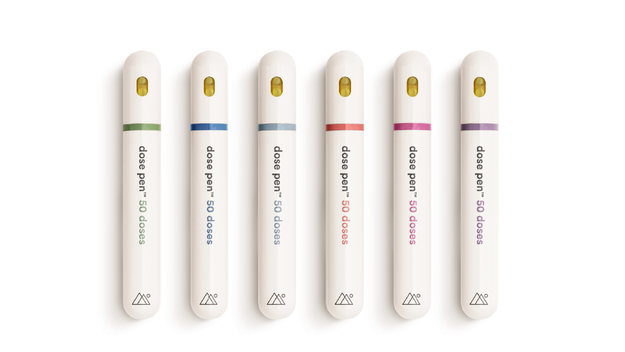 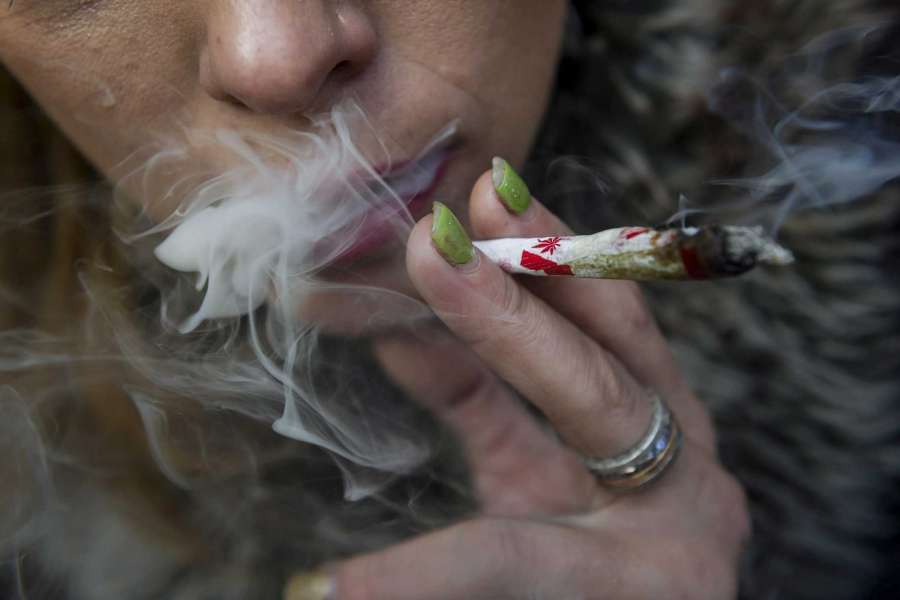