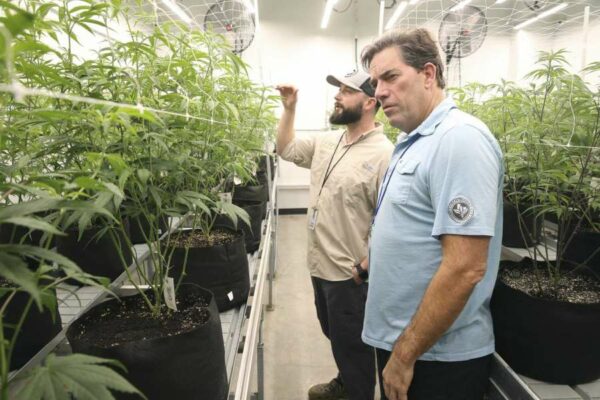 The Texas Legislature took a sharp right turn in this session, but on one issue at least, lawmakers did something that used to be identified with liberals – allowing more legal use of medical marijuana. That was the right decision, and it will benefit many Texans who say they can’t get the relief they seek from traditional medicine.

The big change this time was allowing doctors to prescribe medical marijuana for post-traumatic stress and any form of cancer. This is a compassionate change for illnesses that can devastate their victims.

Texans understand this threat for cancer, but some still don’t realize that post-traumatic stress is a serious condition too. It’s not “all in your head” or something you can just snap out of if you try hard enough. Doctors now recognize post-traumatic stress as a legitimate illness that must be treated as aggressively as any other ailment.

“This new law is an important step forward for veterans, cancer patients and many other Texans,” said Nick Etten, a former Navy SEAL and founder of the Veterans Cannabis Project, who noted that many Texas veterans cope with PTSD. “Moving forward, we will continue to work with lawmakers in future legislative sessions to build on this law, develop a broader approach towards medical cannabis, and make sure it is a truly effective medical tool for the veterans who gave so much for our country.”

The law is a step forward, although advocates of medical marijuana were disappointed that the bill was stripped of a bigger changes. Initially, House lawmakers overwhelmingly approved a version of the bill that would have expanded eligibility to patients with any condition that causes acute or chronic pain. The bill would have even given the state health department the ability to approve other conditions.

Those parts didn’t make it through the bill process, but they can be revisited in future sessions. Other states have greatly expanded the legal use of medical marijuana and reported few problems. Its supporters may be too enthusiastic about its potential, but it does seem to help some people who have been frustrated with traditional medicines.

Changes like this were unthinkable in Texas just a decade ago. But even though conservative Republicans retain control of the House and Senate, they have become more open to ideas like this which they once would have rejected. That’s encouraging, and both parties should be able to move beyond their base positions to consider ideas once thought to be the property of the other party.

Most citizens want laws that work for them, regardless of where they come from. Medical marijuana is moving forward in Texas under this concept, and that’s a plus for the entire state. If it’s not right for you, you certainly don’t have to use it. But it could be the answer that other Texans are seeking, and they should have that option.