Three days, seven startups and a $50,000 prize: Oakland-based Arcview Group’s “Shark Tank”-style investor pitch forums have become a barometer for what’s hot in the cannabis industry’s “green rush,” and after last week’s Santa Monica conference — the first such event since adult use became legal in states including California — what’s hot is increasingly sophisticated ways of growing and consuming marijuana, provided that purveyors can navigate the murky legal waters and clamor for legitimacy in what is still a nascent industry.

After a “VIP” day of dispensary tours followed by dinner, the conference centered around two days of pitches and panels in front of 275 investors and entrepreneurs in a ballroom at the tony Fairmont Miramar hotel. The uninitiated might imagine a cadre of stoner guys with dreadlocks; but mostly, this appeared to be like any other buttoned-up business conference: mostly lots of backslapping white dudes in blazers from throughout the United States. Their playground is Burning Man, and their backgrounds are in engineering and finance. And now, they’re hoping to cash in on cannabis.

Take, for example, the winner of the purse: “Arc”, a $199 wind-resistant pipe with a built-in electronic lighter, made with adventure sports enthusiasts like founders Louis Cirillo and Matthew Kummer in mind.

Cirillo, a San Francisco-based computer engineer and product designer, got the idea on the ski slopes, and his product (much like Cirillo himself, he later revealed) “doesn’t touch the flower,” thus it is not bound by state or federal regulations. Nowhere on the Arc or its marketing is a “weed leaf,” Cirillo pointed out; the emphasis instead, he said, is on people “enjoying themselves.” Cirillo said he’d gotten early positive feedback while conducting research on Reddit, has opened up the website for pre-orders and on day two of the forum, he said he’d already had a few verbal offers of investment.

A runner-up to the top prize (as voted on by the audience) was an at-home “plug-n’-plant” device called Leaf created by a team of men with backgrounds in hardware, design, engineering and manufacturing based in Israel and Colorado. CEO Jonathan Ofir billed the $3,000 device as a smartphone-controlled “mini-fridge that stocks itself with cannabis” or “a baby monitor for weed.”  Like Arc, Leaf does not “touch the plant.” On its website, where customers can pre-order the device, it advertises that buyers can grow plants including strawberries, mint and basil, but nowhere is there a mention of marijuana, suggesting that launching a product in the burgeoning cannabis market is not without barriers.

The competition for shelf-space in dispensaries is a “complete bloodbath,” said CEO Cameron Clark, who founded the California-based Sunderstorm, which manufactures as many as 150 different cannabis products under four different brand names (including Kanha Treats and Radiance).

To that end, Ari and Dani Freeman pitched a metered dosing vaporizer called Indose, which is designed to look more like a medical device.

Almost a month into full commercial legalization in California, Dayton began by thanking those who had contributed to the efforts to make cannabis legal in California, meaning anyone 21 or older can walk into a store and buy marijuana.

“Millions of people wake up in California not afraid of their government,” Dayton said. “This gives meaning to what we do.”

This year, Dayton said later, there was more confidence in the air, and the firm has been able to attract better companies and more money. In 2015, for example, the prize was just $10,000.

Arcview has hosted a handful of similar such events since its founding in 2010. Its network has invested more than $155 million in 165 companies so far. In 2017, Dayton said, total investments in the industry reached $500 million, and Arcview’s 600 investors had represented at least $50 million of that.

Arcview researchers expect the industry to generate $20.8 billion in direct spending by the year 2021, and almost $40 billion in total contribution to the U.S. economy.

As cannabis yields mainstream profits, its character is changing too. At this cannabis convention, there was conscious pushback against the refrain of “smoking weed” and “getting high.” Most speakers emphasized the mental and physical wellness benefits of cannabis, and were there just as much for the business potential as they were for personal enthusiasm for the plant.

“Investors and entrepreneurs take risks and see opportunity where other people see hazards,” U.S. ambassador to Australia Jeff Bleich, who is running to be lieutenant governor of California, told the crowd.

“You are clear-eyed about the risk but willing to seize the opportunity.”

Still, there were many earnest discussions on legislation, lobbying and “liquidity,” meaning how to make an exit (investor-speaking for “make money”) in an uncertain market. Founders aren’t just facing the complications of launching a business; they must also navigate confusing and changing rules.

That comparison might be all too real. If this conference represents the leaders in the space, it illustrates that legal cannabis is at a high risk of mirroring tech’s racial and gender gaps. Women and racial minorities were largely not a part of the conversation. All of the founders pitching companies were men, as were all the C-level executives on their teams.

It’s a blind spot, Dayton admits. Which is why Arcview director of capital formation Jeanne Sullivan, investor Barbara Koz Paley and Canna Advisors co-founder Diane Czarkowski — hosted a first-of-its-kind women’s lunch. Members of the media were not allowed at the lunch, but later, Dayton summarized his remarks in an email:

“I spoke about how I and other men are waking up to the fact that being raised female in our culture is a completely different one than being raised male and how that creates blind spots that can only be adjusted for by having more female perspectives.”

Aside from the lunch — and a few pointed on-stage comments about the lack of women from Koz Paley, who was one of the “sharks” — conversations centered on just how far the industry had come since Reagan’s “war on drugs.”

“Right now is marijuana’s moment  — it feels different than it has before,” said Jim Patterson, CEO of cannabis delivery app Eaze, which has been valued at $115 million. Patterson, who is on a mission to make marijuana mainstream, added that cannabis was at the intersection of social justice and the opioid epidemic, and it stands to “empower” communities by creating jobs and generating tax revenue.

“The time is now. The momentum is here and now,” he said. “Cannabis is the one thing we can all agree on in this country right now.” 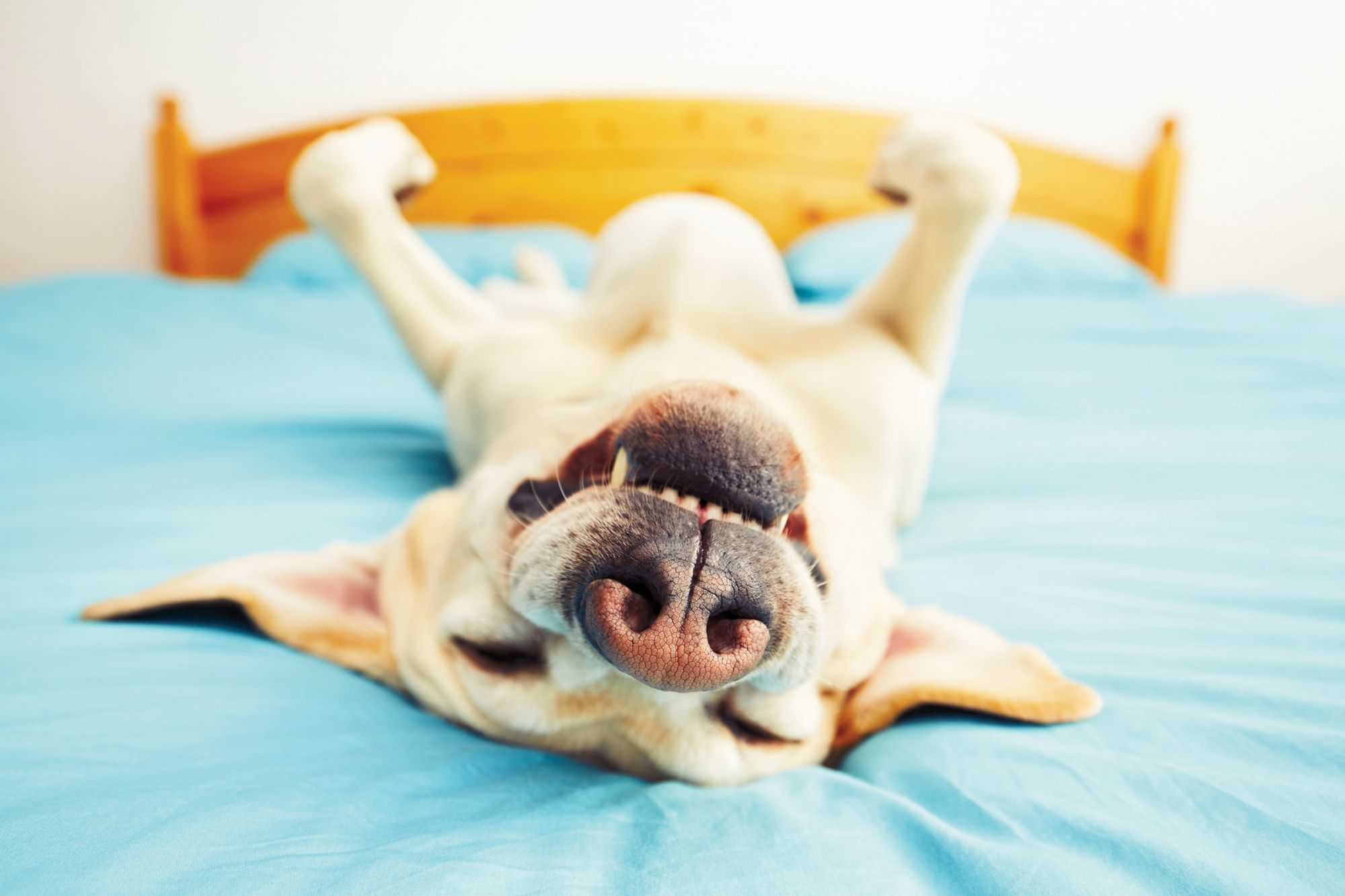 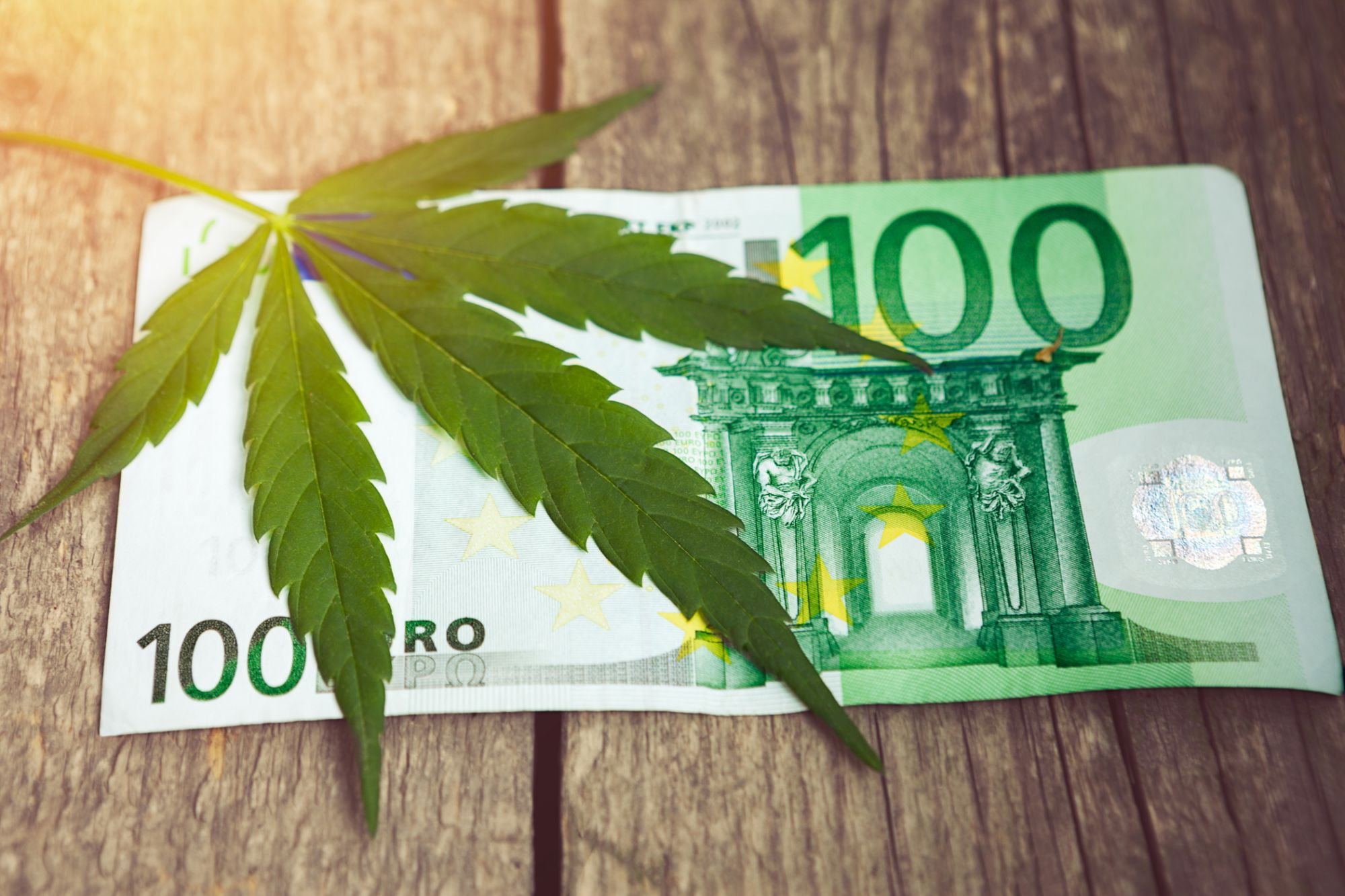 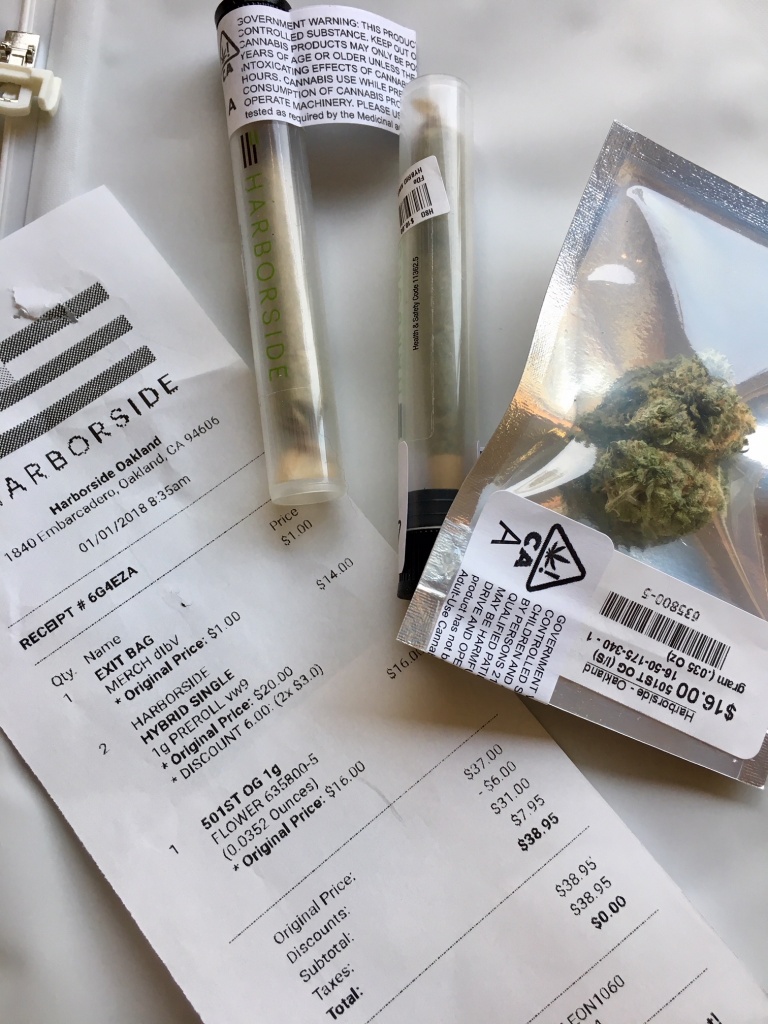 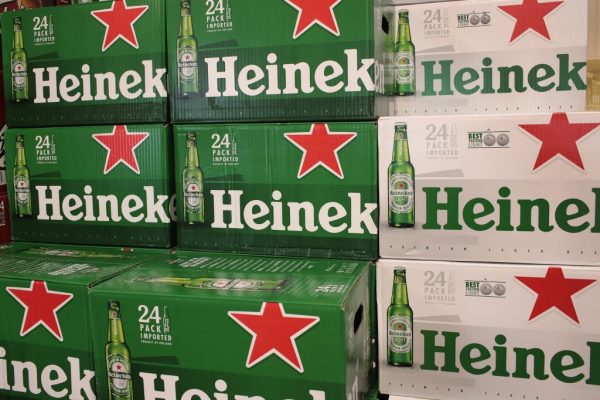 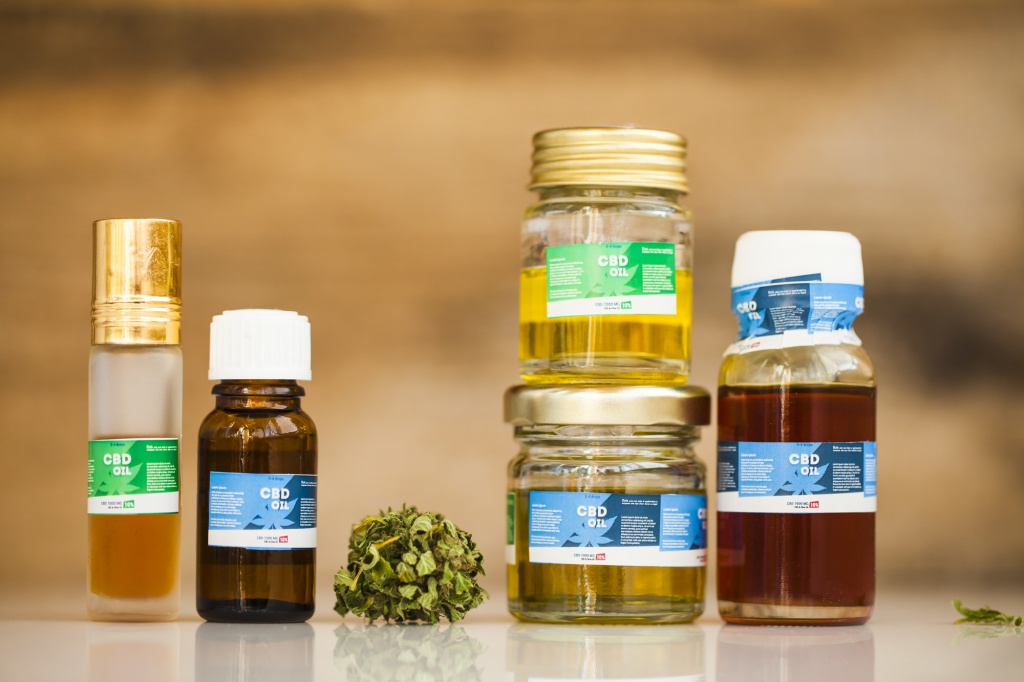 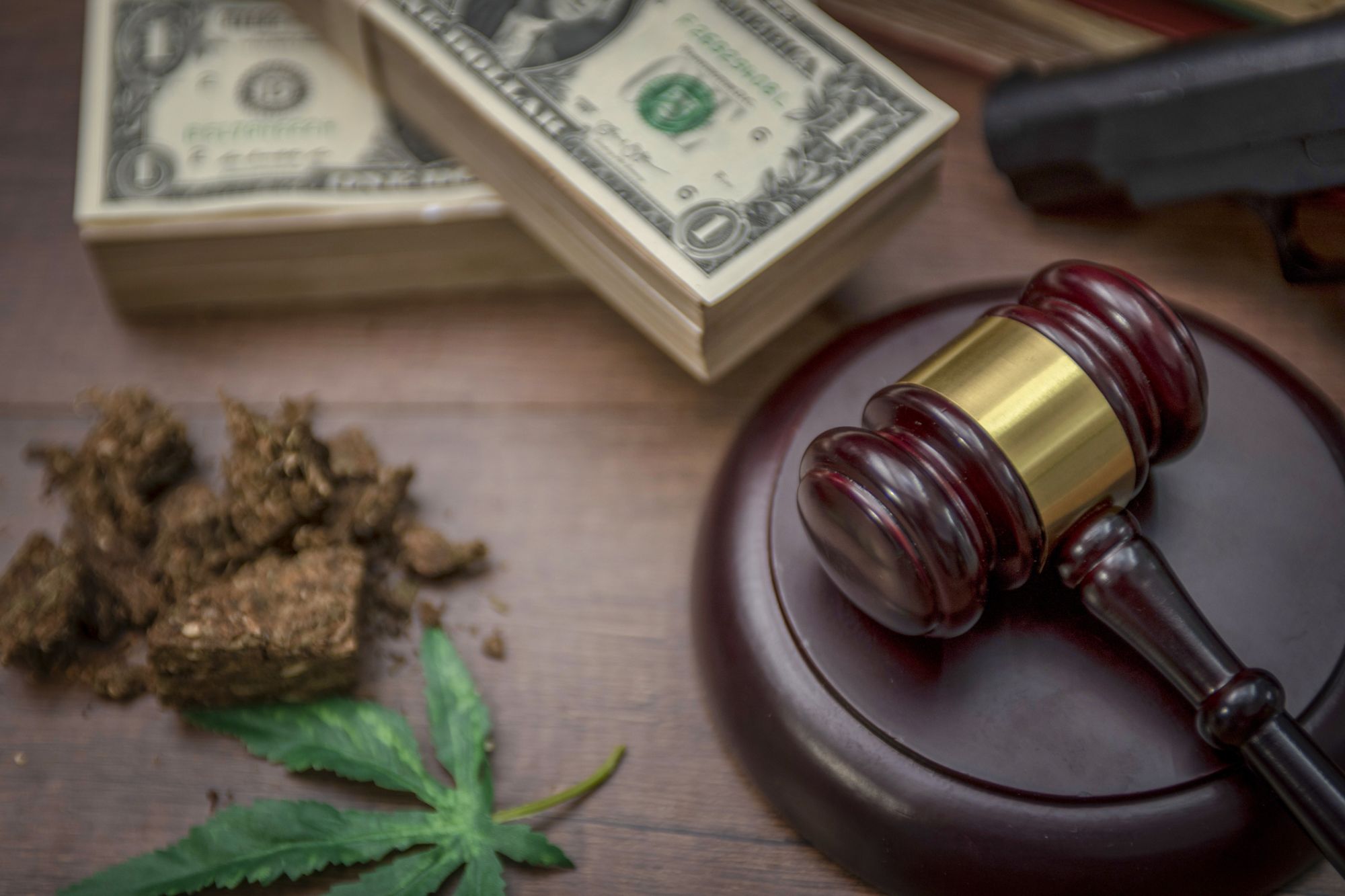