As consolidation and economies of scale in cannabis continue, scaled manufacturing has become vital to brands that want to expand their reach and sales. Since its inception, Wagner Dimas technology has produced tens of millions of legal marijuana joints, and emerged as the industry leader in commercial cannabis pre-roll manufacturing tech.

The private think tank and fabrication house has only one outside shareholder in Australis Capital, a US spin-off of Aurora Cannabis who has a 15% stake in Wagner Dimas as a result of a buyout of shares from CannaRoyalty (now Origin House). Wagner Dimas hasn’t raised outside capital since a $1 million seed round in 2016, instead growing revenues via equipment sales and licensing to over $4m in 2018. The company claims to have designed equipment that will produce pre-rolls in various formats and weights, with capacity to meet global demand. A hefty claim from a small private company grown from a garage in 2015, in a land of large publicly funded Canadian producers and US multi-state operators.

WD exclusively licenses its pre-roll tech to Aurora Cannabis for use in Canada, and to WD sister company Herban Corporation in California. As a result, both companies quickly emerged as pre-roll production leaders in their respective markets. Aurora is the second largest global cannabis company by market cap with operations in 22 countries. Herban produces over 400 product types (or SKUs) of pre-rolls for dozens of California’s most prolific brands, out of its State-licensed Oakland facility.

There is a lot of room for innovation in cannabis and hemp, and we feel like we’re just getting started

In spite of their success, the company’s website has only a contact page, and their tech is a black box to the outside world. Wagner Dimas CTO and co-founder Mitchell Wagner commented on what the company has in store and why they live mostly under the radar.

“We’ve enjoyed our ability to be quiet, nimble and innovative as small private company,” said Wagner. “We’ve worked tirelessly for the last few years to solve the problems that come with scaling our platform to produce millions of pre-rolls a day. We’re executing on that vision now. Secrecy is important with valuable innovations. B2B marketing is a waste of time if you can get the right meetings with the right partners, and we’re all about efficiency.”

Wagner Dimas has grown to 9 full time staff engineers housed in a 6000 sq ft SF Bay Area research and development facility. Leveraging their position in pre-roll tech, WD has branched out into other cannabis and hemp tech arenas at a rate of a patent filing per month. In doing so, WD is planting its flag in the new territories of material science, plant science, and other manufacturing tech for cannabis and hemp for future commercialization.

“The light at the end of the pre-roll tunnel is getting close, so we’ve been developing other disruptive inventions in parallel to commercialize as we reach maturity in pre-roll tech. There is a lot of room for innovation in cannabis and hemp, and we feel like we’re just getting started,” explained Wagner.

Wagner described their next patented piece of equipment, which uses cymatics and sound waves to separate denser fragments of cannabis buds from leaf that is removed during the trimming process. Developed by WD director of material science and Johns Hopkins PhD Dr. Robert Ireland, this innovation works much like mining equipment, recapturing valuable bud material that would be otherwise discarded or processed as byproduct. At a recapture rate of 10-30%, this adds up for cultivators producing thousands of pounds of trim per harvest. Wagner said they expect to start selling this “CCG separator” to commercial growers this fall.

“We’ve partnered with top companies in cannabis to solve the problems that we ourselves face as operators in the space. Aurora has been a great tech partner. They run a powerhouse operation and we’re working on a couple of other projects together,” added Wagner. “We believe they’ll emerge the global leader outside of the US and remain a valuable partner. Herban has provided a great local feedback loop for our tech that allows us to quickly test improvements at scale with the real thing. We’re also working with other great category leaders under NDA to solve hard problems and increase efficiency that will produce some really cool stuff. We’ve attracted a deep and diverse brain trust of folks that love cannabis, hemp, science and engineering.”

Perhaps the biggest opportunity for WD technology is their recently formed spin-off company, Hemp Joint Ventures. The company is set to produce high-grade hemp pre-rolls with genetics from partners Napro Labs. Together, they look to to disrupt the $785 billion global tobacco market.

E-CIGARETTES: Banned in the Bay Area, but Juul is fighting back

“We believe our partners have crafted and continue to advance the best hemp genetics on earth for the products we’re launching. Now we have a chance to compete next to tobacco on the same shelf, with a product that tastes and smells better,” said Wagner. “Our products will be void of highly addictive amounts of nicotine, and will be additive free. Our cigarette filter is biodegradable and made of 100% hemp. No synthetics. We have a great opportunity to overtake the existing herbal cigarette market, and convert tobacco users to hemp. We’ve seen great demand for the product, so now we’re working to grow as much as we can.”

Many cannabis companies have been moving towards hemp due to its federally legal status (legally produced hemp contains less than .3% THC). High sin taxes and heavy regulation, along with the lack of interstate commerce, has hampered most cannabis companies’ ability to grow past their own borders. That’s not the case case with hemp. Hundreds of thousands of potential retail points throughout out the U.S ., along with online sales, could mean much faster growth in the hemp sector.

A small group of upstarts and early comer hemp cigarette brands already exist, the most notable coming from another venerable cannabis brand Bhang, whose ‘Hemp straights’ sell in a 20-pack, and come with filters identical to traditional (nicotine) cigarettes. Unlike Bhang, which modifies its manufacturing process to accommodate tobacco equipment, many of the early operators are using low volume, off-the-shelf pre-roll equipment, also used for cannabis which is almost identical to smokable hemp by touch and smell. 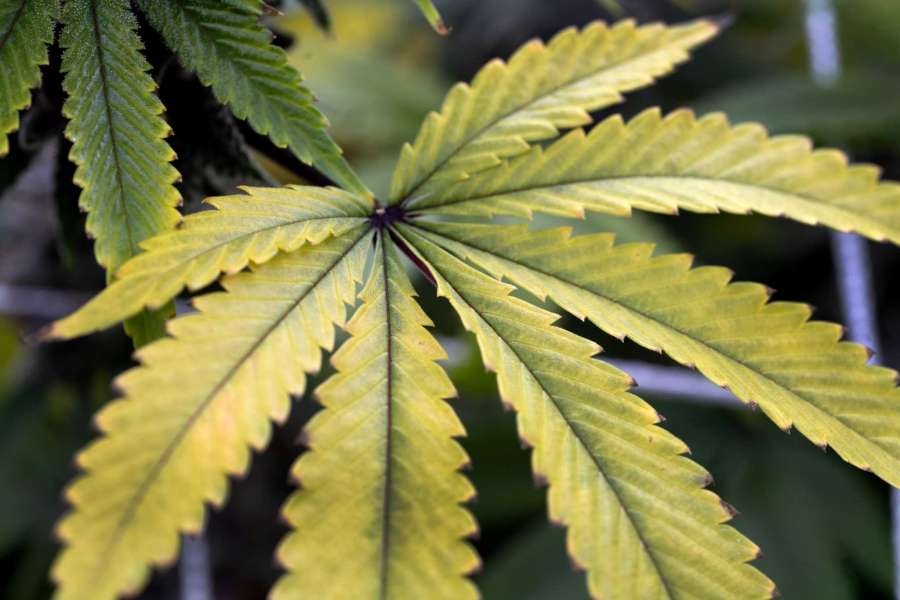