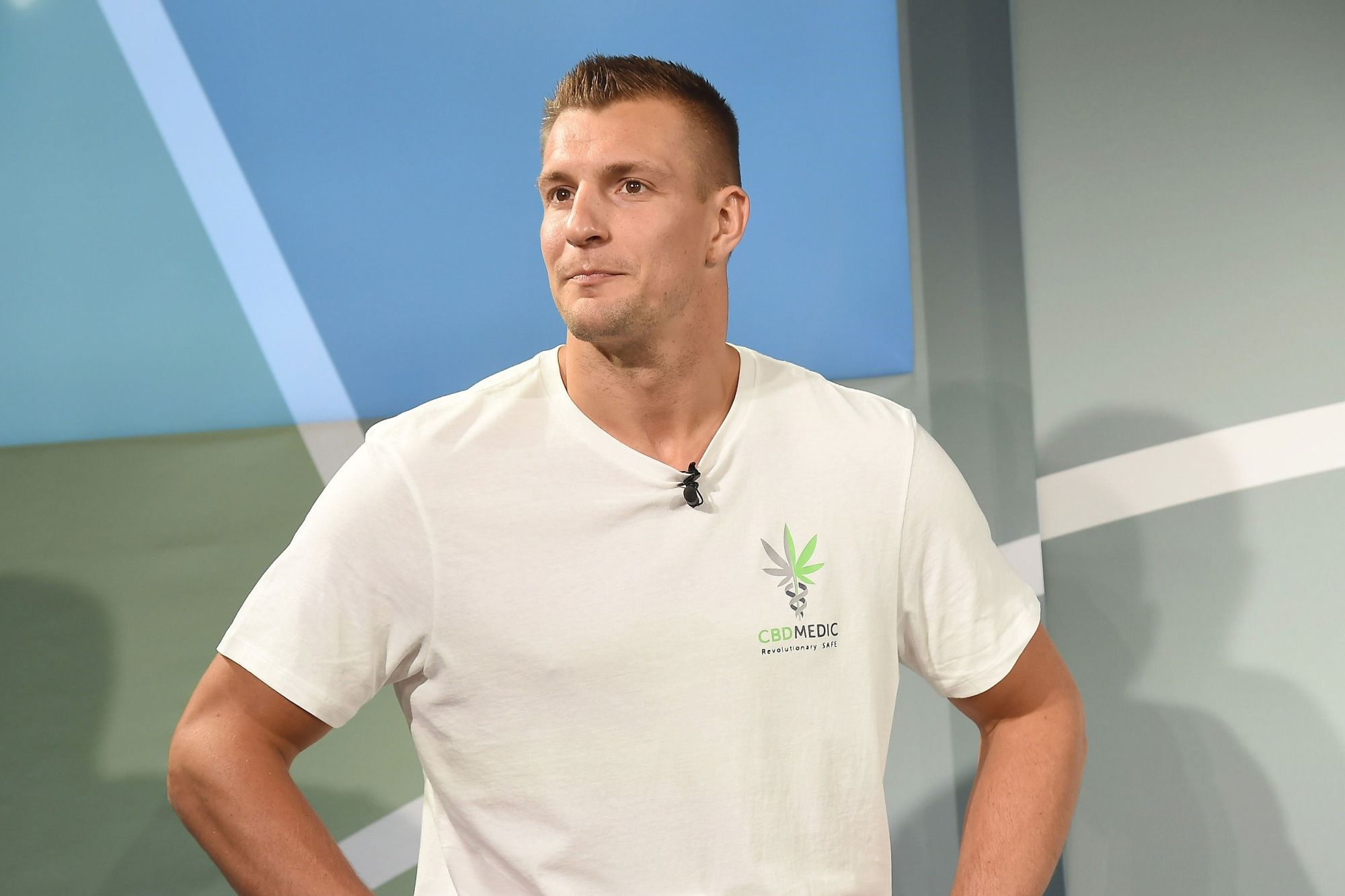 Retired NFL player Rob Gronkowski, a star of the New England Patriots, has inked a deal with Abacus Health Products in Woonsocket, Rhode Island that includes buying a stake in the company and agreeing to promote its products.

His decision reflects his belief that CBD products made by the company under the brand CBDMEDIC can help others manage pain the way it has helped him.

At a news conference announcing the deal, Gronkowski – known as “Gronk” to legions of Patriots fans – said he used CBDMEDIC and was “blown away with how well it worked. I am pain free, and that is a big deal.”

Cannabis is effective in dealing with pain.

Although just 30 years old, Gronkowski retired from football in March 2019. Both he and Andrew Luck, the Indianapolis Colts quarterback who decided to retire in August at age 29, are seen as a potential new trend of players leaving the NFL early because of injury.

“I needed to recover. I was not in a good place.” the former tight-end said at the news conference, according to video from CBS Boston. “Football was bringing me down, and I didn’t like it.”

Gronkowski said a series of injuries made him decide to retire while still young. He also said CBD would have helped him deal with injuries during his career. The use of any marijuana-related products, including CBD, is banned by the NFL.

That ban extends to CBD even though most of the products, including the ones from CBDMEDIC advocated by Gronkowski, are made from hemp and do not contain THC, the chemical in marijuana that gets you high.

Related: We Are Nearing the End of Cannabis Prohibition

Athletes are turning into advocates.

Gronkowski is the latest in a string of athletes and celebrities who advocate the use of CBD after trying it themselves. It’s an industry that already has attracted all-time greats such as Joe Montana, who has invested in a medical marijuana company.

Even the typically conservative NFL has considered lifting its ban on the use of medical marijuana by players for pain management when they craft a new collective bargaining agreement for the 2021 season.

Dr. Murdoc Khaleghi, a senior medical advisor for Elevate CBD, said that decision is partially being driven by ex-athletes like Gronkowski.

“Gronk’s testimony is just another in the growing list of elite athletes who have found CBD to be helpful in pain, inflammation, and recovery,” Khaleghi said. “The inflammation of stressed muscles and joints can significantly limit the capabilities of athletes by increasing pain and prolonging recovery.

Khaleghi said that CBD has demonstrated anti-inflammatory properties. He said that for athletes, one of the primary attractions is that CBD has proven effective in “reducing pain and improving recovery.”

Gronkowski said part of his efforts will be lobbying professional sports leagues to change their policies. “I am here today to appeal to the sports governing bodies of the world to update their positions on CBD,” he said.

Related:
Gronk Gets Into The CBD Business
Jay-Z Gets Into the Pot Game
Why Having a VIP Backer Like John Legend Can Boost Your Business