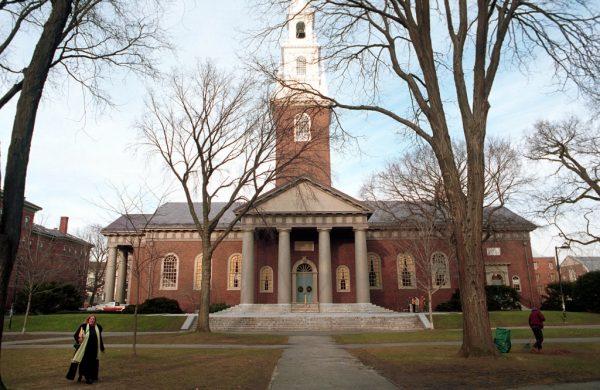 Scientific evidence is beginning to mount that cannabis may prove beneficial in the fight against cancer. The latest comes from a Harvard University study involving cannabis flavonoids and pancreatic cancer.

The study from Harvard’s Dana-Farber Cancer Institute is different because it discovered cannabis might go beyond treatment for cancer-related pain and nausea. The study found that flavonoids in cannabis show potential in slowing pancreatic cancer tumor growth and stopping the spread of pancreatic cancer.

RELATED: We are nearing the end of cannabis prohibition

What are flavonoids, anyway?

Found throughout the plant kingdom, flavonoids are a natural chemical that gives plants their color. They contain vitamins and minerals and antioxidant properties. Each color offers something slightly different, which is why nutritionists recommend eating a diet with many differently colored fruits and vegetables.

In marijuana, these flavonoids are sometimes called cannflavin. In 1985, a London researcher found that cannflavin has the potential to fight inflammation and pain. Canadian researchers recently announced they have unlocked the key to using cannflavin for producing a natural painkiller 30 times more effective than aspirin.

But the Harvard study takes cannabis flavonoids into a whole new area.

COLLEGIATE CANNABIS: Marijuana use by US college students up, highest in 35 years

Researchers at the Dana-Farber Cancer Institute announced in a study published in Frontiers in Oncology that cannabis flavonoids may have “significant therapy potential” in treating pancreatic cancer.

Using cannabis flavonoids, the researchers created a drug called FBL-03G. This drug, when injected into mice and combined with radiotherapy, slowed cell growth of certain types of cancer. The drug also led to “significant increase in survival for animals with pancreatic cancer compared to control cohorts.”

Wilfred Ngwa, Global Health Director at Dana-Farber Cancer Institute and Brigham and Women’s Cancer Center at Harvard Medical School, told survivor.net that the findings were “very surprising.” The researchers hope to eventually get the drug approved for a clinical trial.

The findings by the Harvard researchers add to a growing list of studies showing there is potential for marijuana in battling at least the spread of cancer. A recent study out of India reviewed the literature from studies around the world. Among their findings were studies that showed evidence cannabis can slow cancer tumor growth and that one CBD compound showed potential in stopping the spread of certain types of breast cancer.

Related:
Before Mixing Anti-Depressants and Cannabis, Read This
Harvard Study Say Cannabis May Help Fight Pancreatic Cancer
Explaining the Benefits of Cannabis to Your Grandma