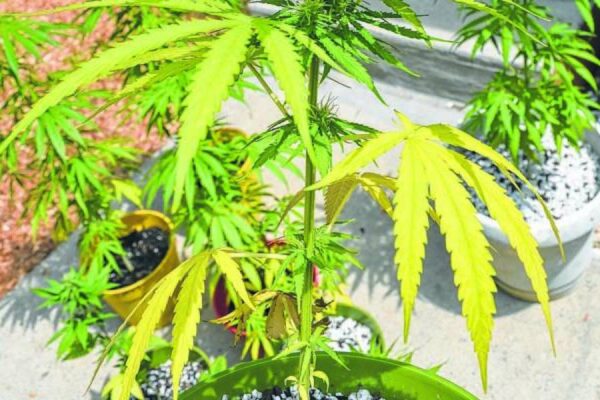 A recent study published in Frontiers in Psychiatry showed that those diagnosed with clinical depression or anxiety who were using medicinal marijuana had lower depression scores than non-users, and those who began taking cannabis during the follow-up period experienced a reduction in both anxiety and depression symptoms.

The study’s authors noted that many people with anxiety and depression, two of the most common mental health conditions, are turning to medicinal cannabis as a way to manage their symptoms. Products can be made predominantly of THC, CBD or equal amounts of both.

“Anxiety and depressive disorders are highly prevalent. Traditional antidepressants may effectively treat these disorders in a lot of people, but they do not work for everyone and can have unpleasant side effects,” Erin Martin, a Ph.D candidate at the Medical University of South Carolina and lead researcher, told PsyPost. “People are increasingly using medicinal cannabis products, especially products high in CBD, to try to treat symptoms of anxiety and depression, even though scientific research in this area is both limited and shows mixed results.”

The team of researchers conducted a study among a sample of participants who reported having anxiety, depression, or both. Of those participants, 368 were medicinal cannabis users, and 170 were considering using medicinal cannabis but had not yet begun using it. The majority of respondents were female (79%) and Caucasian (83%).

Participants answered questions about their cannabis use and completed assessments of anxiety, depression, recent pain, quality of life, and sleep quality. Every three months over a period of roughly four years, the participants were invited to complete a follow-up assessment. On average, participants completed two assessments.

Those using cannabis reported lower levels of depression compared to nonusers, especially if they were using CBD-dominant products. Cannabis users also reported a higher quality of life, better sleep in the past month, less pain in the past month, and were more likely to demonstrate depression symptoms that were below clinical concern, the study found.

People who were not using medicinal cannabis at the start of the study but began using during the follow-up period also demonstrated reductions in both anxiety and depression. They also showed improvements in the psychological domain scores on a shortened version of the World Health Organization Quality Of Life assessment.

“Medicinal cannabis products, especially products high in CBD, may help to treat symptoms of depression, improve sleep, and increase quality of life,” Martin told PsyPost. “There is also some evidence that medicinal cannabis may alleviate symptoms of anxiety, particularly if administered over an extended period of time, but this is less clear from our results and warrants further study.”

The researchers used the Hospital Anxiety and Depression Scale to analyze the participants’ experiences, according to Science Alert. On the HADS, a score above eight indicates clinical concern, but the score can go as high as 21.

Those that were taking cannabis products showed lower levels of depression, but not anxiety. A greater proportion of those who took cannabis also scored below 8 on the HADS relative to controls. Cannabis users also reported better sleep in the last month than the controls, and rated their quality of life higher.

The study authors acknowledge their findings are limited since they relied on participant self-reports, and they cannot rule out expectancy effects. They say that future studies using a placebo-controlled design will be needed to further explore the potential anxiety-alleviating and antidepressant effects of CBD and to shed light on optimal dosages.

“This is an observational study in a convenience sample, so it is possible that the results we observed could be partially attributable to a placebo effect or to people being more likely to complete the study if they found medicinal cannabis products effectively treated their symptoms,” Martin explained.