A sales associate at the Magnolia cannabis dispensary answers questions for Henrietta Dills (left) and her sister Lori Probst, who are guests on the Weed and Wine Tour in Oakland. | Paul Chinn / The Chronicle

On the surface, the wine and cannabis industries might as well be siblings. Both are linked intrinsically to Northern California and its agricultural landscape. Both make products that are consumed for relaxation and recreation, and both attract upper-crust consumers who crave the finest Cabernet Sauvignon or Sour Diesel strains.

And both industries dealt with prohibition.

The passage of Proposition 64 in 2018 opened the door for California’s legalized cannabis industry. But it’s been a bumpy road as this long-outlawed industry adapts to new regulations, develops marketing approaches and faces head-to-head competition with Big Alcohol and other industries.

Gatherings like the Wine & Weed Symposium, which is set for Aug. 9 in Santa Rosa, seek to bridge the worlds of Riedel stemware and Pax vape pens. The third annual event is filled with workshops and speakers who will provide policy updates, data on emerging trends and ideas for the two industries to collaborate.

There will certainly be war stories to share. After all, the California wine industry has endured many of the same challenges as cannabis, but has had close to a century — not months — of triumphs and trial and error to shape its $35 billion industry.

And now wine is contending with cannabis as a new competitor in a market crowded with craft beer and craft cocktails. A recent presentation at the Unified Wine Grape Symposium in Sacramento sent a buzzkill through the room of wine industry players. A slide showed that the percentage of cannabis users who also drank alcohol dropped from 72 percent to 68 percent over the past year, perhaps a sign of consumer trends.

But events like the Wine & Weed Symposium show some in each industry want to find common ground, if only because the cannabis industry is filled with veterans from the wine industry who are looking to claim their share of the Green Rush in California.

Lessons from the wine industry for the cannabis market 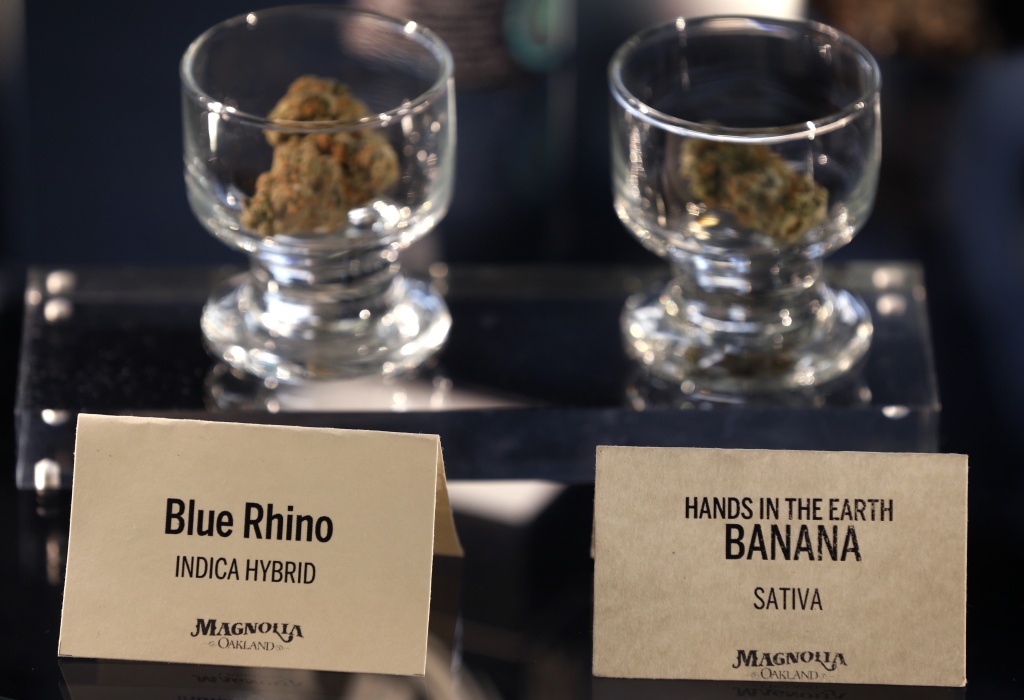 Marijuana buds are displayed in a glass counter at the Magnolia cannabis dispensary on the Weed and Wine Tour. | Paull Chinn / Special to The Chronicle

1. Put on your suit and tie and start lobbying.

Mark Wisnovsky knows both industries well. Wisnovsky’s family has operated Valley View Winery in southern Oregon since the early 1970s, and he moved to the cannabis industry three years ago with Third Generation Farms. Wisnovsky says the cannabis industry needs to develop its lobbying and business muscle. Instead of acting like a fringe industry, it’s time for cannabis to get out of the shadows.

“It’s one more legal agricultural product and shouldn’t be treated differently,” says Wisnovsky. “Most (cannabis) guys are afraid. It’s a cash business and they still have banking issues and don’t want to get too public. That’s too bad.”

The term “ganjalier” doesn’t exactly roll off the tongue. But Byron Marlowe of Washington State University believes the cannabis industry would benefit from its own type of sommelier. As a professor who researches both the wine and cannabis industries, he says that expert sommelier types bring a personal touch and consumer education that would benefit cannabis’ marketplace.

“There’s an opportunity for cannabis to come up with certification levels along the lines of customer service and education,” says Marlowe. “They exist already at the retail level in some environment with ‘budtenders,’ but that can evolve. It builds up that sense of loyalty and an intent to return and repurchase.”

3. But watch out for the snob factor.

We all know the purple prose that often passes for tasting notes, not to mention the wine professionals who seem more judgy than welcoming. The wine industry hasn’t done itself any favors by making its products feel overly precious or require vast amounts of knowledge to enjoy properly. The more the cannabis industry can keep itself down to earth and accessible, the better.

“The younger generation is very intelligent and they have a good b.s. detector,” says Wisnovsky. “Their entertainment is coming from a combination of craft beer and cocktails and cannabis, and possibly wine. And we seem to be losing because we’re making wine too complicated.”

4. Bring customers into the tasting room and tell your story.

The tasting room is everything in the world of wine. It’s at the heart of direct-to-consumer sales and builds a personal connection to the brand, whether it’s through opportunities to tour vineyards, meet the winemaker or of course sample the goods. Cannabis tourism is still in its infancy in California, with companies such as Humboldt Cannabis Tours taking guests to small marijuana farms. Whether a cannabis operation is housed in a warehouse with banks of grow lights or a sun-soaked Northern California farm, opening those doors to the public could be a game changer.

“Consumers want more of a story than specific tasting notes,” says Tess Kofoid, the former marketing manager of Thumbprint Cellars in Sonoma County who now works with Solful dispensary in Sebastopol. “People want to know the farmer and the winemaker.”

5. Are you a boutique? Take advantage of your niche.

It’s the classic source of tension in both industries. How can the mom-and-pop operations compete for market share among the deep pockets of big business and multinational corporations? Those mega-companies include two of the biggest players in wine — Constellation Brands and Coppola — along with the makers of Marlboro.

Marlowe believes that mom-and-pops in the cannabis industry can thrive by focusing on the upper segments of the market, where customers are especially keen on quality and boutique production — and more willing to pay a premium.

“It’s not to say, ‘You should know your place, mom and pop,’ but these are two separate audiences,” says Marlowe. “You won’t find, in my experience, large corporate wine-industry folks that are in this $30 to $50 premium wine vertical. The mom and pops definitely are.”

Wine drinkers recognize Oakville in Napa for its plush Cabernet Sauvignon. The name Burgundy connotes delicate and premium-priced Pinot Noir from France. A sense of place and the uniqueness of its terroir go a long way in the wine world to provide distinction and value in the global marketplace.

In the cannabis world, the next step could be sun-grown Purple Punch from the Emerald Triangle appellation, similar to an American Viticulture Area (AVA). This area of Northern California has already built a reputation for cannabis quality over the decades, and formally establishing appellations set standards and identity in the market.

“An AVA provides a value add and is a real kick-starter for this community to hopefully work together for itself,” says Marlowe. “Premium pricing based on AVA will also (play) an integral part as cannabis develops.”

7. Learn to break bread and collaborate as an industry.

“What I’ve seen in Washington (cannabis) is angst between corporate and community growers, and they’re not coming together at the table as effectively as one might expect,” says Marlowe. “If you have camps battling against each other, that won’t sustain a market.”

Marlowe believes the cannabis industry can take a cue from Ste. Michelle Wine Estates, which is responsible for two-thirds of all grape contracts in Washington state. It opened the doors for smaller community growers to access its research and collaborate on educational opportunities. Following this example, the entire cannabis industry can rise together. –Chris Macias

Chris Macias is a freelance writer. 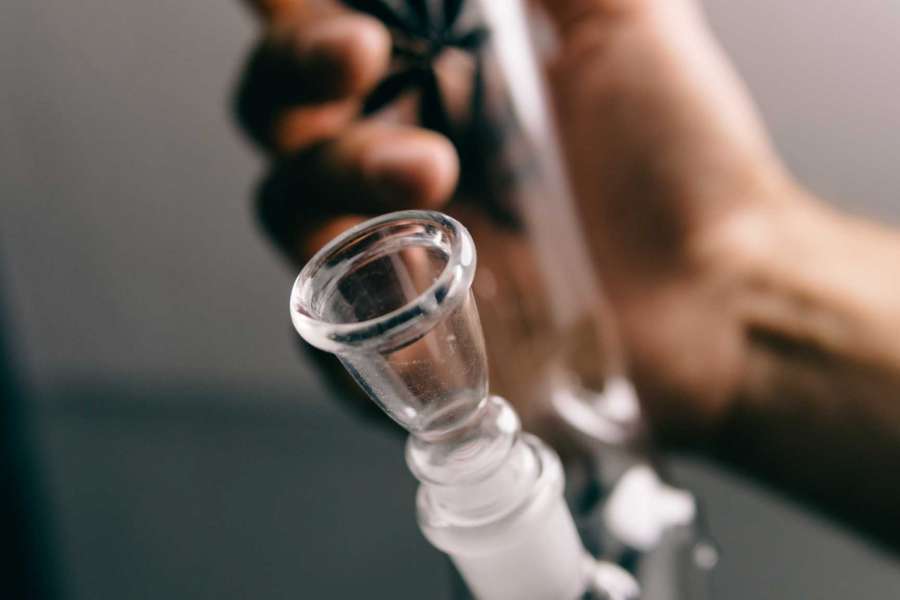 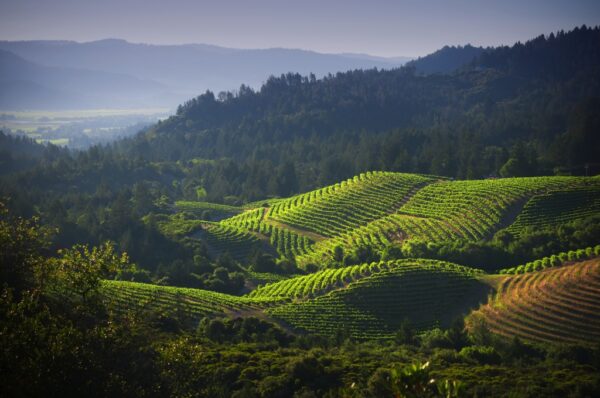