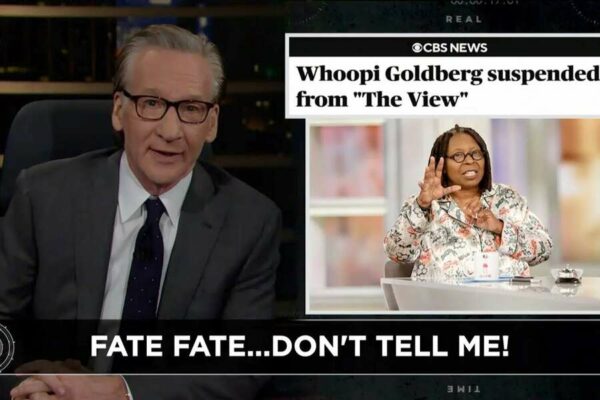 Bill Maher’s opening monologue on last night’s Real Time found him covering some familiar territory while also venturing into the realm of sports. He began by talking about inconsistent COVID policies – for instance, the difference in regulations in LA County versus those in California as a whole – before segueing into the subject of the Super Bowl.

Noting that Super Bowl ticket prices are in excess of $8,000 per ticket, Maher found much to mock. This included arguing that, for this particular game, the nosebleed seats were in “the luxury box with the cocaine going around.”

He closed the segment with some commentary on Donald Trump’s polling being down with the GOP. And while reports of Trump flushing documents down a toilet made for good jokes – “Also, he took a sh*t in the document shredder,” Maher quipped – the overall tone was one of righteous anger. “This is the people’s property,” Maher said. There are some areas where Maher’s positions can inspire skepticism; this was not one of them.

The evening’s first guest was Ricky Williams; former NFL player turned cannabis entrepreneur, with the knowingly named company Highsman. Maher began by asking Williams if he still watched the sport. “Sometimes, I get a little PTSD, because it’s kind of a rough game,” Williams said. He told Maher that his goal had involved success on the college level, and used the phrase “nightmare” to describe aspects of playing professionally.

“Being an athlete, there wasn;’t a lot of talk about medicinal marijuana, or ‘This is good for you.’ It was, ‘If you smoke pot, you’re going to be a loser.,'” Williams recalled. He spoke about spending time during his playing days researching cannabis to learn more about it. And his overall presence was a grounded, stable one; he took a holistic approach to weed, speaking about it as part of his life along with yoga and meditation.

Maher also pointed out the obvious hypocrisy at the center of Williams’s suspension from the NFL – i.e. that cannabis is not a performance-enhancing drug for football. Both Williams and Maher compared cannabis to Adderall, noting that the latter could have much more of an effect on how someone plays – and has much less of a stigma attached to it.

In the final moments of the segment, Williams spoke about something that’s becoming a frequent subject when it comes to athletes moving on from their professional days. “Football is a platform,” Williams said, addressing the idea of using his profile from football and turning it into something else.

This episode’s panel discussion sparked one of the liveliest debates this show has had in a while. Maher was joined by Vivek Ramaswamy, there to talk about his new book Woke, Inc.: Inside Corporate America’s Social Justice Scam, and Marianne Williamson, former presidential candidate and author of the newsletter Transform. MW, former Pres candidate. Maher kicked things off by asking the panelists about the trucker protests taking place in Canada. Ramaswamy argued that the protests were against “the rise of the managerial class” in global democracies, and stated that he hoped that protests remained peaceful.

Williamson took a more nuanced approach. “When does protest become harm?” she asked. She observed that the protests in Canada were adversely affecting the livelihood of auto workers in Detroit. As the debate continued, it felt like both Maher and Ramaswamy were projecting some of their own frustrations with modern politics – Ramaswamy from the populist right, Maher from the center-left – onto the truckers’ list of grievances.

Williamson pivoted from the truckers’ protest to address the larger question of corruption within political systems. “People are getting the receipts for what we have been feeling for so long,” she said. “This kind of economic injustice; this kind of structural rigging.”

Ramaswamy spoke about wanting to keep corporations out of democracy, while Williamson noted that the union of government and corporate interests is a hallmark of fascism. There was a lot of give-and-take between the two, with Maher largely hanging back and citing the occasional figure or statistic, including a Bloomberg study of votes by party by job.

Ramaswamy wasn’t always subtle about promoting his book, which both Maher and Williamson lightly ribbed him for. Though in the panel’s second half, its focus became more a part of the panel’s discussion. Ramaswamy criticized corporations that have adopted progressive rhetoric for cynical reasons – which seems like a fair point. At that point, Williamson pushed back, noting that Ramaswamy is a proponent of shareholder capitalism as opposed to stakeholder capitalism, and brought up the legacy of trickle-down economics. (Spoiler: she’s not a fan.)

The more contentious aspects of the debate continued during Overtime, when Williamson fielded a question on running for Congress by saying to Ramaswamy that if she was in Congress, “I sure would tax you more.” Debate pivoted to taxation in general, with Maher noting that his tax bill is often high – “HBO is very generous,” he said – but that he’s often frustrated that the government isn’t getting enough done with the money it raises.

And then Williamson compared the table to “a bunch of French aristocrats a week before the Bastille.”

The panel concluded with a discussion of Spotify, and CEO Daniel Ek’s statement about investing $100 million in historically marginalized creators. As Maher noted, this felt a bit hypocritical. “Spotify doesn’t pay its artists now,” he said. It was one of the few moments during the panel when all three participants seemed in sync.

New Rules found Maher tackling (among other subjects) Dune: “Why does everyone in science fiction live in the desert? You have space ships! Leave!” (Also in the mix were cat sculptures and Boris Johnson.) The bulk of the segment found him discussing karma and logical fallacies. “Karma is not a system of law and punishment,” Maher said. “That’s Catholicism.”

At the heart of the segment, he explained, were comments people had made to him about Whoopi Goldberg’s suspension from The View not long after she had criticized Maher’s comments on COVID-19. Maher grew frustrated with the argument that this was some sort of karma – and with the way that many Americans have come to think of karma.

“We took something that was meant to be gentle, kind and hopeful and turned it into a Tarantino movie,” he said. His argument was, essentially, that many Americans say karma when they actually mean schadenfreude. “People have to learn to disagree in this country and not hate for it,” he said – and closed with a defense of Goldberg’s right to state her views. All told, it was a wide-ranging episode, but also one that was often thrilling to watch.

The post Last Night’s “Real Time” Had It All: Cannabis, Football and a Lesson on Schadenfreude appeared first on InsideHook. 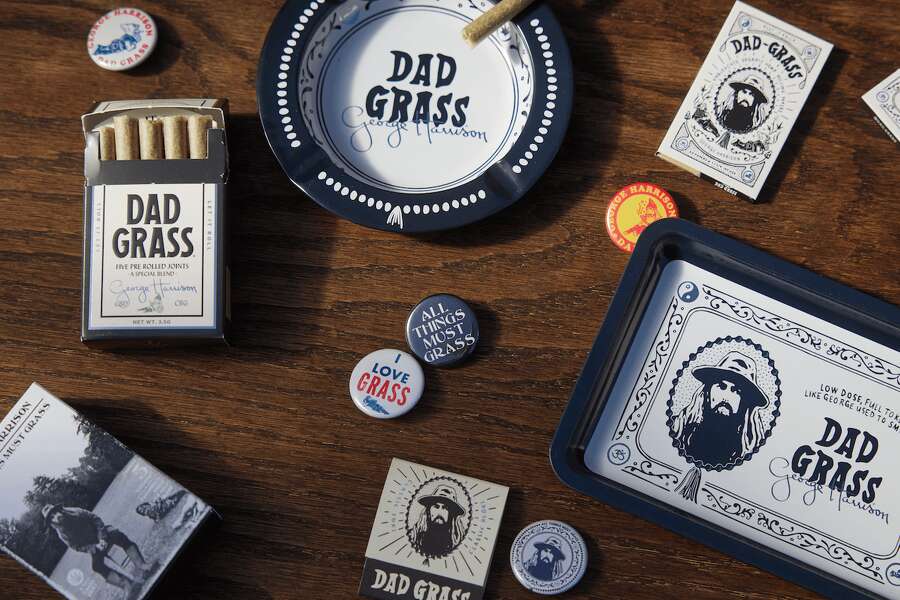