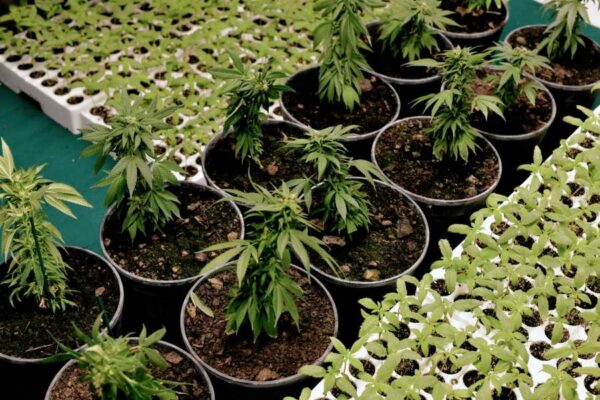 As many states across the country have legalized cannabis – and CBD products can now be found almost everywhere – the popularity of cannabis-based products continues to rise. In the last few months, however, there’s been another surge in popularity for another type of cannabinoid: Delta-8.

With so many options to choose from, even avid users might be feeling a little lost. Wondering which choice is right for you? Here’s what you need to know.

What’s the difference between Delta-8 and regular cannabis?

The marijuana plant contains a wide variety of chemical compounds referred to as cannabinoids. The most commonly known cannabinoid is Delta-9 THC, typically known only as THC. This is the naturally occurring psychoactive drug found in regular cannabis that produces a “high” effect for its users.

“Delta-9 THC is the most widely studied cannabinoid in the cannabis plant and is believed to be primarily responsible for the intoxicating effects of cannabis,” explains Dr. Jeff Chen, who is the founder (and former direct) of the UCLA Cannabis Research Initiative, as well as the CEO and CoFounder of Radicle Science. “Delta 8-THC is an isomer of Delta-9 THC, which means they have very similar atoms and structure but are not identical.”

The main difference? While Delta-8 is very similar to Delta-9 THC, Dr. Chen explains that it may be less potent – meaning you’ll need a significantly larger dose of Delta-8 to experience the same level of high. This might be a selling point for some people who are looking for an alternative in states where cannabis isn’t legal, but there are two problems with Delta-8: legality and safety.

According to the U.S. Drug Enforcement Administration (DEA), Delta-8 is listed as a Schedule 1 Drug – meaning some legal experts consider Delta-8 to be a federally controlled substance – especially now that it has been banned by several states.

The second problem with Delta-8? Its questionable legal status means there isn’t as much research on the safety and efficacy of Delta-8, as well as a lack of regulation over the production and sales of Delta-8 products, so it’s hard to determine whether or not these products are safe for consumption over the long-term.

“Cannabis has over 150 cannabinoids. Delta-8 is one of them,” explains Dr. Felecia Dawson, a physician and cannabis advocate. “Delta-8 can naturally occur in cannabis and hemp in minute amounts, [but] what’s being sold as Delta-8 is actually being produced by a chemical reaction from CBD using some type of acid.”

That means the Delta-8 available in many states isn’t simply extracted from a plant, it’s being made in a lab. While this doesn’t necessarily mean Delta-8 is bad for you, Dr. Dawson explains that it does mean that we don’t necessarily know about the long-term safety of taking large amounts of Delta-8 when it normally occurs in such small amounts in the plant.

What are the differences between CBD, Delta-8, and regular cannabis?

Another well-known cannabinoid is CBD, or cannabidiol, the non-psychoactive cousin to THC. While CBD is found in regular cannabis, much like Delta-8 and Delta-9, CBD itself can also be derived from the hemp plant. Unlike cannabis, hemp-derived CBD oil doesn’t produce a “high” feeling, which is why CBD is typically considered legal as long as it contains less than 0.3% THC.

Because CBD is found in both hemp and cannabis plants, this also means that CBD has been studied a little more widely in recent years – especially when compared to Delta-8 – and is generally considered to be well-tolerated by most people. Plus, CBD offers a wide range of potential health benefits including promoting better sleep, relieving anxiety, and helping with chronic pain.

While CBD is considered legal, it is important to remember that CBD products aren’t regulated by the FDA, so if you want to try CBD you should always make sure to choose a product from a company you trust.

Which should you choose?

When it comes to CBD, the benefits are still being studied and the risks are relatively low. According to Dr. Chen, there are possible side effects from CBD that are drug interactions, so it’s important to talk to your doctor about whether or not CBD might be worth trying for you.

“Consumers know their body the best,” Dr. Chen adds, “so if they do want to try CBD, they should weigh any benefits they notice with the side effects/risks.”

As for Delta-8? It’s really up in the air. There’s much less research on Delta-8 than CBD or regular cannabis, which means experts aren’t sure whether or not it’s safe to consume.

“We could theoretically say low concentrations of Delta-8 THC, like those found in most cannabis sold in dispensaries, would have comparable safety/risk profiles to cannabis,” Dr. Chen explains. “However, the Delta-8 THC products being sold now are much higher in concentration than the naturally occurring amounts in cannabis, so we don’t have data on what the safety implications of those concentrations/dosages are.”

There’s no right or wrong answer when it comes to deciding which cannabinoid is right for you, and different situations might call for different products. Some people might prefer the mild effect of CBD versus the “high” of THC, while others might lean more heavily on the stronger pain-relieving effects of regular cannabis or its milder cousin Delta-8.

Regardless of which you choose, Dr. Dawson suggests purchasing from a source you trust. Especially when it comes to Delta-8 and CBD, which are typically less regulated than legalized cannabis, it’s important to purchase your products from a company that raises organic hemp and processes it in a safe way. You can even check a running online list of scam Delta-8 companies to avoid (and vet companies that provide testing) when weighing your options on what to purchase. 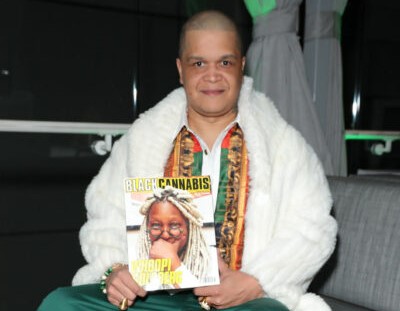