Cannabis can cause racing pulse, but it’s cardiovascular risk compared to other activities isn’t clear.

Does smoking pot significantly increase one’s risk of heart attack or stroke? A slew of recent media headlines (e.g., CBS News, March 10: “Study links pot use to higher risk of stroke, heart failure,”) imply that the answer is ‘yes.’ But a more thorough review of the relevant literature finds no such definitive conclusion.

So why the mixed messages from the news media? The answer is two-fold.

Such was the case in March when news outlets rushed to announce that scientists had new evidence indicating that pot smoking may adversely impact cardiovascular health. Yet in this case the so-called evidence had not yet been peer-reviewed. Rather, reporters wrote their stories based entirely on a single press release provided ahead of researchers’ presentation at the annual meeting of the American College of Cardiology.

As for the quality of the scientists’ new data, it’s flimsy at best. In this particular paper, researchers sought to assess the risk of adverse cardiovascular events in those between the ages 18 to 55 with a history of marijuana use as compared to those without any cannabis exposure. Yet, of the 20 million health records examined by the study’s investigators, only 1.5 percent of subjects’ medical records identified any history of marijuana use. This percentage no doubt represents significant under-reporting, as this total is inconsistent with data provided by other nationally representative cohorts. (For example, among those participants aged 20 to 59 in the National Health and Nutrition Examination Survey, 60 percent acknowledge having used cannabis and 12 percent admit being current users.) Furthermore, among the minority of subjects whose medical records did indicate past cannabis use in this new report, the extent and frequency of their use was undetermined.

In other words, researchers had no way to distinguish occasional pot smokers from habitual users. Similarly, they could not determine when subjects last consumed cannabis, information that is necessary when linking the plant’s use to a subsequent event.

Yet even taking scientists’ results at face value, there is little to be overly alarmed about. Authors acknowledged finding no independent association between marijuana use and coronary artery disease or sudden cardiac death. They did report that those with a past history of cannabis exposure were ten percent more likely than controls to experience heart failure. But this percentage increase is nominal. For example, consuming non-steroidal anti-inflammatory drugs such as ibuprofen doubles one’s risk of heart failure.

Researchers similarly reported ta link between cannabis use and an elevated (26 percent) risk of stroke. But placed in proper context, this alleged increased risk is also relatively low. By comparison, daily smoking tobacco cigarettes increases stroke risk by some 600 percent, and simply being exposed to second-hand cigarette smoke can raise stroke risk by as much as 30 percent.

A 2014 French study similarly stimulated media headlines, such as “Marijuana use may lead to heart attack complications, death, study says” and “Cannabis increases heart problems and may even prove fatal for young and middle-aged users.” Yet the actual data said nothing of the sort.

In that study, investigators reviewed data over a four-year period from a national database that tracked adverse medical events involving psychoactive substances. Among the 9,936 total drug-related cases in the database, authors identified 35 cases (0.4 percent) in which both cardiovascular complications and cannabis were referenced. Eighteen of these cases resulted in hospitalization and nine resulted is death.

But a more detailed look at these 35 cases identified numerous limitations in the available data as well as several potentially cofounding variables – all of which cast serious doubt in regards to whether cannabis played a significant role, or any role, in these adverse outcomes. Notably:

Yet despite the shockingly low total number of cases, and despite these above-mentioned limitations, authors nonetheless concluded, “Practitioners should be well aware that cannabis may be a potential trigger factor in cardiovascular complications in young people.” And thus a media frenzy ensued.

Separate, better-controlled studies have countered these claims. Yet these typically receive no mainstream media attention.

Case in point: longitudinal data published in the American Journal of Public Health in March assessed whether the cumulative use of cannabis over a period of at least twenty years is positively associated with the increased risk of cardiovascular disease in a cohort of more than 5,000 subjects. It wasn’t. Investigators reported, “Compared with no marijuana use, cumulative lifetime and recent marijuana use showed no association with incident CVD (cardiovascular disease), stroke or transient ischemic attacks, coronary heart disease, or CVD mortality.” Their findings went unreported by the news media.

Also unnoticed were the conclusions of a December 2016 population-based cohort studyof 45,000 Swedish men, which “found no evident association between cannabis use in young adulthood and stroke” once researchers controlled for subjects’ use of tobacco.

Other peer-reviewed studies similarly report that that marijuana use is not a significant risk factor for heart attack and stroke.

For example, a 2013 analysis published in the journal Stroke reported that cannabis exposure was not positively linked to stroke once researchers controlled for subjects’ tobacco use. Data published that same year in the American Heart Journal also failed to identify a significant association between marijuana consumption and heart attack risk, even among those with a history of heart disease.

Most recently, a 2017 literature review of relevant studies published between the years 2011 and 2016 uncovered little evidence of any definitive cause-and-effect relationship between pot use and adverse cardiovascular outcomes.

“Based upon the available data there is some suggestion that cannabis may contribute to cardiovascular disease,” authors concluded.

However, they acknowledged that this suggestion was primarily based upon a series of case reports that failed to adequately control for other potential confounding variables, such as subjects’ use of tobacco or family health history.

That said, it is well-established that cannabinoids can influence vascular functions, such as blood pressure — particularly in subjects more naive to its effects. Such effects can lead to various potentially problematic outcomes such as hypertension, hypotension, and tachycardia and possibly on occasion may stimulate even more severe effects in those susceptible to adverse cardiovascular events.

Nonetheless, claims that consuming cannabis or cannabinoids will significantly increase one’s risk of heart attack and stroke, while routinely publicized by the mainstream media, have yet to be substantiated by sound science.

Paul Armentano is the Deputy Director of the National Organization for the Reform of Marijuana Laws (NORML) and is the co-author of the book Marijuana Is Safer: So Why Are We Driving People to Drink? (Chelsea Green Publishing, 2013). 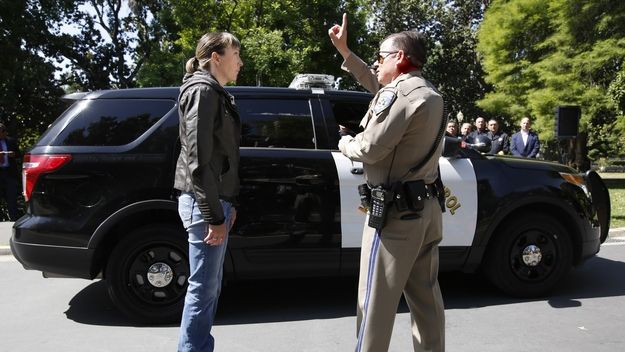