States that have eased punishments for marijuana possession have undergone a remarkable decline in serious injuries stemming from domestic violence, according to a recent study from the University of Pennsylvania.

Researchers from the University of Pennsylvania found that the number of domestic assaults resulting in broken bones, lacerations, and other forms of severe physical trauma fell after marijuana was decriminalized, although overall incidents of domestic violence did not decline.

“When we considered assaults at all levels of seriousness, our results showed that the policy intervention had no effect on violence,” the study’s authors wrote. “However, this masked more striking and significant results concerning the most serious types of violence—decriminalization of marijuana reduced domestic assaults involving serious injury by some 20%.”

The researchers analyzed federal crime data from domestic assaults in 25 states between 2005 to 2016. Experts determined the number of cases of violence involving romantic partners that occurred each year, as well as certain characteristics of said cases, such as whether alcohol or a weapon was involved.

They found that domestic violence incidents resulting in serious injury fell by 22.5 percent after states passed laws removing jail time as a punishment for cannabis possession. Although the total number of assaults did not change significantly, they appeared to be less severe.

“Within incidents with a serious injury, the number of incidents where the offender was under the influence of alcohol or used a weapon also declined significantly,” researchers added, also noting that “domestic assaults are less likely to inflict serious injury on the victim if a weapon is not used.”

The study suggests that the relaxing sedative qualities of cannabis may be at play during these occurrences.

“Despite the longstanding debate over whether marijuana contributes to violence, the medical literature suggests that marijuana is effective as a short-term sleep aid and may contribute to excessive daytime sleepiness,” the study’s authors wrote. “By making would-be assailants sleepier, marijuana consumption may make the nature of assaults less serious and injuries less severe. This is likely the simplest explanation and is certainly incomplete.”

The findings could potentially save many future lives, as roughly 50 women are shot and killed by intimate partners monthly in the U.S., according to FBI data. 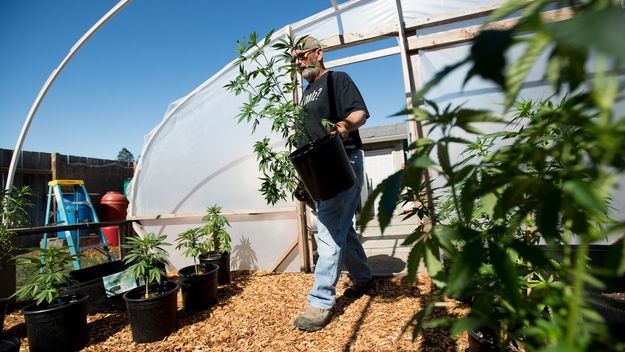