Lemonhaze office decor has a startup vibe. | By Pam Mandel

The Lemonhaze headquarters are like any Seattle startup. The kitchen is full of used coffee cups and there’s a bucket of red vines on the counter. There’s a dog, of course there’s a dog, his name is Brinkley (after the reporter). After the four-legged staffer greets you, he retires to a conference pod or sprawls in the main hallway.

Industry journals and propaganda litter the table tops, but unlike your typical start-up mags, they are cannabis-based, not tech. As with any data company — the product at Lemonhaze is information. But that information is all about marijuana sales.

Like the Billboard Music Charts for cannabis, Lemonhaze has become a hit by scooping up the gobs of sales data created by the state of Washington’s cannabis tracking system, organizing it and presenting it to hundreds of business subscribers.

Dispensaries use the data to find out what’s selling — and they might adjust their inventory accordingly. Shoppers use the site as more of a Top 10. If their dispensary isn’t selling their topical, CBD product, or flower of choice, Lemonhaze helps them find it.

See, the world of cannabis is undergoing a phase shift, from having no analytics to having more than almost any other industry. Under prohibition, the black market was a black box. All sales data was rumor at best. Under legalization, cannabis is one of the most tightly regulated industries in the world. Every single gram of product is tracked from seed to sale, thus yielding a blizzard of data that would be impossible for any one person to sort.

Lemonhaze.com computed the amount of joints consumed per capita in Washington’s counties. | Screengrab from Lemonhaze.com blog

This transparency into pricing helps consumers know that they’re paying market price for their favorite product. That’s the thinking behind the “LSPR” — the Lemonhaze Suggested Retail Price. Like Zillow’s “Zestimates” or the MSRP on your car, the LSRP gives budget-minded shoppers information they can use to find the fairest deal. Keep in mind that this isn’t the cheapest price — just like the sticker price on that SUV isn’t necessarily the bottom line on what you’ll pay. It’s what the product is selling for, on average, in a fiercely competitive market.

Right now, Lemonhaze’s data is primarily business-focused, but consumers – regular customers at their favorite Washington pot shop – can learn about the most popular cannabis products and make choices accordingly. Retailers get extra information – still for free – but they’ve got to be licensed businesses to get access.

“People tell us they love having an independent third party source they can point to. We’re all about the data and nobody’s paying us for coverage,” said co-founder Brian Yauger.

While he wouldn’t share their burn rate, Yauger didn’t seem worried. Solid tech plus a captive audience is a honey pot for advertisers, for starters. Yauger was confident they’d find their way to profitability.

Lemonhaze recently introduced a “Daily Deals” feature, whereby growers and manufacturers promote their products to retailers via the Lemonhaze interface. Daily Deals are the company’s first revenue-generating feature. But like many a startup, they’re focused on growth and relevance, not cash flow — for now.

“How do we solve industry-related problems and put ourselves last in the equation? It’s my job as president to make sure that we can keep the lights on, but it’s the last of our priorities today,” Yauger said.

“The focus is on building an information source that benefits the industry and consumers, first,” says Yauger.

Visiting the Lemonhaze offices and learning their back-story, you’ll find an earnest team that genuinely wants to help save the cannabis world with big data — an episode of HBO’s Silicon Valley come to life.

The company is small, and the day I’m there, the crew is down to four from their total of seven — including co-founders Yauger and Shmuel Tennenhaus. Both had been working in Washington’s fledgling cannabis industry when they joined forces, a little over a year ago.

Yauger – a big, sandy haired guy in shorts and a polo shirt — was doing business development for a cannabis investment fund and had met nearly everyone in Washington with a cannabis license. The fund folded, but Yauger had become an industry expert during his short tenure. With his severance, he started a paid cannabis data subscription startup.

Tennenhaus — an enthusiastic talker with a sharp wit — invested in Yauger’s company and started his own company providing paid data services for larger cannabis companies. In July 2016, the two merged and chose to focus on publishing live sales data – for free. The name refers to an energetic, citrusy variety of cannabis that’s a top-seller.

“Go to Amazon or Wal-Mart. A consumer wants to know – if they know nothing – is what everyone else is buying,” says Tennehaus.

“And, if you’re somebody who likes weed – likes looking at the brands and the logos – our website is all about that.”

Maybe that Justin Bieber single isn’t for you, but it’s good to know what’s hot. As I write this, Mr. Moxey’s Mints are the best-selling edible in Washington, and fourth on the chart for CBD products. FYI.

While they’ve got serious data chops, and are trying to build a serious business, they also have a creative, fun spirit, and that flows from the name to their public blog to the trivia that they revel in.

The Lemonhaze blog is a mix of industry news, wacky data mash-ups, serious data reporting, and topics that are interesting to the Lemonhaze crew. Much of the quirk come from Tennenhaus, but the entire team contributes.

“Whenever we work on something, we ask ourselves how this benefits everybody,” Tennehaus says, loading up the classic disrupt-and-change-the-world pitch.

Thanks to the Lemonhaze blog, we know that:

“We pride ourselves on truth in data,” confirms Yauger. “The funny thing – the thing I love – is the industry is only four years-old. Every single company in the industry is a startup. We’re a startup serving startups. To see how things have changed – it’s fun to watch, to be part of it.” 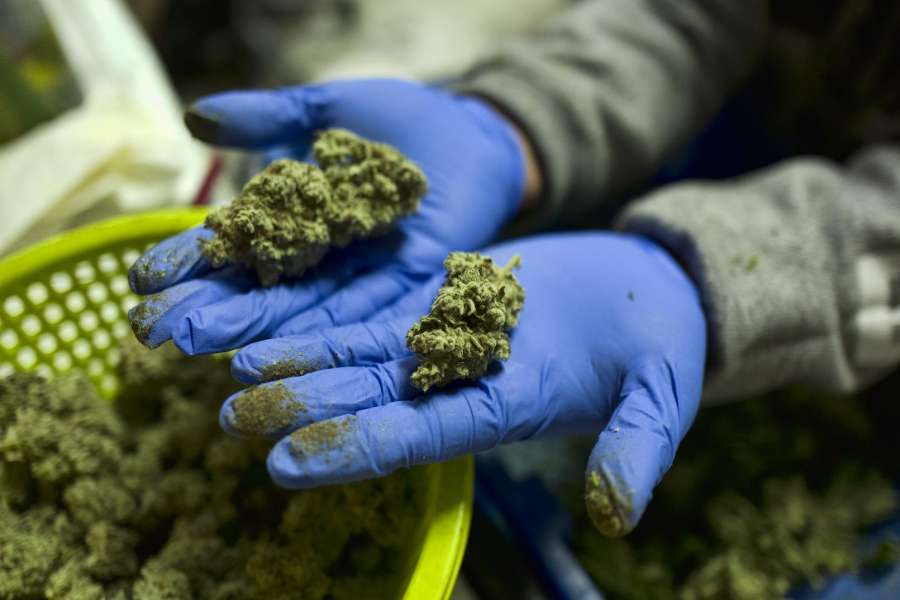