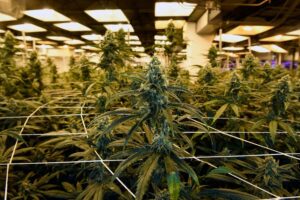 He knew a legal challenge had been mounted against the medical cannabis ballot initiative he’d worked on last year in Mississippi. He knew the state’s Supreme Court had taken up the case. But the argument against Initiative 65 was so nonsensical that Newburger had zero doubt the court would rule to uphold the measure. He was wrong: The court overturned it, and with it the will of the 74 percent of Mississippi voters who approved it last fall.

“It was not how I felt the decision would go,” Newburger says of the May 14th ruling. “I didn’t even conceive of it because after the overwhelming support that we had last year, I didn’t think the court would throw out an election.”

Newburger was working as the director of field outreach for Initiative 65 last year when Mary Hawkins Butler, the Republican mayor of Madison, Mississippi, filed a lawsuit arguing the measure was illegal. Hawkins said she opposed Initiative 65, which would have legalized the prescription of cannabis for a variety of conditions, because she didn’t want “pot shops” in Madison. Her lawsuit hinged on the state constitution’s requirement that ballot initiatives be filed with signatures from five congressional districts. It would have been pretty difficult for the Initiative 65 campaign to gather these signatures, though, as the state has only had four such districts since the 2000 Census. The constitution’s language around ballot initiatives, which was written prior to that redistricting, had never been updated. “It was almost surreal, as if it didn’t happen,” Newburger says of learning about the challenge ahead of the election. “A plethora of initiatives had been filed already and never challenged. I thought we had done everything right.”

They had done everything right, the court determined, except conjuring signatures from a congressional district that hasn’t existed for over 20 years. Considering the state’s current legislative map, the decision read, the ballot initiative process “no longer functions.”

The Mississippi Supreme Court ruling to invalidate Initiative 65 wasn’t an isolated incident. Republicans all over the country have been working to weaken the ballot initiative process, a vital tool allowing citizens to enact policy they support without relying on lawmakers. They’ve been doing it lately by attacking initiatives to legalize cannabis, of which there have been plenty considering the issue’s growing popularity among conservative voters but not conservative lawmakers. The impact of the GOP’s efforts to prolong prohibition by undercutting the ballot initiative process could extend well beyond cannabis.

South Dakota has some of the harshest cannabis laws in the nation. The people voted to do away with them last fall by approving ballot initiatives to set up medicinal and recreational cannabis programs. Republican Governor Kristi Noem responded by delaying the implementation of the medical program and waging a campaign to overturn Amendment A, which would legalize recreational cannabis. She’s doing it with the tax dollars of the South Dakotans who voted in favor of the initiative. The state’s Supreme Court is currently deliberating whether to oblige her after hearing arguments late last month. As in Mississippi, it’s a case of anti-cannabis conservatives in power trying to leverage a legal technicality to kill a policy their constituents voted to enact.

The crux of their argument in South Dakota is that constitutional amendments must only address a single subject. Amendment A does address a single subject, legalizing cannabis, but opponents are trying to argue that some of the moves necessary to do so, namely giving authority to the Department of Revenue to regulate the recreational cannabis market, violate the single-subject rule. “It would be a real misapplication of law and logic,” says Matthew Schweich, deputy director of the Marijuana Policy Project and campaign director for the cannabis reform campaign in South Dakota, of the prospect of the court overturning Amendment A.

Schweich, who has worked on several state campaigns to legalize cannabis, says he’s noticed a recent “intensification” of efforts to make the ballot initiative process more difficult. These efforts go part and parcel with gerrymandering, voter suppression, and other anti-democratic measures Republicans are leaning on to keep power out of the hands of the people. “The anti-ballot initiative assault we’re seeing across the country right now is a reaction to not only cannabis reform, but also minimum wage efforts, Medicaid expansion, and other progressive issues these legislators don’t like,” Schweich says. “They want to retain control. They want to take power back.”

In Idaho, for example, over 60 percent of voters said yes to a 2018 ballot initiative to expand Medicaid after lawmakers had failed to do so for years. This April, Republican Governor Brad Little signed a bill making it tougher for organizers to get initiatives on the ballot by forcing them to gather signatures from six percent of registered voters in all 35 of the state’s legislative districts, rather than just in 18, the previous requirement. It just so happened that a month before the bill passed the state Senate, cannabis reform organizers were given the green light to start collecting signatures to put a medical initiative on the ballot in 2022. Earlier this month, two groups sued the state over the bill, arguing that the new rules makes it “virtually impossible” for anyone but moneyed interests to get an initiative on the ballot.

“I wish that these legislators had the guts to put forth what they really want, which is to abolish the ballot initiative process,” Schweich says. “But they know they can’t win that campaign with voters. So instead, they are using technical changes and trying to do it quietly so that they can come as close as possible to abolishing the initiative process without actually doing it.”

The Mississippi Supreme Court did more than just “get close” last Friday. Until state legislators rewrite the language around ballot initiatives, anyone who opposes one will be able to appeal to the court for the same ruling it gave to invalidate Initiative 65. This is significant for more than just fate of a medical cannabis program. A coalition is currently working to put a constitutional amendment on the ballot that would restore voting rights to Mississippians with felony convictions. Another is trying to get an amendment to expand Medicaid on the ballot in 2022. Unfortunately for these effort and any future efforts of the people to bring about change where their legislators have failed, the state currently has no legally legitimate ballot initiative process.

Republicans aren’t going to be able to fend off what the public wants forever. Nearly three-quarters of Mississippi voters want the state to establish a medical cannabis program. Sooner or later, that’s what’s going to happen. Newburger, who in December founded the Mississippi Medical Marijuana Association in anticipation of legalization, says he’s already feeling a “certain amount of optimism” following the court’s ruling, as lawmakers have signaled they could be open to holding a special session to get it done. “The way that the initiative process was rendered unworkable, we can’t sit around and wait for it to get fixed,” he says. “I do believe it will get fixed, but when it comes to medical marijuana we’ve got to act quickly and legislation is the only way to do that. Most of the people I’ve talked to are just turning their eyes from the Supreme Court to across the Capitol building across the street. I don’t think it’ll be a long time before we see medical marijuana legislation come out.”

“Millions of dollars have been invested in Mississippi, and this is now just a setback because that’s not going anywhere,” Newburger adds. “The people in Mississippi are resilient. We’re ready to move forward. It’s just ‘when’ that people are asking.”