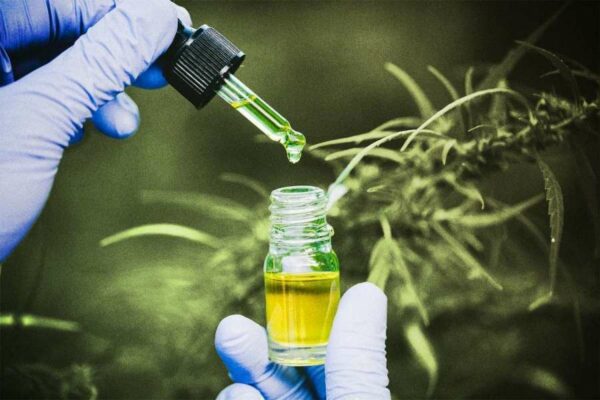 Texas appears to be tightening restrictions on Delta 8, an alternative to traditional THC strains that’s been recently championed as a legal workaround to the Lone Star State’s restrictive laws on possessing cannabis and its byproducts. But changes to the Texas Department of State Health Services site, coupled with a recent arrest of an individual in possession of Delta 8 products by Texas police officers, indicates the tables might be turning in the state.

Coming in forms including bud, edibles and concentrated vape cartridges, Delta 8 has maintained a low but growing profile in the grayscale world of semi-legal drugs sold at smoke shops around the U.S. The substance’s name comes from its chemical makeup, Delta 8 tetrahydrocannabinols (or Delta 8 THC). It’s considered an isomer of Delta 9 THC, the main active ingredient in marijuana.

It wasn’t until Friday that the Texas DSHS updated its guidance for hemp manufacturers to broadly announce Delta 8 as an illegal Schedule I controlled substance. The change came days after the Oct. 2 arrest of a woman was charged in College Station for felony possession of a cartridge of Delta 8 concentrate, according to reporter Clay Falls of KBTX.

The decision to add Delta 8 THC to Texas’ controlled substances list came back in January, but it happened quietly with no input from the public. How we got to this point is a bit in the weeds, but it’s crucial in understanding how the law works surrounding Delta 8, and whether you could be held liable if found in possession of the legally confusing green substance.

In 2018, Congress passed a massive overhaul to the agriculture industry allowing the legal possession and sale of hemp, declaring it legal as long as the resulting products contained less than 0.3 percent of Delta 9 THC. A year later, the Texas legislature passed a similar bill regulating hemp. In August 2020, the U.S. Drug Enforcement Agency updated its list of controlled substances to reflect the changes made by Congress in 2018, paving the way for other types of THC to be legal under the new hemp law – including Delta 8 THC.

Any time the DEA changes its rules on controlled substances, individual states are allowed to choose whether or not to adopt the changes or stick with their existing  rules. In Texas, that decision is solely up to the commissioner of the Texas Department of State Health Service, currently helmed by Gov. Greg Abbott-appointee John Hellerstedt.

In January, Hellerstedt rejected the DEA’s changes in favor of Texas’ existing (and broad) restrictions on THC – effectively shutting down Delta 8’s path to legality.

So, while the law in Texas says Delta 8 is considered a controlled substance, the question really turns to this: Will it be enforced? The arrest in College Station is one of the first reported cases, and no law enforcement agency in Harris County has brought any to the district attorney’s office for prosecution, according to DA spokesperson Dane Schiller.

It is unclear if anyone caught with Delta 8 will be allowed to participate in the DA’s marijuana diversion program.

“What would happen [if someone were arrested for possessing Delta 8], is that prosecutors would review the evidence on a case by case basis, apply the law, and make a determination on how to proceed,” Schiller said. “As you can appreciate, it would be inappropriate to speculate on a specific matter that might be actually be brought to prosecutors by police.”

Regardless of whether or not it’s truly illegal, Delta 8 is still sold in Texas stores. Law enforcement in Brazos County, where the woman was arrested, urged anyone who purchases Delta 8 products to keep them sealed on the drive home, according to Falls, the KBTX reporter.

“It is a really confusing mess and everybody is scratching their head really, of which of these are legal and which of them are not legal,” Peter Stout, president and CEO of Houston Forensic Science Center, told KBTX. “Delta 8 THC derived from hemp is kind of this gray area. It may be legal, but Delta 8 derived from marijuana would be still illegal. I can’t tell you the difference nor can anyone else.”