As cannabis legalization continues to spread in the United States, old stereotypes of uncouth stoners and burnouts are on the decline. Nouveau “potheads” are less like old Cheech and Chong routines and more like … your neighbors. With the mainstreaming of everything from cannabis delivery services, apps and designer head shops to the phenomenon that is CBD, there’s also new etiquette to get familiar with. Especially in the Bay Area, where so much cannabis culture has been made (including the coining of the term “420”), long-held traditions are blending with new mores.

“Etiquette consists of two things: manners and principles,” says Lizzie Post, the author of the new book “Higher Etiquette: A Guide to the World of Cannabis, From Dispensaries to Dinner Parties.” (Ten Speed Press, $18.99). Post, who is co-president of the Emily Post Institute in Burlington, Vt., and the great-great-granddaughter of “Mistress of American Manners” Emily Post, identifies the principles as “consideration, respect and honesty. Those cross into so many categories and sections of life, and across demographics and situations. That includes cannabis.”

While many would not automatically associate Emily Post, the author of the famed “Etiquette: The Blue Book of Social Usage” with cannabis, Lizzie Post says the topic of manners and social situations around marijuana is one her ancestor would have approved of. “Higher Etiquette” includes an early section with the title “What would Emily Post think of this book?”

“Emily believed in a person’s personal rights and their right to choose what’s right for them and their body,” says Post. In Emily Post’s era, alcohol was the prohibited substance. While Post says Emily was a well-known abstainer from spirits, she also “fought aggressively to end Prohibition in America. I believe she too would be proud of this book.”

Legalization proved to Post and her family that there was a need for a book like “Higher Etiquette” that not only included traditional manners of cannabis culture like the old “puff, puff, pass” smoking-circle rule but also new considerations, like how to include cannabis in mixed social settings.

“There are millions of people, whether they consume or not, who are being affected by cannabis being a legal option,” says Post. “If we believe etiquette is about the quality of interactions between people, it was time for the institute to speak up.”

Since recreational cannabis came into effect in California in 2018, dispensaries around the Bay Area have seen their clientele not only increase but broaden with lessening stigma. Nate Haas, the co-owner of Moe Green’s dispensary and lounge in San Francisco’s mid-Market area, jokes that “in San Francisco, it’s not who uses cannabis that’s surprising, it’s who doesn’t,” and says that his clients range from the city’s new tech workers to longtime “cannoisseurs.” 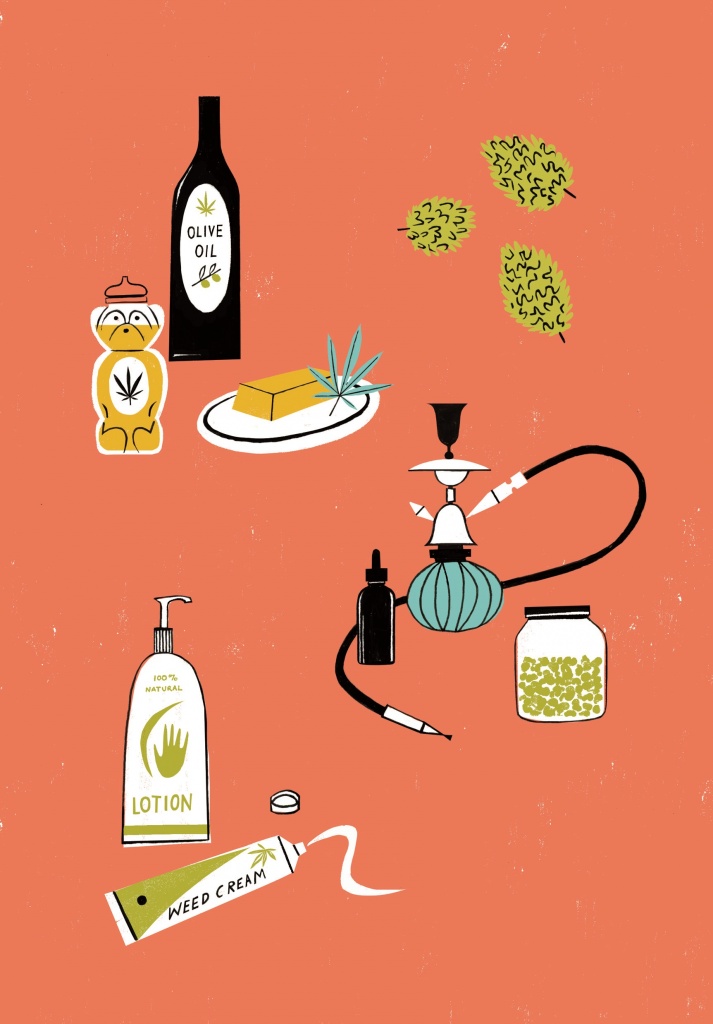 “One of the most important rules of the lounge is to respect people where they are at,” says Haas. “It’s like at any business: Some people are there to be social, some are there for a more private experience and don’t want to be social. Privacy and preference should be respected.”

Bay Area etiquette consultant Lisa Grotts also says that respecting the privacy of cannabis users — and the rights of those who don’t use cannabis — is fundamental under legalization.

“Reading nonverbal cues is important in social situations. You should never assume that use is permitted everywhere,” says Grotts, a former director of protocol for San Francisco under Mayor Willie Brown. “Be mindful of your surroundings. And never press, whether offering or declining.”

For super-social vintage-fashion guru Ricky Serbin, who often includes cannabis at the garden parties he hosts at his home in Sonoma County, the ultimate faux pas is snobbery from nonusers who feel the need to pass judgment while declining cannabis.

“People still have preconceived ideas that people who use cannabis are stoners or slackers. Even well-educated city folk act like our grandparents,” says Serbin. “If you don’t approve, quietly move. Don’t start bashing pot smokers if you’re a guest at a pot smoker’s house.”

In time for 420, we offer 12 essential do’s and don’t of cannabis etiquette, compiled from discussions with Post, Haas, Grotts and Serbin that will help both canna-vets and canna-novices. Like good table manners and a working knowledge of wine, knowing your cannabis etiquette is a sign of worldliness and sophistication, especially in the Bay Area. When it comes to your behavior, don’t get mistaken for a joker amongst the tokers (and vapers, dabbers and edible consumers.) 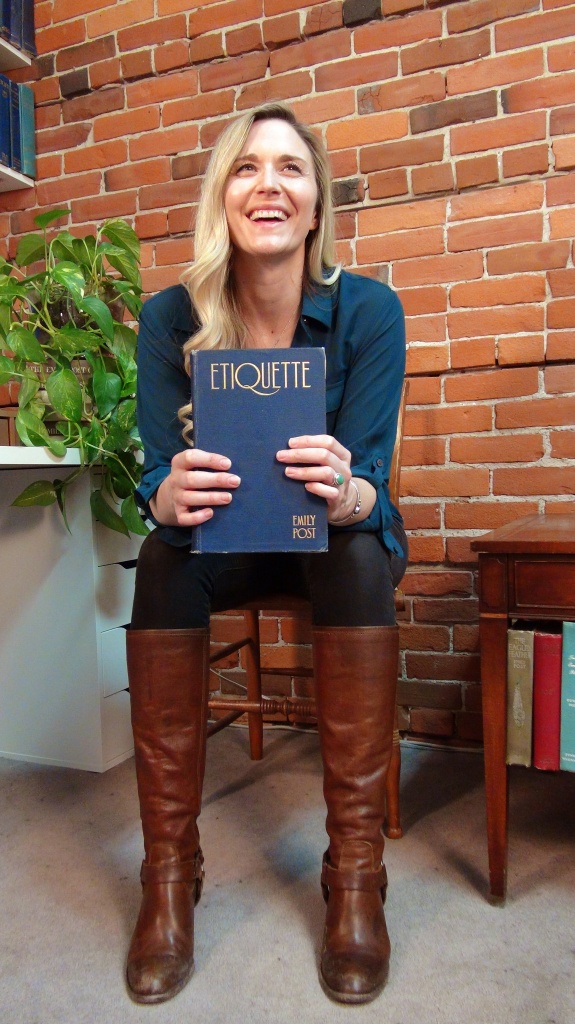 Post agrees this old-school smoking etiquette rule is still relevant today: Puff, puff, pass. Or as Haas put it: “Don’t use the joint as a microphone.” As with cocktail party socializing, keep it moving.

2. Do politely decline if not inclined.

To paraphrase the late Nancy Reagan, just say “No, thank you.” “No one should ever feel awkward about saying no. It’s not an argument, it’s a statement,” Grotts says.

3. Do consider people’s cannabis comfort levels as a host.

Serbin points out that a good host always offers, never insists, and that includes with cannabis. “Different people are going to be more comfortable admitting to their usage and engaging in their usage in front of certain people,” says Post. “Discretion was one of the biggest things that came up with people.”

4. Don’t consume combustibles in social situations without checking with the host.

All agree you should never assume smoking is permitted in new social settings, especially indoor ones. That includes vaping.

5. Do let people know in advance if there will be cannabis at a social event.

Post says that at mixed social occasions, for instance if a couple decides to include a “cannabar” at a wedding, it’s always best to let guests know what to expect. “For your friends who do partake, it might be nice to include a guide to local laws, dispensaries and some recommendations,” says Post. “For those that don’t, you might want to include some language letting them know that cannabis will be present.”

6. Don’t give cannabis unless you know that the person is cannabis friendly.

For Grotts, giving cannabis falls into the “too personal” category unless you know that the recipient uses it. Serbin frequently gives his own Sonoma-grown cannabis to friends and says that “generally, my friends are overjoyed.”

7. Do explain dosage instructions, potency and experience when you give cannabis.

“It’s important for hosts to communicate the effects of products to guests,” says Post. “Let them know what you have and what you tend to feel, or the effects you know from looking up the strain.” Post and Haas both point out that in conversations with experienced cannabis aficionados, you might also mention any flavor notes you know of in a strain.

8. Don’t look down your nose at cannabis users or cannabis professionals in social situations.

Judging either cannabis users or people who work in the cannabis industry based on that fact alone is as bad as any other social generalization you might make. “People who have an obvious problem when I tell them what I do say more about themselves and their level of sophistication than they realize,” says Haas. Post likes to remind people “to never assume they know the reason a person uses cannabis.”

9. Do provide recommendations about strains, products and dispensaries.

As a dispensary owner, Haas encourages people to pass on recommendations about preferred brands and strains and to develop a relationship with a trusted budtender. Post also says it’s important not to use comparative language when visiting different dispensaries “because there might be reasons why one dispensary has a certain strain and another doesn’t that you don’t know.”

As with alcohol, keep your limits in mind. Whether it’s sloppy drunk or sloppy stoned, being a mess in social situations is never good form.

If a product, especially an edible, provides you with details on dosage and recommended instructions, do your best to follow them. This will help with No. 10.

12. Don’t assume use is accepted in every situation.

Our experts all agree: Not every situation is cannabis friendly. Observe what’s around you, read social cues and always err on the side of caution.