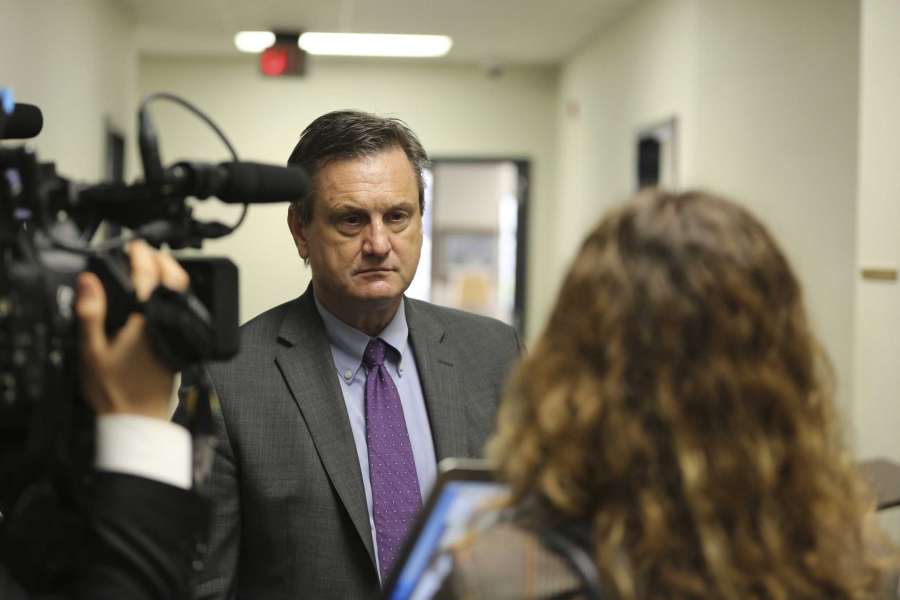 COLUMBIA, S.C. (AP) – A bill that would allow medical marijuana use in South Carolina has again made it to the Senate floor, and the Republican lawmaker who has pushed unrelentingly for the proposal for the past seven years said he thinks it can finally pass.

But even with Sen. Tom Davis’ optimism, there are still stumbling blocks. Law enforcement and some trade groups of doctors oppose the bill as they do with most medical marijuana legislation.

The bill passed the Senate Medical Affairs Committee 9-5, with four Republicans and two Democrats against it. But two of the chambers more conservative members did not vote. And the bill faces a deadline to pass through the Senate by next week or it becomes almost impossible for the House to take it up this session.

Davis said he will meet with every senator in opposition personally and try to swing them his way.

“We cannot wait any longer for these people to have their suffering alleviated. It is immoral,” the Republican from Beaufort said.

Thirty-eight states have now approved medical marijuana, including four more since Davis last pushed the bill. That includes Mississippi, where 58% of voters approved the measure in November.

Davis said he continues to refine his bill to make it as conservative as possible. Doctors would have to meet with a patient in person before prescribing marijuana, check for any history of substance abuse and have a written treatment plan. The proposal specifies the illnesses that be treated including cancer, multiple sclerosis, glaucoma. sickle cell anemia and autism.

The bill calls for closely watched farmers to grow the drug and for setting up separate dispensaries outside of physicians and pharmacists. And to get broader support, Davis made a key compromise that cost him among typical medical marijuana supporters.

“I took out the smoke. There’s no smoking, there’s no burning of leaf here. It is now an oil,” Davis said.

Senators opposed to the bill said they struggle with getting past the fact that marijuana use is still illegal.

“The senator from Beaufort has been tugging at my heart for it seems like over six years on this issue. He makes some very, very good points,” said Senate President Harvey Peeler.

The Gaffney Republican then held up a letter from the South Carolina Medical Association reminding lawmakers that their organization and the State Law Enforcement Division remains against the bill.

“My head tells me to vote against this,” Peeler said.

The argument that marijuana is still illegal with the federal government is especially disappointing from Republicans who supported a bill passed earlier this year that banned almost all abortions. The measure was immediately suspended by a federal judge who said it was almost certainly against current federal law.

“They are howling in pain and we are deny them something that their doctor wants to give them because of some political reason back in 1971 that President Nixon wanted to stick it to a bunch of hippies,” Davis said.

With Davis putting in much of the work on the bill, it is unclear how much support it has in the House. But Davis appears to be close to winning over another important person, Gov. Henry McMaster, himself a former prosecutor.

“He makes a very convincing argument,” McMaster told the Post and Courier of Charleston in a podcast last week. “I try to keep an open mind. There may be a way to do it, I don’t know. But I’m open to hearing more about it because it’s clear that it alleviates a lot of suffering. The trick is how to keep that from turning loose marijuana production in the state that would cause damage.”

After the committee meeting, Rosemary Wallace of Rock Hill hugged Davis’ neck. The Army veteran told him she can use medical marijuana in Colorado and Florida, but when she moved with her husband to South Carolina the thing that replaced some 37 pills to ease joint pain and get a good night’s sleep was now illegal.

“I’m out here breaking the law just to get something that a doctor says I can use somewhere else,” Wallace said.