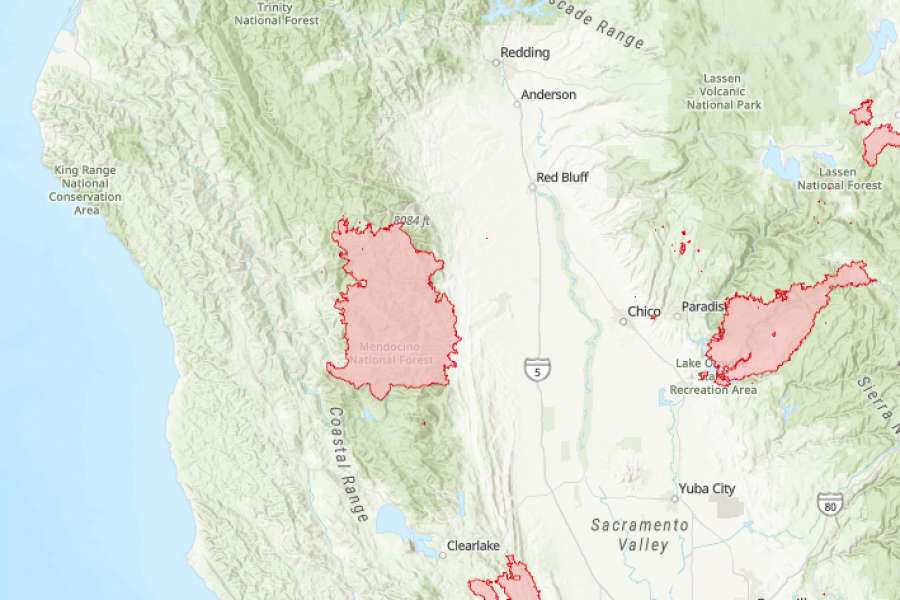 The largest wildfire in California history took aim at the largest cannabis-growing region in the United States on Monday.

“There are thousands of folks that migrate into Mendocino, Humboldt and Trinity counties every year, and they are not familiar with the territory let alone a massive wildland fire knocking at their door,” said state Sen. Mike McGuire per the Santa Rosa Press Democrat. McGuire represents the North Coast.

The fire reportedly skirted the community of Kettenpom in southern Trinity County, burned the ridges outside Covelo in northern Mendocino County and is pushing toward Alder Point in Humboldt County. It was only 28% contained as of Monday.

Mendocino County Sheriff Matt Kendall told the Press Democrat that while Covelo has an official population of about 1,500, more than 10,000 people live and work on surrounding cannabis farms at this time of year. He worries that a fast-moving blaze could overtake workers before they have time to evacuate.

The cannabis business is a multi-billion-dollar industry in California, and this year’s record-breaking fires and smothering smoke pollution will no doubt affect at least part of the crop.

Kristin Nevedal, executive director of the International Cannabis Farmers Association, based in the Humboldt County town of Garberville, told GreenState in 2017 that the delicate, fragrant flower buds begin to bloom right at the height of fire season.

“Especially when it’s ripe – I can tell you from personal experience, wildfire definitely will make your cannabis have a smoky flavor to it; just like wine,” said Nevedal.