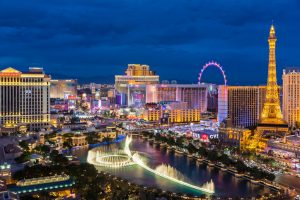 The State Board of Pardons Commissioners unanimously voted Wednesday to unconditionally pardon anyone who was convicted in the past two decades of possessing an ounce or less.

The state decriminalized possession of that amount in 2017 when it began allowing recreational pot sales.

“Today is an historic day for those who were convicted of what has long been considered a trivial crime, and is now legal under Nevada law,” Democratic Gov. Steve Sisolak said.

Sisolak is a member of the pardons commission and submitted the rule change after raising the idea in March.

The state’s Attorney General Aaron Ford, also a Democrat who sits on the pardons board, has called the change “another step toward justice.”

Sisolak’s office said the resolution will pardon thousands of people. To receive the pardon, they must fill out an application and submit a copy of their conviction or criminal history.

The process will be free and available online.

The resolution does not apply to convictions before 2001, when possessing less than an ounce of marijuana in Nevada was a felony crime.

The governor’s office said people convicted of the crime before 2001 were lumped in with those convicted of possessing other drugs and the state is not able to separate the groups.

Sisolak’s office said the resolution also doesn’t apply to people who pleaded guilty to possessing an ounce or less of marijuana, along with pleading guilty to other crimes, as part of the plea bargaining process.

Those who aren’t covered because they were convicted before 2001 or pleaded to other crimes can still apply to the Pardons Board to have their convictions pardoned, Sisolak’s office staid.

Nevada is among 11 states and the District of Columbia that allow recreational use of marijuana. Governors in some of those states, such as Illinois and Washington, have used their power to issue broad pardons for convictions of possessing small amounts of marijuana.

Sisolak’s office said that while the Nevada order does not seal the records of those convicted of possession, the state Legislature approved a law in 2019 setting up a process for people to do that with the assistance of an attorney.

No pardons issued yet for low-level marijuana convictions