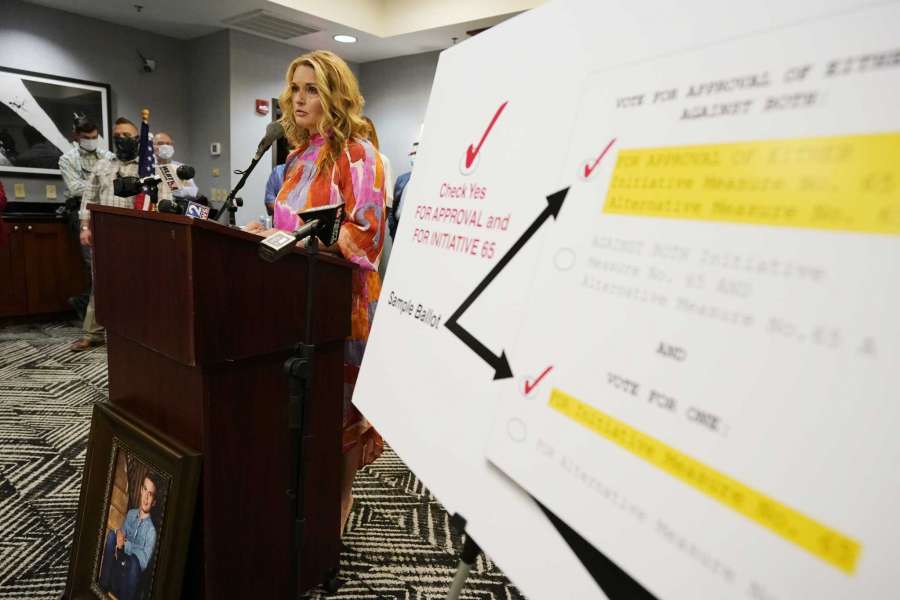 JACKSON, Miss. (AP) – After years of seeing medical marijuana proposals shot down by the Mississippi Legislature, supporters decided to try something else: adding it to the state constitution.

Citizens collected signatures of more than 100,000 Mississippi residents to force the issue onto the ballot. In response, Republican legislators drafted their own, more restrictive medical marijuana ballot measure.

Initiative 65 would allow the prescription by a doctor of up to 5 ounces (142 grams) of marijuana per month for people with at least one of more than 20 medical conditions. The Mississippi Department of Health would issue identification cards to let patients obtain medical marijuana from licensed treatment centers.

Marijuana sales could be taxed at the current state sales tax rate of 7%. The program would be required to be up and running within the next year.

Alternative 65A, written by members of the Mississippi Legislature, would allow people with debilitating illnesses to access medical marijuana. Smoking of the drug would be reserved for terminal patients. The alternative leaves tax rates, possession limits and other details to the Legislature.

Mississippi State Health Officer Dr. Thomas Dobbs said Wednesday that he opposes Initiative 65 and is worried people will vote for one of the measures without knowing fully what they are supporting.

“There are a lot of misconceptions, a lot things people don’t understand,” Dobbs said. “It could change the makeup of our state.”

Proponents of Initiative 65 said Alternative 65A was an attempt to confuse voters and deny them a fair up-down vote on medical marijuana.

Others, including Dobbs, say Initiative 65 would allow the marijuana business to operate “unfettered” in Mississippi. He said it would be difficult to regulate where dispensaries locate and how many could come to the state. In addition, Initiative 65 would allow marijuana to be purchased in a variety of forms, including in joints and edibles that could be abused for recreational purposes.

“Gummy bears and blunts are not medication,” Dobbs said. “Are there some potential therapeutic effects of cannabis plants? Yes. It would be better to do it in a medically standardized way than just giving people loose-leaf marijuana given out by a pot store barista.”

Dobbs said such binding policies around medical marijuana should not be “etched in stone” in the constitution, where the program can’t be constrained or changed later by the Health Department or the Legislature.

He also does not agree with the Health Department being in charge of regulating the medical marijuana program. He said getting a program running in the next year would be a “major distraction” from efforts to curb the spread of the coronavirus.

Paul Robinson, who lives on the Mississippi coast, said by shooting down past efforts to legalize some form of medical marijuana, the Legislature has forced citizens to try other methods, like constitutional amendments.

Robinson’s 17-year-old daughter suffered from refractory epilepsy, meaning medicine could not bring her seizures under control.

Jenna died six weeks before she was scheduled to visit a doctor in another state to learn more about medical marijuana, which has proved therapeutic to refractory epilepsy patients.

“If you drive the family truck into the ditch 20 times, you’re no longer getting the keys. Fortunately, our state constitution provides a path for citizens to make laws when our lawmakers ignore their constituents,” he said. “Now the very same politicians who have driven the truck into a ditch 20 times want the keys back. Their 65A would not help Jenna or any patients like her.”

He described the approach as “blatantly ignorant.”

Angie Calhoun, of Puckett, said her son had to move to Colorado when he was 19 because of chronic conditions such as focal seizures, severe joint pain and nausea. He was taking 17 prescriptions when he moved and was still suffering. Medical marijuana changed that.

“I remember thinking to myself after he had used medical marijuana that this seems like my happy, vibrant son again, and that was truly a blessing to me,” she said.

Now, Calhoun’s son wants to come home to Mississippi and raise a family, but she said he can’t do that without access to medical marijuana.

Leah Willingham is a corps member for the Associated Press/Report for America Statehouse News Initiative. Report for America is a nonprofit national service program that places journalists in local newsrooms to report on under-covered issues. 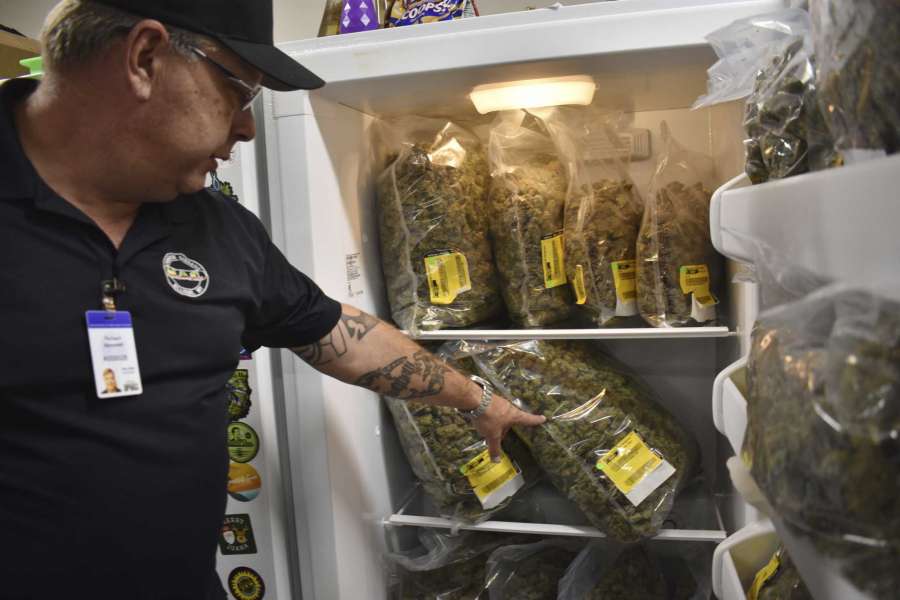