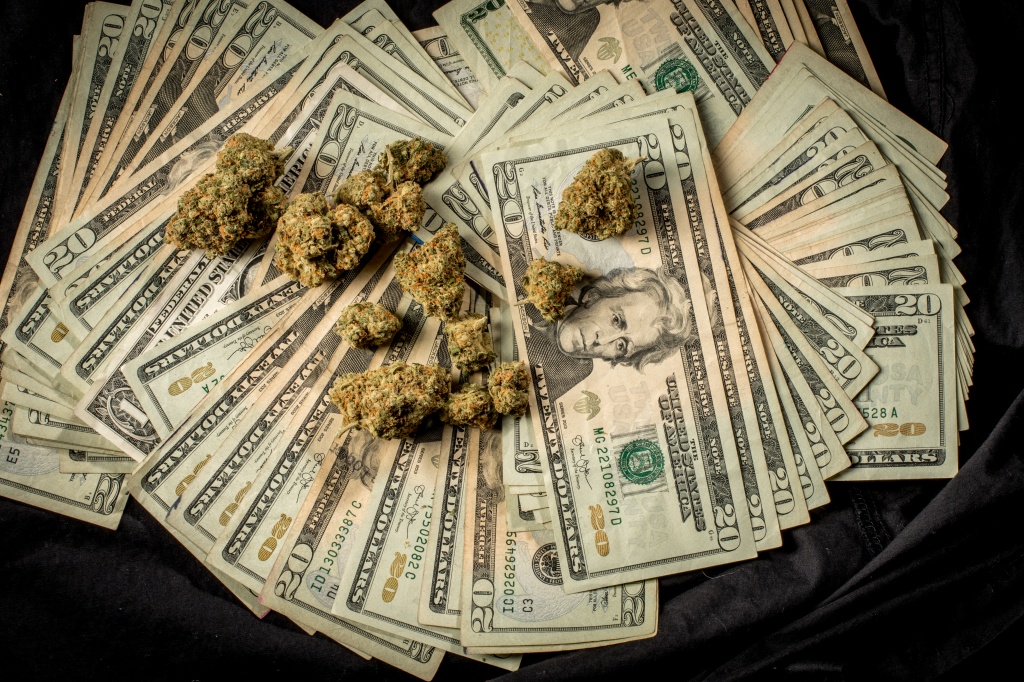 CARBONDALE, Ill (AP) – With the legalization of the recreational cannabis industry in Illinois, the cannabis accessory industry has seen an uptick in Carbondale.

The Legal Smile CBD wellness and head shop opened on the south end of Carbondale in May 2019. Shop owner Jacob Buckman said, as to be expected, his business has seen an uptick since recreational cannabis became legal Jan. 1. But he said he’s also been able to expand. Next door to his pipe shop is Soil Grown, a cannabis and CBD grow store. They offer everything from soil blends, to pots, to lights, to nutrients for those medical cannabis patients who are now legally allowed to grow – recreational users are not permitted to grow for personal use under the law.

Bud basics: Your guide to the pot shop, and beyond

“It’ll be another booming expansion (of the cannabis industry),” Buckman said of the accessory and grow businesses.

Some in Carbondale might have noticed some work being done at the old El Greco location on the strip. Chan Patel owns the building and operates Old Town Liquor next door. He said he, too, is looking to open up a cannabis accessory store.

Patel said in the next six to eight weeks he hopes for Blue Gorilla Supply to be up and running, offering pipes, vaporizers and other cannabis ephemera. Patel admitted he doesn’t know much about this stuff, but said his staff has been really involved in setting the business up.

He said the cannabis world is “French” to him, so he lets his staff handle that. However, he’s still involved.

“The business part is not French to me,” Patel said.

The recently-opened Hemp-N-Stuff head shop on East Main Street is another such business to open since the legalization of cannabis this year. Tracy Stanton owns the business with her husband, Jimmy. She said the two decided to open the shop in January after cannabis became legal. However, she said they tried to find a way to differentiate their shop from Legal Smile and other such businesses in the area.

“We took ours back to (the) old-school head shop,” she said, adding that there is a side that those younger than 21 years old can access that has novelties and games. She described it as “Spencer’s-ish,” for those who remember the mall staple no parent wanted to go in.

Stanton said the city has been very welcoming and that Hemp-N-Stuff has also done good business since opening.

Carbondale’s economic director, Steve Mitchell, said this companion business boom is not something that was on the city’s radar when it was attempting to modeling itself to be the most cannabis-industry friendly city in the region.

“I think it really boosts the potential for our add-on or extra businesses,” he said of bringing cannabis dispensary Consume to town this month.

After months of rumors, speculation and, in some cases, hope, Carbondale’s recreational cannabis dispensary is set to open Friday.

Mitchell said these businesses are filling in vacant places across town and can only be good for the city.

“I don’t think those retail locations are going to be bad for the community at all,” Mitchell said.

Mitchell said there will always be an element of recreational drug use in a college town, and, of course, Carbondale is one. While neither he, nor the city, condones drug use, with recreational pot now legal he sees no harm in embracing some of this culture.

“One of our goals I would say is to be the best college town we can be,” Mitchell said.