PHOENIX (AP) – In August 2011, a police officer found a marijuana roach in Carlos Diaz’s car under the seat when he was pulled over for a broken headlight. Diaz said he was sober and passed a field sobriety test.

The resulting misdemeanor for marijuana possession conviction has haunted him for the past decade.

Diaz, a Glendale resident who works in finance, said the misdemeanor hindered his ability to secure a couple of promising job offers over the years due to the charge coming up in the background check.

“Don’t get me wrong, I’ve been working the last 10 years. I’ve been able to provide for my family as I will for the next 20 years, God willing, but I wasn’t able to get a couple of jobs because of that charge,” Diaz, 46, said.

Now Diaz and others with similar marijuana cases can, for the first time in state history, petition to have their convictions expunged, the Arizona Capitol Times reported

Petitions to expunge certain marijuana offenses as of Monday could be be submitted to superior courts – thanks to the voter-approved Proposition 207.

The Smart and Safe Arizona Act, which legalized recreational marijuana use for adults 21 years and older and passed with 60% of the vote, also introduced a chance to expunge certain marijuana-related arrests, charges, adjudications, convictions and sentences.

This is Arizona’s first expungement statute. Otherwise, people can petition to have certain convictions “set aside,” which does not remove them from the public record but shows that sentences and probations have been completed and fines or fees have been paid.

Criminal defense attorney Steven Scharboneau Jr., who filed his first petition for a client on Monday, said the distinction is important.

“Set aside is purely symbolic. It is not functional at all,” Scharboneau said. “This is functional. This will improve people’s lives. This takes away people’s felony records in a lot of circumstances and restores their rights – the right to possess a firearm, the right to hold public office, the right to vote and the right to sit on a jury.”

The records eligible for expungement include possession, consumption or transportation of 2.5 ounces of marijuana or less, as well as owning, using or transporting marijuana paraphernalia. It also includes records related to owning, transporting, cultivating or processing six or fewer marijuana plants at one’s home.

The Arizona Administrative Office of the Courts created a webpage with the petition forms and FAQs at https://www.azcourts.gov/prop207.

Organizations, such as Arizona NORML, are holding clinics to walk people through the process and give legal advice.

In addition to the clinics, Arizona NORML launched an online tool at 4:20 p.m. today to help people fill out the appropriate form. A person answers a series of questions at https://arizonanorml.org/expungement/ and is then emailed the completed form to file with superior court.

Arizona NORML is partnering with the NAACP, Puente and ASU’s Sandra Day O’Connor School of Law on an expungement and restoration of rights clinic to be held in August. The organization is also working closely with Veterans Justice Advocates, Project Clean Slate and Minorities for Medical Marijuana on expungement issues, said Julie Gunnigle, NORML director of politics.

Gunnigle said Arizona NORML focuses on outreach because the law doesn’t provide a blanket expungement, but, rather, one people must opt into.

“We know that it’s going to be folks who have the most resources and are most plugged in who will be able to access to it, and the persons that have been most marginalized by the system are going to be shut out from access,” Gunnigle said.

Prosecutors may object to the petition within 30 days. Absent an objection, the expungement petition is granted.

Gunnigle said that could present problems in situations where it’s unclear what an individual possessed and if he or she is, in fact, eligible.

“We’ve been looking at these hundreds and thousands of police reports, and oftentimes, when a person is arrested for a cannabis charge, the weight of the cannabis isn’t on the face of the report,” she said.

Diaz was one of the recent clinic attendees. He filed his petition with Maricopa County Superior Court. The attorneys at the clinic helped him figure out the date the incident occurred 10 years prior and track down the case number.

Gunnigle said about 30 to 50 people attend any given clinic, but the number of people who already used the organization’s other expungement resources is in the thousands.

Diaz said it makes sense for those types of offenses to be erased now that recreational marijuana is legal in Arizona.

“It stays with you,” he said. “It can have a grave effect on your future. And it was just very hypocritical to be walking around with a marijuana charge on me when it was legal. So, now that it’s legal and now that I’m able to lawfully get that expunged, I’m totally going to take that.” 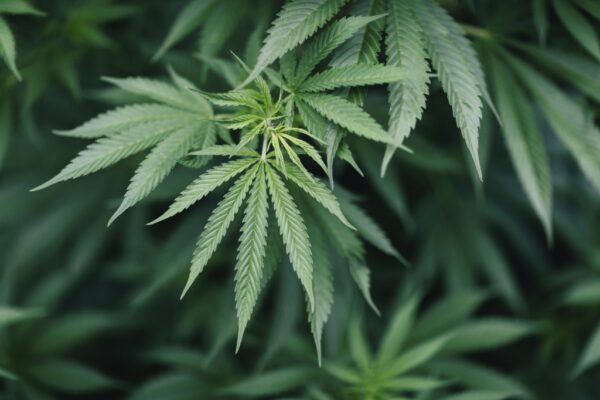