ALBANY – New York’s cannabis legalization law contains a provision to expunge certain convictions for marijuana-related offenses, and the state Office of Court Administration said the measure is expected to wipe out criminal records for potentially tens of thousands of people – including 19 individuals who are currently serving state prison terms.

The deadline for expunging marijuana-possession convictions is two years from when the law was signed last week by Gov. Andrew M. Cuomo, said OCA spokesman Lucian Chafen. Right now, he said, the estimate of marijuana-related offenses that will be expunged is about 108,000, but that number is expected to grow to about 150,000 when they’re able to identify all portions of the relevant cases. Those figures do no represent the number of people whose criminal records may be expunged, but the total number of convictions – with some individuals potentially having more than one conviction for offenses that are no longer a crime.

The number of people with marijuana convictions on their record is likely in the tens of thousands, and studies show that it’s certain to be disproportionately Black and Latino individuals. Those with criminal records often face a more difficult time finding employment, securing loans and renting or buying a home. The goal of the expungement provision in the legalization bill is to wipe out those obstacles for people who were convicted of something that is no longer criminal.

The 19 people incarcerated in state prisons were convicted of the most serious charges, such as felony possession or sale of marijuana, according to the state Department of Corrections and Community Supervision. Spokespeople from the OCA and DOCCS said they’re waiting to verify those people’s identities and conviction details before anyone can be released.

A staffer with the office of state Sen. Liz Krueger – a chief sponsor of the legislation – said it’s their understanding from conversations with people in the executive branch that expungements for incarcerated people will be prioritized.

Krueger’s office expects that a majority of the expungements will happen quickly, as the relevant state agencies can sort through the records of people who have been convicted under prior marijuana laws. But it will take more time to go through the files of individuals who were convicted of having “concentrated cannabis,” which is included in a section of state penal law along with other controlled substances such as Ketamine. There will also be efforts to vet those charged with cannabis crimes and other offenses – such as a gun charge – on the same case sheet. That will require staff manually examining the files, Krueger’s office said, and there’s funding in the bill for that extra work.

Also, people with convictions for larger-scale illegal drug distribution, organized crime or gang activity, or violent crimes will not be released automatically. People who would have received lesser sentences under the bill’s new provisions may petition for sentence reductions, but that will not be granted automatically.

About 40 percent of all state prison admissions are people whose parole has been revoked as a result of technical violations, such as curfew infractions or a positive drug test, Columbia University researcher Vincent Schiraldi told the Times Union. State corrections officials said those people will not be eligible for the marijuana expungement provisions of the new law.

“A person on parole failing a drug test for marijuana would be a violation of the conditions of that individual’s parole and not a criminal act, which is what the new law is focused on,” said Thomas Mailey, a spokesman for DOCCS. As a policy response to COVID-19, the agency canceled arrest warrants for about 800 people with low-level parole violations, part of a trend of “decarceral” efforts – designed to reduce incarceration – from the state during the pandemic.

“In view of the protocols put into place for COVID-19, it is believed that  that there are very few, if any, individuals currently in state prison for  parole violations exclusively related to cannabis use,” Mailey said. 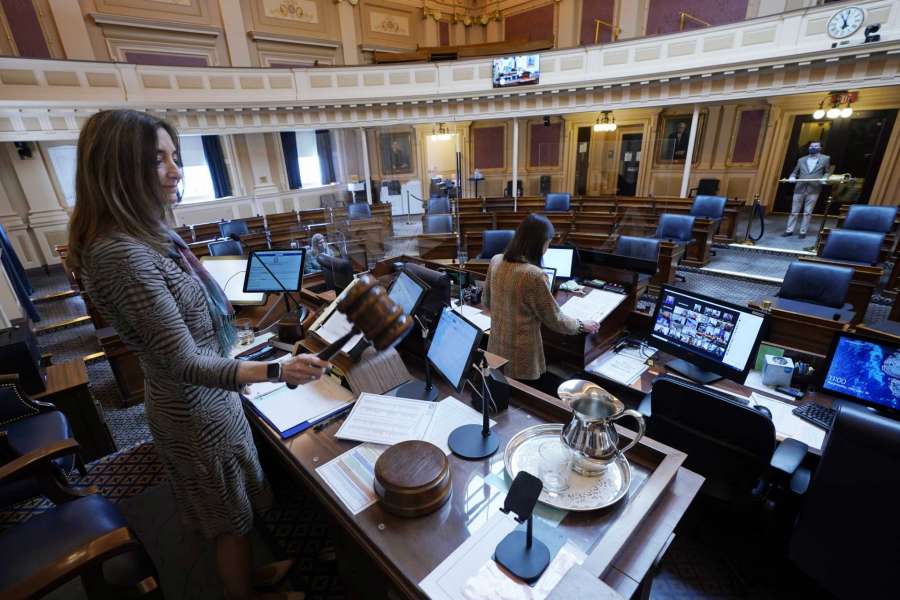