Many cannabis users believe driving under influence is safe 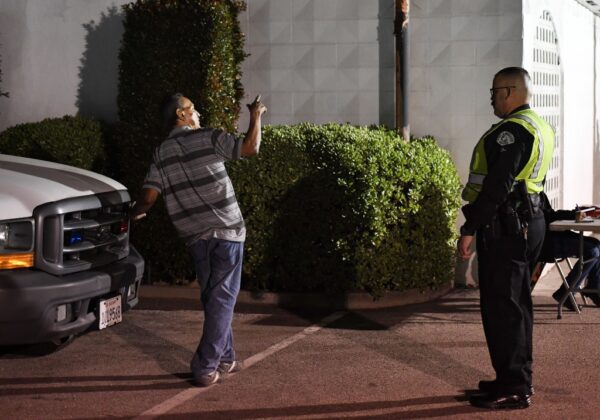 A man undergoes a sobriety test at a LAPD police DUI checkpoint in Reseda, Los Angeles, California on April 13, 2018. Pot may be legal in several US states and the capital, but tokers getting behind the wheel could be in for a downer as police forces crack down on intoxicated drivers. In places like California, where recreational marijuana has been legal. Law enforcement officials and doctors are worried about an increase in people arrested for erratic driving and hospitalized with overdoses. (Photo by Mark Ralston / AFP) (Photo credit should read MARK RALSTON/AFP via Getty Images)

DENVER (AP) – A survey of Colorado residents who use cannabis daily found many believe driving under the influence of the substance is safe.

The Colorado Department of Transportation conducted the survey of 18,000 residents from 2017 to 2019, The Denver Post reported Wednesday.

The department hopes to use perceptions to build a public awareness campaign about the dangers of driving under the influence of marijuana.

The agency said 13.5% of drivers involved in fatal crashes in 2018 tested positive for cannabis.

The Denver Post conducted an independent analysis in 2017 of state and federal data that found the number of drivers involved in fatal crashes in Colorado who tested positive for marijuana more than doubled since 2013.

The transportation department survey made general conclusions about the attitudes of respondents toward driving under the influence.

The more often survey respondents used cannabis, the less danger they perceived in driving under the influence, while some said cannabis helped them drive better.

Cannabis users were skeptical of related laws, policies and enforcement and many did not find available statistics convincing enough to change their behavior.

Cannabis users wanted more information that was “credible, nuanced, and empirical that could prove the dangers of driving after using cannabis,” the report said.