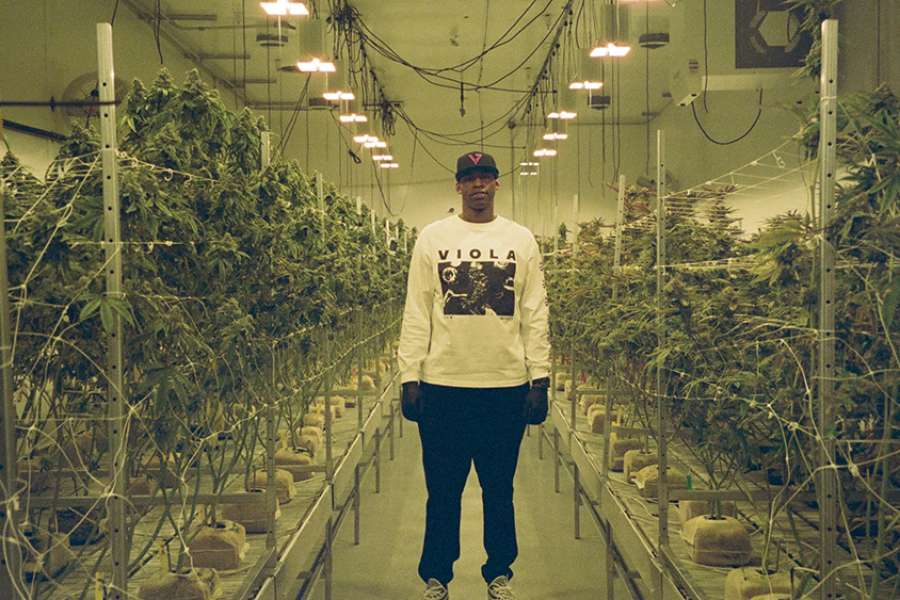 At the center of BET’s latest documentary, “Smoke: Marijuana + Black America,” is a deep analysis of how cannabis has influenced pop culture through the lens of two very contradicting lanes: entertainment and the legal system. Cannabis business owner and former NBA player Al Harrington has occupied two of those fields in his career.

After a 16-year stint as a professional basketball player, Harrington stepped off the court and founded his dispensary Viola (named after his grandmother) with the intent to help advocate for those who’ve fallen victim to the legal system due to marijuana possession and distribution, and to educate communities on the truth about marijuana – something that, once he made it to the NBA, he learned to be different from the “gateway drug” narrative he was taught growing up.

“I was taught that if I smoked weed, then I was going to go to jail, I was gonna end up somewhere drugged out on crack and heroin,” Harrington told Variety. “So, seeing some of the best players in the world use cannabis recreationally and still going out and dominate the games, made me change the way I felt about them. I started to realize that I was being lied to.”

But breaking into the marijuana industry was a challenge for the entrepreneur. Harrington was aware that the world would have to change its mind on the flower once called the “devil’s lettuce” to find some support for his newest endeavor.

“I lost my financial advisor. He dropped me [be]cause he thought I’d go to jail. For him, the guy that I had at the time, he probably was 70 years old. He grew up throughout the real war on drugs, just seeing so many people being incarcerated over it. He told me essentially, ‘since it’s not federally legal, they’re going to make an example out of people like you’ meaning me,” he said. Nevertheless, he persisted with his plan despite the odds.

It’s no secret that professional sports has a complicated history with marijuana usage – meaning hefty fines and suspensions. Still, the tides have been slowly turning more lenient for Mary Jane across the country. In 2020, the NFL announced that it would no longer suspend players for marijuana use. It’s also important to note that as of November, over 80% of the U.S. has taken steps to decriminalize or legalize marijuana. And with new Vice President-Elect Kamala Harris, who also appears in the documentary sharing why she believes in legalization, one would think there’s some hope for the future of the billion-dollar industry.

But even with the soon-to-be first female and POC vice president, Harrington isn’t convinced that legalization will be the first matter on the White House agenda. “That’s gotta be the goal, right? I don’t think that will happen in one term with them. I think what they’ll do is probably start heavy with the expungement. I think the industry will continue to move forward under our environment, but I don’t think for legalization we’ll have extra years.”

Known for her controversial record as a prosecutor, Harris earned the nickname “Cop-mala” as many potential voters became skeptical of her progressive ideas. While she talked briefly about the comments on her past in the documentary, Harrington acknowledges the former senator’s background, saying, “It was a lot of people that probably don’t like her for her past. But, in the world we live in, sometimes, you’ve got to give people second opportunities,” he said. “Both of them made a lot of promises to the Americans in general, but also, people of color and, we’re just gonna see if they’re going to stand up to.”